The Wild '60s: A Review Of David Mitchell's Utopia Avenue

David Mitchell’s latest is a fittingly psychedelic, albeit self-indulgent, trip 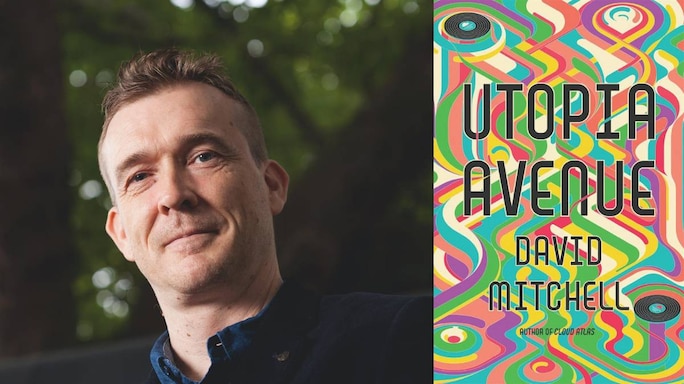 Several of David Mitchell’s nine novels, including his latest Utopia Avenue, share a sibling relationship, but the pleasures of discerning patterns, connecting dots, recognizing references, in-jokes and plot devices are secondary to the thrills of reading each as a discrete work.

Utopia Avenue tells the story of the rise of a fictional, eponymous British band—the action largely taking place between 1967 and 1968—with seemingly every pop legend of the era being wheeled on for a stilted cameo. Mitchell structures the novel like the band’s oeuvre, with each of the six parts serving as one side of an album (vinyl, obviously) and each chapter as a song title. The novel also takes a fantastic detour—a fittingly psychedelic trip. But, at just 30 pages (or so) shy of 600, this is a self-indulgent, overly schematic, frequently tedious and self-congratulatory book. Mitchell is too good a writer for there not to be passages of brilliance, but the overall effect is wearying—like some of those ‘raga rock’ albums recorded by pop stars who’d grown a beard for the first time, smelt some patchouli and listened to Ravi Shankar.

The dismissive ‘OK, Boomer’ meme suggests younger generations are rolling their eyes at 1960s clichés—at that decade’s self-promoting, self-deluding schtick. But, at its best, Utopia Avenue is a reminder of how exciting, how deliriously wild it must have been.