The Family Man Review| An Uneven But Compelling Spy Thriller

Nuanced and cheeky at the same time, The Family Man undercuts our usual expectations of a spy thriller, with a focus on the banality of the work undercover agents do 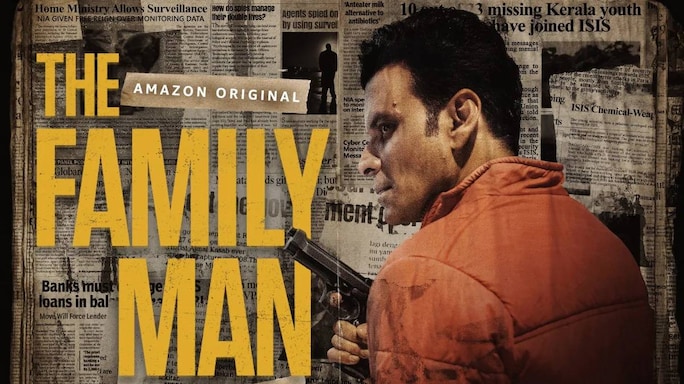 For viewers of a certain vintage, the premise resembles that of the 1994 Arnold Schwarzenegger-Jamie Lee Curtis film True Lies: An espionage agent conceals the true nature of his work from his family, who thinks he is boring; meanwhile his wife yearns for something new, to break the monotony of her own life.

These similarities notwithstanding, the web show The Family Man—created by Raj Nidimoru and Krishna D. K., who also made films like Stree and Shor in the City, and anchored by the terrific Manoj Bajpayee as security analyst Srikant Tiwari—has many other things going for it. Nuanced and cheeky at the same time, it undercuts our usual expectations of a spy thriller; the emphasis is on how banal the work of undercover agents can be, and the high costs of staying in this profession. Even if you are wary of the persistent jingoistic narratives about country-love that we are being fed these days, you will feel for Srikant and his colleagues as they go about their thankless work, often using humour as a coping mechanism. At the same time, the show offers pointed commentary on the brand of terror engaged in by the Hindutva 'gau-rakshak' squads and on the caging of beautiful Kashmir.

Like many Indian web series, The Family Man is a bit uneven: It builds gradually, reaching its peak in episodes 4 to 6—this stretch includes two wonderfully orchestrated single-take action sequences—and then becomes a little diffused in its final stretch. My main complaint would be that after a very tense set of scenes in episode 8 that depict how the lives of Srikant’s wife Suchi (played by Priyamani) and two children are unravelling in separate ways while he is away in Srinagar, the series moves the focus away from the “family” altogether as it rushes to depict the antagonists’ plans to launch a massive terror attack in Delhi. Given how many engaging family scenes there were earlier—involving the growing tension between Srikant and Suchi, as well as the relaxed, wisecracking relationship each of them has with their kids—this is an unfortunate gap in the narrative, only partly compensated for by the track involving a former ISIS recruit named Moosa (a fine performance by Neeraj Madhav).

Taken as a whole, though, this is one of the most compelling shows we have had so far, right up there with Amazon Prime’s earlier Made in Heaven. Like Sacred Games 2, it ends on an unresolved note that will put some viewers off—but the good news is that the cliffhanger ending points to a second season.