The Best From The World Of Entertainment,Books & Music:Raya And The Last Dragon,Sherni,Loki,The Startup Wife and More

Our top picks from streaming books, movies, podcasts, and throwback for June A still from Raya And The Last Dragon

ENGLISH: Like all good Disney animation films, RAYA AND THE LAST DRAGON is set in a fantasy world, Kumandra.As monsters turn all living creatures into stone, dragons sacrifice themselves to save humankind. When Kumandrais again threatened, only the princess Raya can save the world with Sisu, the last dragon. Premier-ing on Disney+Hotstaron 4 June, the film promises to take the breath away.

HINDI: The warm, insightful stories of Satyajit Ray have, for long, been essential reading for Bengalis, but RAY, an anthology film releasing on Netflix on 25 June, gives the rest of the world a chance to access the wonder that is his literature. Directed by Abhishek Chaubey, Srijit Mukherji, and Vasan Bala, the anthology's four shorts are each inspired by the legendary filmmaker’s literary oeuvre.

With his much-ac-claimed Newton, Amit Masurkar captured brilliantly the loneliness of upright government officials in India. With SHERNI, the director seems to be hoping to repeat that award-winning performance. This time, a forest department officer, played by Vidya Balan, seeks to balance animal preservation and human needs. The film is all set to release on Amazon Prime Video this June. 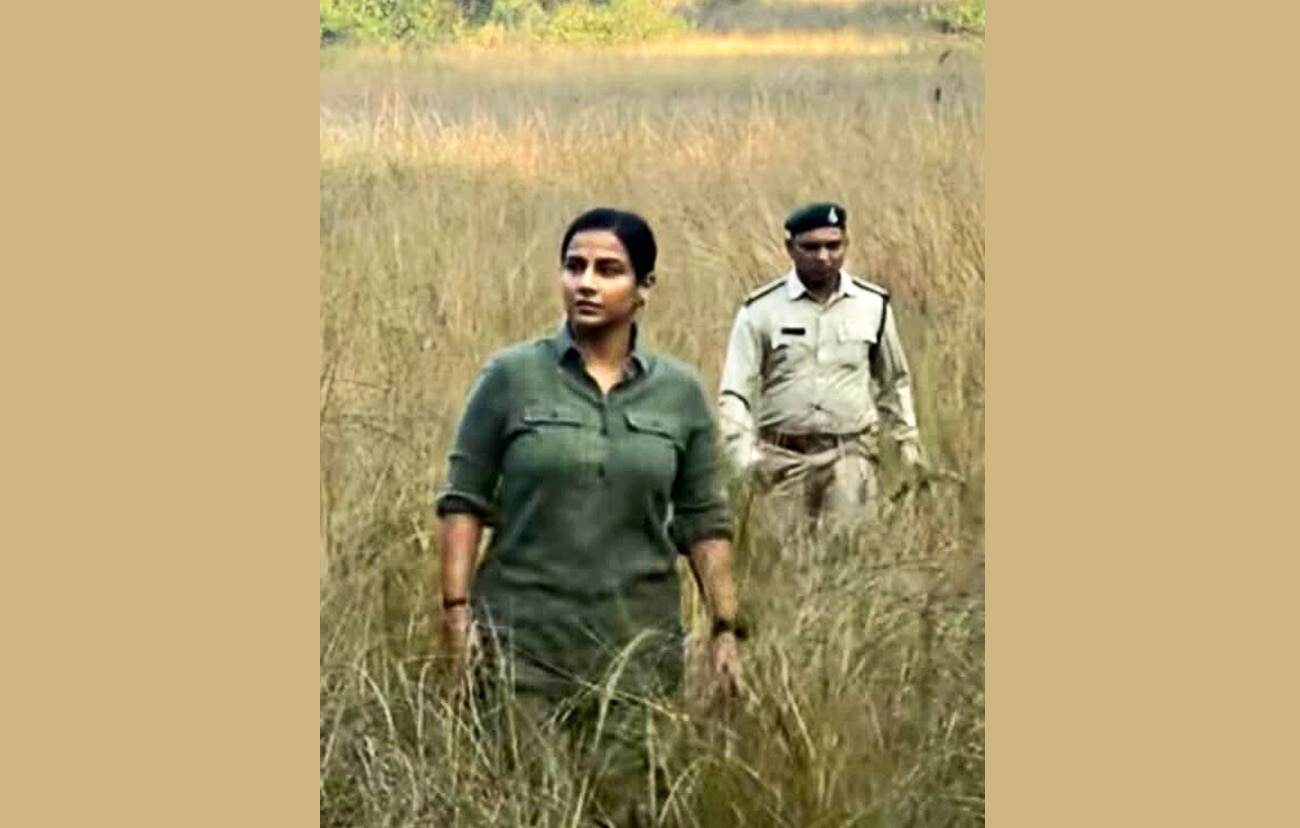 TAMIL: Witty dialogue is as essential to a gangster film as thrilling action. Premiering on Netflix on 18 June, JAGAME THANDIRAM has a bucketful of both. Dhanush plays the protagonist, Suruli Rajan, the ‘original gangster, who is hired by London-based mafia boss Peter Sprott (James Cosmo) to infiltrate a rival gang. As Surulitravels from Madurai to London, he is left with a choice—good or evil? Loki Season 1: Of all the antagonists in the sprawling Avengersuniverse, Loki is, perhaps, the only one who proves impossible to forget. He disrupts the moral status quo while leaving you in splits. It should come as no surprise then that Marvel has given Loki(Tom Hiddleston) his own series. Releasing on Disney+Hotstar on9 June, Loki will see the God of Mischiefencounter alternate versions of himself.

Dom Season 1: Coming to Amazon Prime Video on 4 June is Dom, a much-awaited Brazilianthriller–crime series. Inspired by true events, the show tells the story of Victor and Pedro, a father and son who find themselves on opposite sides of the law in Rio de Janeiro. Victor is an upstanding cop, trying to rid his city of cocaine and crime, while Pedro starts making his way up from drug runner to gangster.

Tahmima Anam’s first novel, A Golden Age-a book about the Bangladesh Liberation war but, also, ostensibly, about her parents—was as beautiful as it was moving. Its sequel, The Good Muslim, was longlisted for the Man Asian Literary Prize. Those who have been in love might find her2016 novel, The Bones of Grace, devastating. It really is good news that Anam is now releasing her fourth novel. The Startup Wife tells the story of Asha Roy. A brilliant coder, Asha is well on her way to becoming the harbinger of an AI revolution, but then love happens. She marries Cyrus. They create a platform that personalizes the everyday rituals of millions. They strike gold. Cyrus becomes famous, Asha plaintive

India And the Silk Roads: The History of a Trading World (HarperCollins): Jagjeet Lally asks a key question—what happened to India’s prosperous caravan trade once sail and steam came into vogue?

The House of Scindias: A Saga of Power, Politic sand Intrigue (Roli Books): Rasheed Kidwai writes about the Scindias, a royal family that has given us some of our more enigmatic and canny politicians.

Keeping in Touch(Context): Written by Anjali Joseph, winner of the Desmond Elliot Prize, this is a novel about Anjali, who is charming but commitment-phobic, and Ved, who is smitten but a tad toxic.

The Heartbeat of Trees: Embracing Our Ancient Bond with Forests and Nature by Peter Wohlleben (Penguin Viking): News about climate change might make you feel that we have lost our connect with nature altogether but Peter Wohlleben assures us that our relationship with the natural world, forests, in particular, is too old to be so ruthlessly and suddenly broken. The forester argues that nature speaks a language we do and that consciousness sees no difference between flora and fauna.

Listening to Hari & Sukhmani perform ‘Kali Teri’, one thinks it belongs on the Monsoon Wedding soundtrack. It’s not just that the video of the song features marigolds, it’s also because the sensibilities of Hari Singh Jaaj and Sukhmani Malikseem to mirror that of Mira Nair’s 2001 film—it makes Punjabi culture accessible and also cool. Hari and Sukhmani fuse folk and electronica to create ‘folktronica’—a sound both urban and earthy. We’ve all heard Kari Teri Gut’, but the Chandigarhduo imagines it anew.

In order to successfully create a crossover music, the kind that takes as its inspiration aesthetics of more than one culture, musicians need to be mindful of the rules that make each of their influences great. Hari and Sukhmani don’t ruin ‘KaliTeri Gut’ by slowing it down. They, instead, give us a chance to hear the melodic potential of a tune we only thought of as peppy. This is an experiment done right. 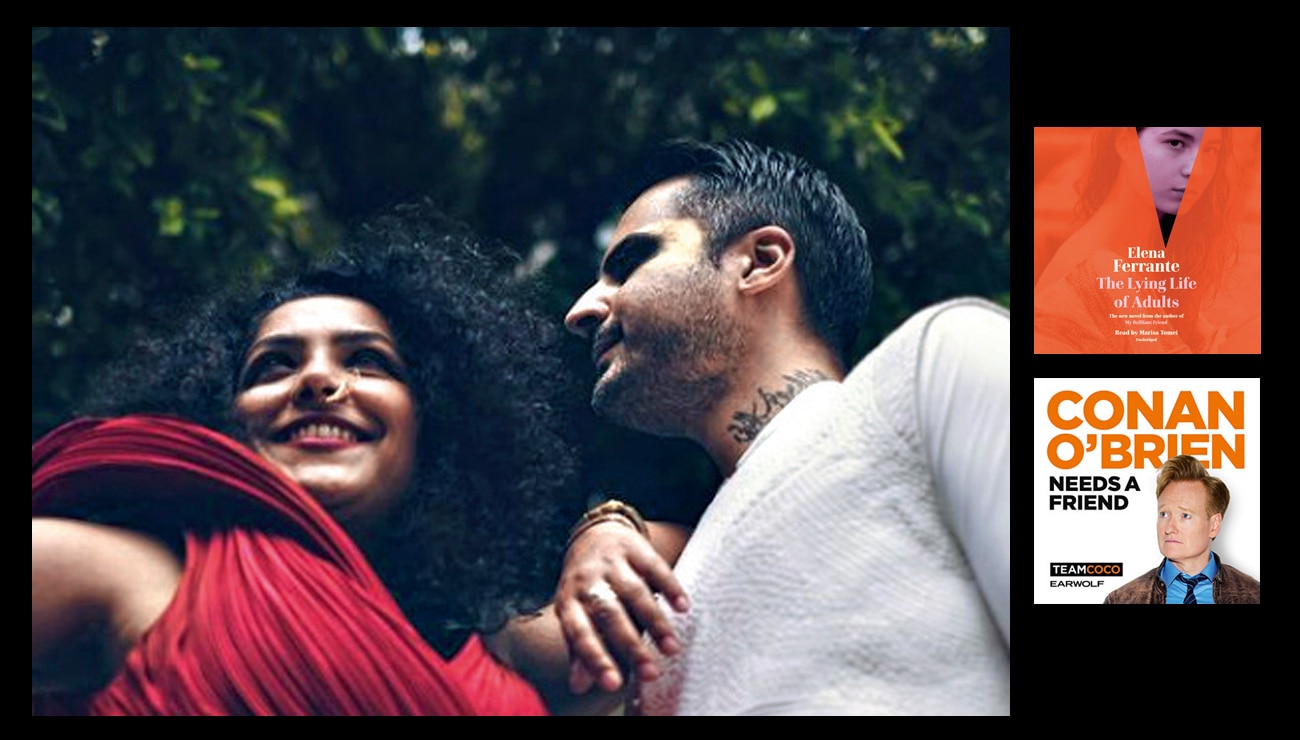 AUDIO-BOOK: Set in a divided Naples, Elena Ferrante's latest novel,THE LYING LIFE OF ADULTS, was described by Elle magazine as a “literary event”.Hear actress Marisa Tomei read it and you see why.

PODCAST: After spending 25 years hosting Late Night, Conan O'Brien realized that no celebrity he interviewed was his friend. He’s started the podcast CONANO’ BRIEN NEEDS A FRIEND to correct that