An Oil on canvas painting on the landscape of the Banaras Town that captures its deep anguish-like state. 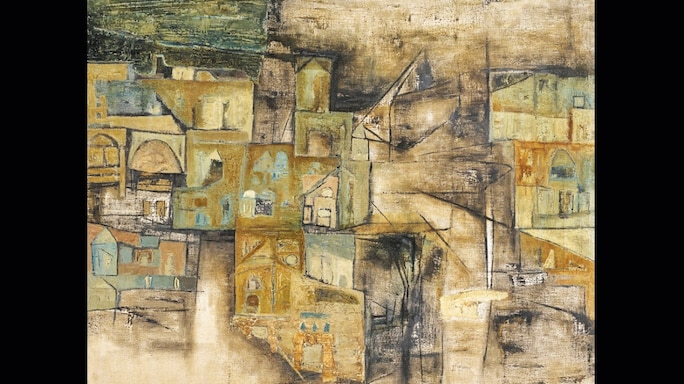 IN 1960, artists M. F. Husain and Ram Kumar arrived on the ghats of Banaras. Husain was garrulous while Kumar was reserved. They reached the city in the middle of a winter night.An otherwise bustling Banaras resembled a ghost town. Kumar would later say, “I thought the city was inhabited only by the dead and their dead souls. Every sight was like a new composition,a still life artistically organized to be interpreted in colours.”Deeply impacted by the space, suffering what he called “metaphysical anguish”, Kumar stayed on in Banaras even after Husain left. His art, as a result, transformed forever. As Kumar began painting Banaras in 1966, he moved from a figurative style to an abstract one. In this painting, for instance,the artist concentrates only on Banaras’ architecture, giving it a Cubist expression. Though Kumar was fascinated by the buildings themselves, he felt they had“an inner life of their own, deep and profound”. This, perhaps,is something Kashi’s new architects must remember.