Devika Rani Through The Eyes Of Svetoslav Roerich

Eminent artist, Svetoslav Roerich, three of whose paintings adorn the Central Hall of Indian Parliament, believed that portraits bring out the best of the human characteristics. Devika Rani, one of India's first superstars, was his wife and muse 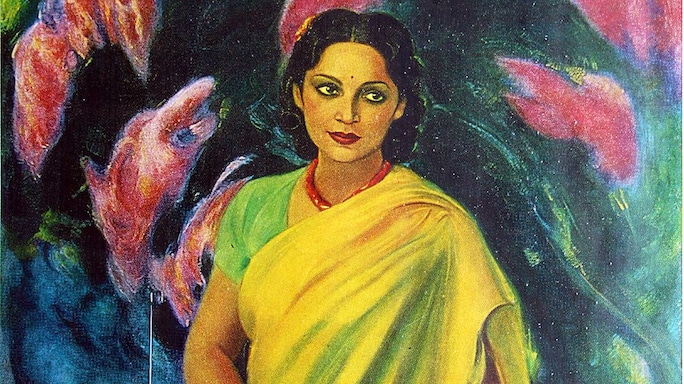 In 1944, Devika Rani, the ‘First Lady of Indian Cinema’, was visiting the famous painter and mystic, Nicholas Roerich’s son, Svetoslav, seeking his help for a set design. This led to her becoming the romanticist’s muse and wife, and leaving Bombay cinema for good.

Called the ‘Indian Greta Garbo’, she was the leading lady in iconic films such as Achhut Kanya (1936), Janmabhoomi (1936) and Savitri (1937). Rani was also the first actress to have featured in a four-minute-long kissing scene in a Bollywood film with her first husband Himanshu Rai.

Holding flowers in her hands and dressed in bright colours, Rani was a frequent subject of the younger Roe-rich’s paintings. “She is represented here like nature transformed into ‘spirit’ (angel)”, says Dr B. L. Shankar, president, Karnataka Chitrakala Parishath, about this portrait.

Having settled in Bengaluru, the couple remained a presence at the city’s cultural scene, until they passed away in the early ’90s.