In her new novel, The Blind Matriarch, author and co-director of the Jaipur Literature Festival, Namita Gokhale speaks of the resilience women and families have shown during the pandemic and the renewed importance of pluck and perseverance You started writing your first novel,Paro: Dreams of Passion, 40 years ago. Since then you’ve published 20 books. What makes you so prolific?

I don’t think of myself as prolific. I'm one of those people who operates on nervous energy. I’m also very good at doing nothing. So, I’m not always able to reach that perfect balance of doing as much as I should be doing and not more. If I do, however, compress a lot of pointless activity into my day, then I often seem to operate better. If I don’t, if I try to do what other people call ‘relaxation’, then I fall into one of my favorite hobbies, which is hypochondria.

Your new novel, is set during the pandemic. How do you think COVID has changed our relationship with mortality, with ageing?

The first lockdown, as experienced by many people, was a softer run. I think most of us are aware, in some part of our consciousness, that we are mortal,though we try not to remember it. But during that the second wave, mortality assumed a different dimension altogether. And there’s just a rippled mirror of that showing through in the book.

Maybe I’m just getting older, but I don't think that is the story. In fact, when I finished writing it, I was wondering what happened to the sex lives of my characters. Khushwant Singh had said I write about, love, lust and death, but here, it was mostly about just death and survival. I observed only later that this novel was about a different plane of human interaction.When I reread it, I said,“Who on earth will read this book?” Because nobody seemed to be doing anything except cooking ladoos or something like that. But apparently people have enjoyed reading about old women cooking ladoos.

In Matangi-Ma, your protagonist, we find a woman whose spirit even blindness can’t break. Is her resilience hers alone or do you think it’s something all women inherit?

It is the resilience of a generation, which I’m not sure if some of our subsequent generations have to the same degree. Her strength is the strength of the downtrodden. The more the Indian woman of that generation was repressed, suppressed and troubled, the more she rebelled quietly but persistently. It happens in every sphere of life—as things get easier, resilience decreases because the guard is not up for whatever reason. There are many young women who have a lot of spirit, and who have all the most inspiring ideas about equality, equity and gender parity,but they may not have been tested in the way that Matangi-Ma’s generation was. Their strength came from a different source.It didn’t come from ideas; it came from a stubborn refusal. They would not be ground into nothingness. 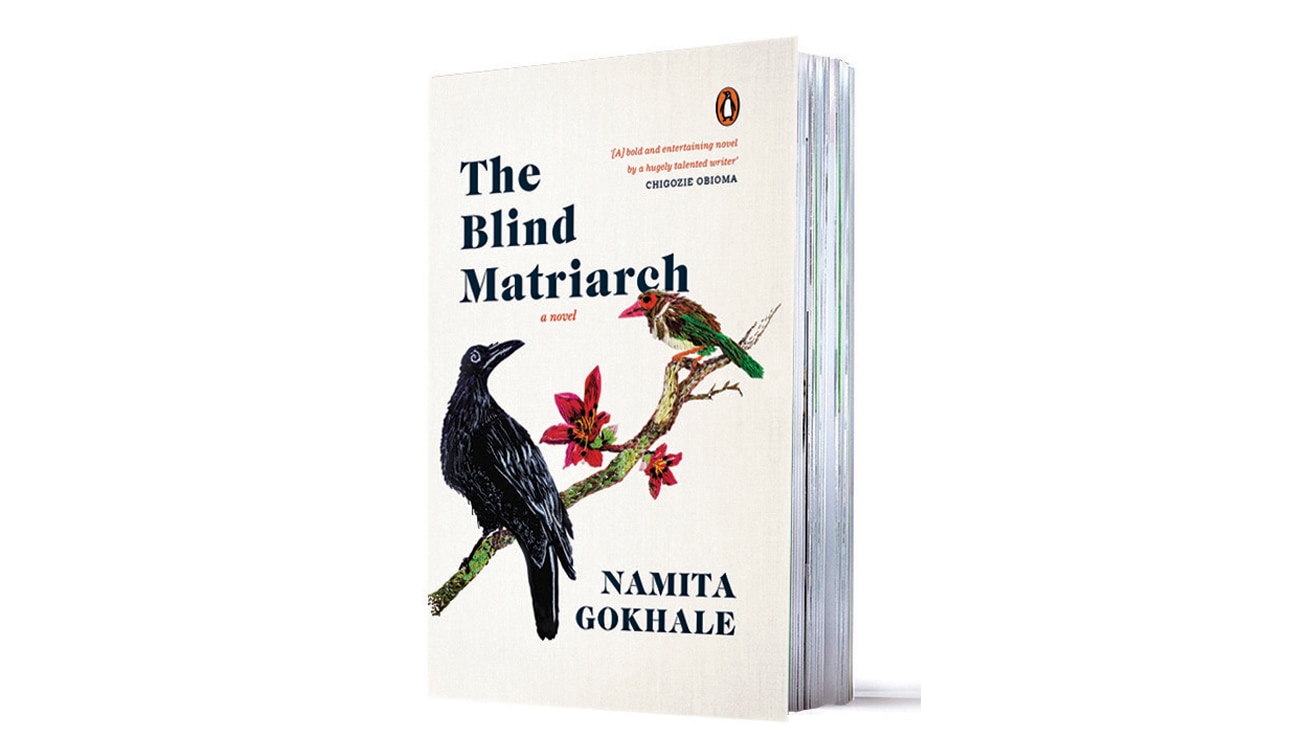 Reading your book, one sees that the family unit can be a source of both comfort and violence. Isn’t it, at times, risky to throw in your lot with this unpredictable structure of togetherness?

Not in India,I don’t think. Because we don’t have a social security network. In a society where there is a social security network, it’s easier to look to individuation and personal growth.But as many people discovered during the pandemic, the Indian family can be a last resort of safety and security. And I’m fascinated by the Indian family as an emblem of so many other things about India—it can be cruel, it can be dysfunctional, but it can also provide great solace and strength.

Matangi-Ma loves Kyunki Saas Bhi Kabhi Bahu Thi, but is disappointed when “Tulsi … went back to being Smriti Irani.” Given all our troubles,is fiction a better home than fact?

Not at all. Because fact has the scope to do anything. In fiction, you have to at least sound realistic. There are all kinds of constraints when you write fiction, whereas fact can go almost anywhere at any time. And the scope to be ab-surd, to be fantastic, is so much more when one is rooted in fact.

You have, of course, authored books like The Book of Shiva and In Search of Sita. Seeing how mythology gets taken literally these days, would you advise steering clear of gods?

I have taken on some difficult and contentious issues. When I first wrote In Search of Sita, a lot of people said,“Oh, you’re going to get into trouble for this one.” But both the right and left endorsed it in different ways. And then when I was doing Finding Radha,which is actually quite a subversive book, I didn’t get into any controversy. I think it’s not for me to advise anybody. But I think in myth, if a controversy comes off, it leads to a resolution and to a deeper understanding. Hindu myth can absorb so much, so, so, much, and give so many new dimensions to every interpretation of anything.

You also recently released a play,Betrayed by Hope. Is it meant for the shelf or the stage?

I had read and reviewed two books on Michael Madhusudan Dutta—his letters and a biography. Something about it all reached out to me. He shared a birthday with me. He loved cognac, as I used to. He was a doomed, Promethean figure. I felt his pain. The structure of the play leapt out of the structure of the letters. I felt they automatically divided themselves into five distinct acts. So, I don't know whether it is meant to be staged, but a radio play of the script has just been made by Storytel.

Finally, for writers who work in isolation, is there something beyond recognition and a sense of community that events like the Jaipur Literature Festival afford?

I have benefited hugely as a writer from my interactions with other writers at the Jaipur Lit Fest. Because I’m always backstage, attending to things—somebody has lost a laptop or their phone, someone needs the loo—I’m not always able to talk about things literary with the stellar people I encounter there. But I think the idea of the writer as an isolated, lonely person is true when they are writing, but in the time between writing, on those monotonous days when people are pushing their books, it’s a joy to interact with like-minded people who share the same interests, to learn from them, to argue and disagree. I think it works.