Does season 8 of Game of Thrones really deserve all the hate it's getting? 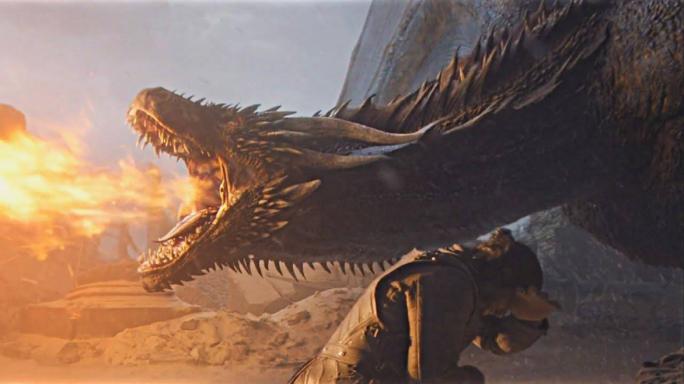 Could he have known his limitless imagination was going to be turned into a visual phenomenon that would change television forever?

Did it feel like prose-ish justice when HBO purchased the rights of the book Martin started writing after he was fed up with being told to curb the epic-ness of his storytelling by networks he had written pilots for before?

Can he critically appraise the route he may be taking as opposed to the end prolific writer-director duo David Benioff and D. B.Weiss's spun?

Eight years of game-changing television, 78 hours of genre-defying cinematic experience and a riot of emotions later I am in awe and grateful for the team behind the scene who worked tirelessly to bend the rules of series storytelling. Even though fans, critics and I have been busy loving the show fiercely and tearing it apart from time-to-time, we must show Drogon-Grace in accepting the end of the series with an episode created to show us our true place in the animal kingdom and teaching us that life isn't always fair, however, we must move on. And while doing so, we must admit, few of us could have thought that the very object of everyone’s affection—the coveted Iron Throne—would be reduced to molten lava by Drogon, enraged and in pain after Khaleesi’s death. The most feared and powerful creature in all of Westeros showed grace under duress by not blaming and murdering his mother’s killer (the ever-clueless Jon Snow) instantly but decimating the end goal (the Iron Throne) that had for so long driven all the noble families on a path of bloodshed fuelled by blinding power.

Reduced to putty in the hands of storytellers, every episode pre-empted a different ending. Naturally, it left you guessing till the next episode aired and rubbished your amateur 'Who'd-Sit-On-It (Iron Throne)?' theories.  If the first three episodes (Winterfell, A Knight Of Seven Kingdoms and The Long Night) were about fear, hope, survival, the pursuit of relationships and bravado in the face of death, the last three episodes up until, The Iron Throne (aired on 20 May 2019) was about the mercurial destruction caused by hate and war. The final episode stitched together a narrative that never lost sight of retribution. The shock you felt at young Bran being mercilessly thrown out of a tower by Jamie Lannister in the first season in the first season came full circle to transform into relief. 'Bran-The-Broken' was crowned the rightful heir to the throne. An oxymoron-ish play when you consider ‘Broken’ and ‘Ruler’ in one titular claim, the writers cleverly turned Bran’s disability into his power. A rare thing you see being celebrated nowadays, the end justified the means.

Like the legions of fans, it pained me every time a character I had grown fond of was killed off mercilessly. But I stayed on, season after season, because of the magnitude of the show and its ability to immerse me into a universe where surrealism, magic and stark realism co-existed.

To the team of writers and master storytellers, thank you for eight glorious years.