Conservationist and founding director of the Mussoorie Mountain Festival, Stephen Alter is the author of more than 20 non-fiction, fiction and children’s titles. His latest novel, Birdwatching, is a tale of intrigue and mystery set against the 1962 Sino-Indian war. 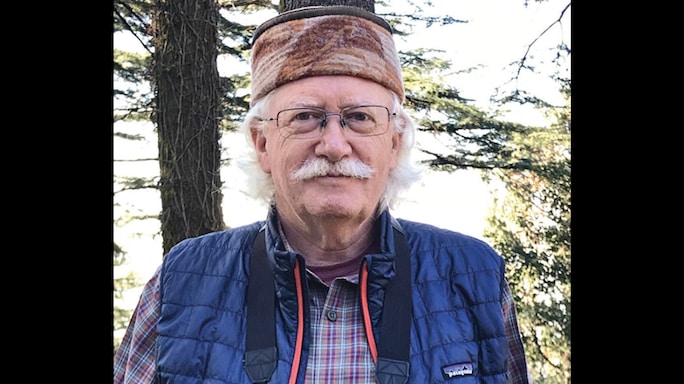 A novel I’ve reread three or four times. This book always surprises me with its magical, hypnotic evocation of Sri Lanka—an island paradise on the brink of chaos and civil war. The characters are unforgettable, yet each time I meet them, they fascinate me with their fresh stories and unique voices, full of poignancy and nostalgia.

Into The Silence: The Great War, Mallory And The Conquest Of Everest By Wade Davis, Random House

A brilliant history of mountaineering that convincingly shows how the horrors of WWI drove British climbers to attempt the summit of Mt. Everest in the 1920s, searching for solace and redemption. Mallory and Irvine’s disappearance lies at its heart but there are also many fascinating facts and personalities. It’s one of those big books that ends too soon.

An all-American novel about love, money and class. I’ve taught this book in creative writing courses, and it never seems to grow old. Several attempts have been made to turn it into a film but none can match the book itself. Even Leonardo Di Caprio doesn’t quite succeed in embodying the larger-than-life personality of Jay Gatsby, whose obsessions and secrets make him an icon of the American Dream—an ultimately self-destructive Trumpian nightmare.

Kafka On The Shore By Haruki Murakami (translated By Philip Gabriel), Random House

As with all of Murakami’s books, this novel is impossible to summarize. The story is of a teen runaway, Kafka Tamura, whose wanderings take him into a hallucinatory world of talking cats, imaginary libraries and impossible love and longing. Murakami is the only writer who can turn Johnnie Walker and Colonel Sanders into convincing fictional characters.

The Solace Of Open Spaces By Gretel Ehrlich, Daunt Books

This memoir begins with tragedy and an escape from New York into the wild, seemingly vacant lands of Wyoming. It is an intensely personal book but also a moving and provocative treatise on our relationship to the earth and natural history. Ehrlich’s prose verges on poetry and her fierce devotion to protecting, appreciating and preserving different forms of life is inspiring.

Mountains Of The Mind: Adventures In Reaching The Summit By Robert Macfarlane, Vintage

Nobody writing today can match Macfarlane’s perceptive vision of wild places and remote landscapes. Anyone with a fascination for mountains will find new insights and revelations in this book, which takes us to high places and casts new light on ancient summits, ridgelines and glaciers. He describes a vertiginous sense of fear and beauty that ignites sublime epiphanies of rock and ice.

The Valley Of Flowers: An Adventure In The Upper Himalaya By Frank S. Smythe, Speaking Tiger

Of all the great climbers and mountain writers of the 20th century, Frank Smythe was the most lyrical and provocative observer of Himalayan landscapes. In this story of his exploration of the Bhyunder Valley in Garhwal, he combines mountaineering and plant hunting with philosophical ramblings over vertical terrain.

A modern literary miniature set in Delhi, this is a story about family relationships but also individual aspirations, jealousy and loss. Using subtle but musical language, Desai allows us to enter the private world of her characters, which is both suffocating, yet strangely uplifting in its intimacy, sorrow and expectations of escape.

Another novel I reread once every few years. This is the story of a young man’s friendship with a ‘Bohemian’ girl who emigrates with her family to the American West. Full of atmosphere, sadness and human hope, Cather’s writing is simple yet rhythmic and passionate, her words painting visual imagery that brings the prairies alive.

The Nutmeg's Curse: Parables For A Planet In Crisis By Amitav Ghosh, Allen Lane

Part history, part ecological meditation, Ghosh’s book revisits many of the themes he has explored before, from colonialism to climate change. The story of nutmeg as a botanical species, a commodity and a spice, is transformed into a compelling allegory of how the natural world is exploited for human gain and greed.