For A Just Cause

Photographer Shahidul Alam tries to highlight people who fight for justice through his work. 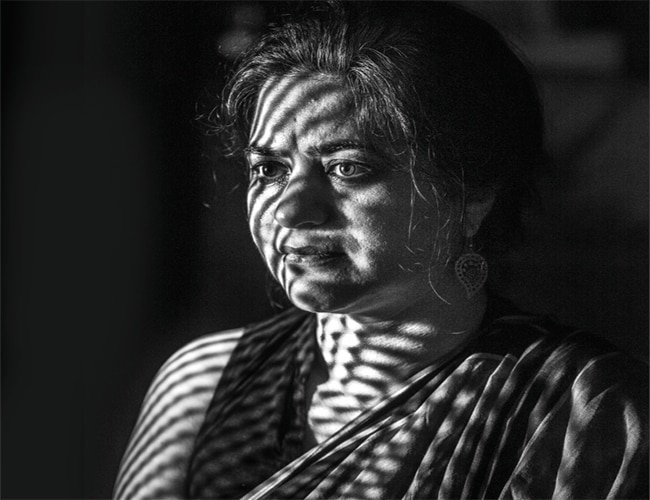 Bangladeshi photographer and social activist Shahidul Alam's friend Sara Hossain is a human rights lawyer, who defended him in court when he challenged the state in 2010. This photograph is from Kalpana's Warriors, a series on Bangladeshi activists, inspired by Kalpana Chakma, a 23-year-old who disappeared in 1996 while fighting for the rights of the marginalized people of the Chittagong Hill Tracts. "I see a quiet strength is this image that epitomizes her [Hossain] courage and strength. Qualities that Kalpana had in abundance. It's a photograph of one warrior who has stood up for another," he says. The original exhibit was created using laser etching on a straw mat in black and white with a candle placed in front. "By highlighting people who continue to fight for justice, no matter how difficult it is, or how long it takes, I hope people will never give up fighting for a just cause," he adds.