The Brave Queen Who Refused To Bow Before The Mighty Akbar

Rani Durgavati wanted to conclusively decimate the Mughals through a surprise night attack but her councillors, fatally, refused. The inevitable happened and many of the subordinate rajas defected 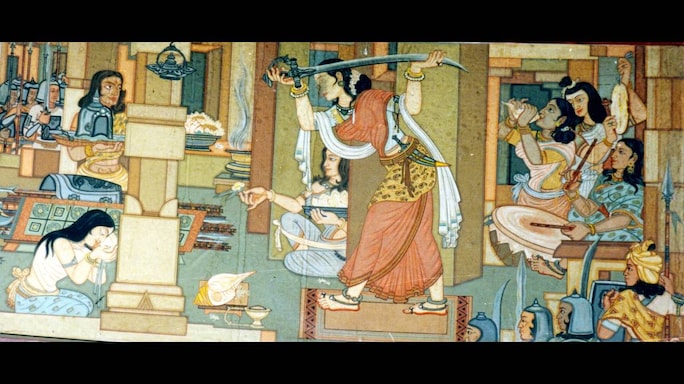 Rani Durgavati (centre) preparing for the battle against Mughals in the valley of Narrai (Fresco by Beohar Rammanohar Sinha, via Wikimedia Commons)

The land of Gondwana in central India was inhabited in the sixteenth century by Dravidian-speaking tribes who, according to Abu’l Fazl, "live in the countryside, where they occupy themselves with eating, drinking and copulating." He further points out that "they are a base tribe and the people of India despise them …" The truth, however, was more complicated, for Gondwana was ruled by Rani Durgavati, who even Abu’l Fazl had to admit was an exemplary leader. "In courage, tactics and generosity she had attained a high level and through these good qualities she had unified the whole country." She led her troops into battle herself, 20,000 expert cavalrymen and 1,000 fierce elephants. She was a good shot with the bow and arrow as well as the musket and it was her habit, whenever she heard that a lion had appeared in her kingdom, to drink no water until she had shot it.

Rani Durgavati was born into the prestigious but impoverished dynasty of the Chandels, and her father was compelled to marry her to Dalpat Shah, of the less illustrious but considerably wealthier Gond dynasty of Garha Katanga, which at that time included some Rajput and Gond principalities. When Dalpat Shah died in 1548, Rani Durgavati’s son, Vir Narayan, was only five years old but the rani took over as regent of the kingdom with aplomb and ruled her kingdom wisely and well for sixteen years, amassing riches and treasures. She defended her kingdom with admirable courage, repulsing the attacks of Baz Bahadaur and some ambitious Timurid mirzas. She also had, according to Nizamuddin Ahmad, "a complete share of beauty and grace." Her only fault, sighed Abu’l Fazl, was that "she was overly proud of her success and was not obedient to the imperial threshold." When Akbar decided to bring these prosperous and fertile kingdoms, rich in forests and in war elephants, into the Mughal Empire, he sent Asaf Khan, a Persian courtier, to subdue the region after initial negotiations had failed. Asaf Khan first conquered Panna and then turned towards Gondwana. Rani Durgavati strapped on her armour and, using her knowledge of her country, the steep ravines, the thundering Narbada, the unknowable forests, lured the Mughal forces into a trap and inflicted a resounding defeat on them. She wanted to conclusively decimate the Mughals through a surprise night attack but her councillors, fatally, refused. Inevitably, as anticipated by the rani, they were then outnumbered by the cresting Mughal forces as many of her subordinate rajas defected to the enemy. In the end, when the troops were fighting hand to hand, with the rani’s men dying in gallant numbers beside her, and as the arrows began to thud into the rani herself as she directed operations from her war elephant, she decided that to flee this scene of defeat would be a dishonour she could not live with. Rani Durgavati gauged the span and heft of her glory and all that she stood to lose, and killed herself with her dagger and her vast lands and enormous treasure fell to the Mughal Empire.

When Asaf Khan then took the neighbouring Chauragarh fortress, defended to the death by the rani’s son, as gallant as his mother, there were further, more aberrant deaths. "There is a custom among the Rajputs of Hindustan," wrote Abu’l Fazl, "called jauhar: In such situations wood, cotton, chips, oil and the like are piled together, and the women, willingly or unwillingly, are burned." In Chauragarh fortress, the fire blazed for four days and any woman who shirked from the flames was beheaded by two attendants assigned to this task. At the end of four days, when "the harvest of roses had turned to ashes", two women, miraculously, were found alive, shielded by a large piece of timber. They were Rani Durgavati’s sister, Kamlavati, and a princess of Puragadh. Both the women were taken to the Mughal court.

The treasure that Asaf Khan discovered at Chauragarh was staggering. It included paintings, statues inlaid with jewels, gold idols, a hundred pots of gold coins, and 1,000 elephants. So beguiling was this wealth that Asaf Khan "sifted the dust of misfortune" over his head and sent a paltry 200 elephants to Akbar, burying the rest of the treasure for himself. When Akbar learnt of this dishonesty, Abu’l Fazl tells us that he "disregarded the objects and overlooked his treachery." However, it is more likely that at only 22 years of age, Akbar did not think he was strong enough to censure all who defied him, and preferred to allow Asaf Khan to believe he still enjoyed the Padshah’s confidence. 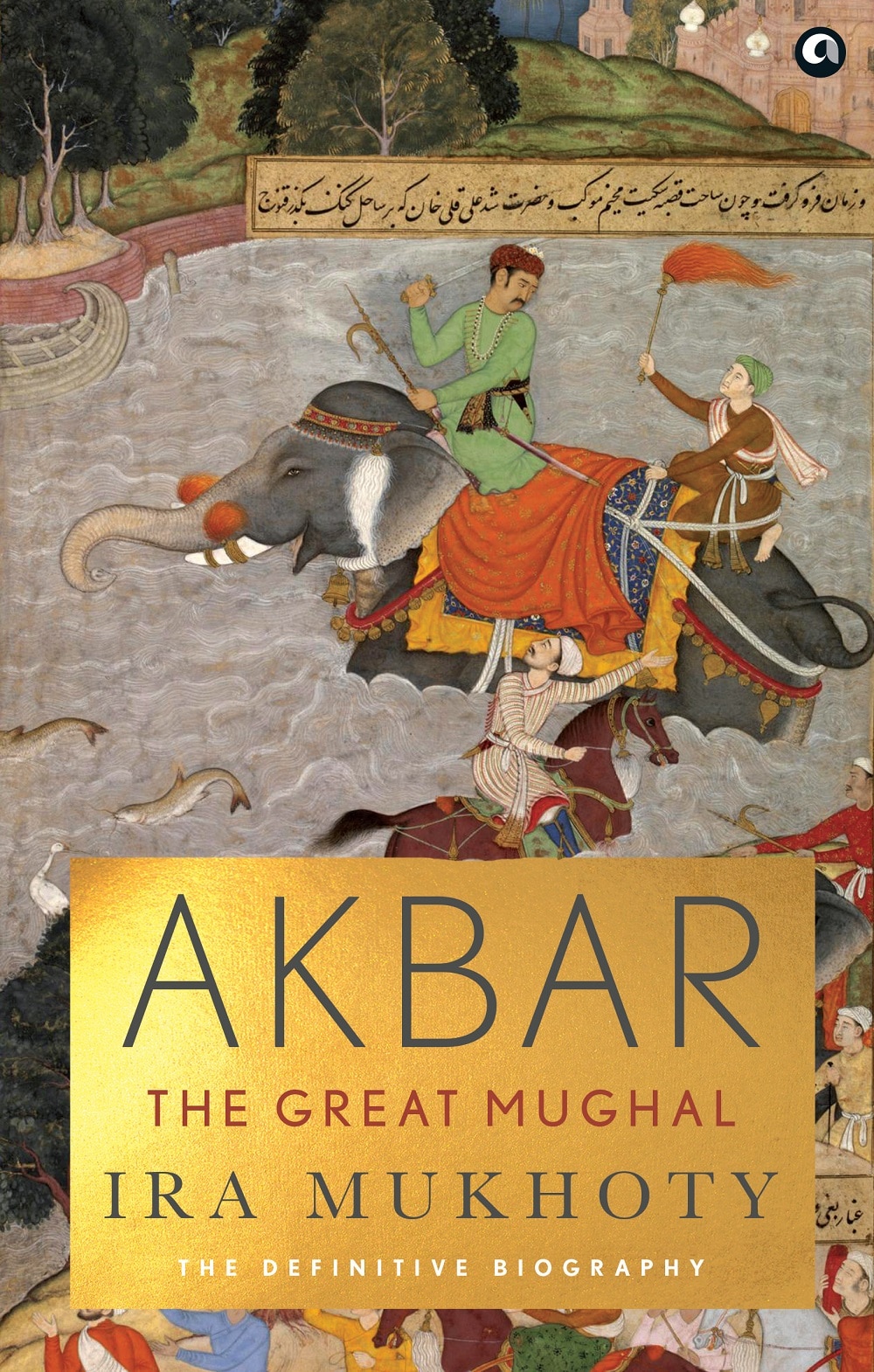 "He never gave anybody the chance to understand rightly his inmost sentiments," Daniello Bartoli, a Jesuit writer, would write later about Akbar, "… a man apparently free from mystery or guile, as honest and candid as could be imagined: but in reality, so close and self-contained, with twists of words and deeds so divergent one from the other, and most times so contradictory, that even by much seeking one could not find the clue to his thoughts." The Jesuits would have reason to lament their failure to understand the Padshah’s innermost thoughts, even unto his deathbed. But even at a much earlier stage, Akbar was an enigma, and those who grew complacent in their certainty, like Adham Khan, found themselves taken unawares by his unpredictable outrage. And while Akbar chose to ignore Asaf Khan’s treachery, in due time, it was not only his foster family but even his own family members who would be called upon to explain their every dubious action.

Excerpted, with permission, from Akbar: The Great Mughal by Ira Mukhoty, published by Aleph Book Company

Do You Like This Story?
35
5
Other Stories
Please enter valid text
Must Reads
Latest Issue