Politically Incorrect: A Review of Tandav

Much like the politics it depicts, Tandav is messy, clumsy and avoidable 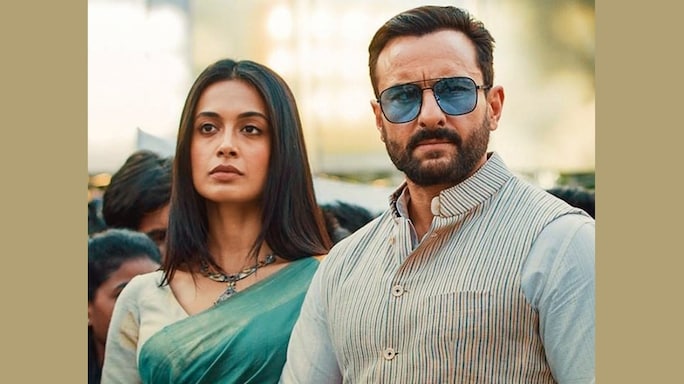 The quest for that elusive kursi (throne) rages on in Ali Abbas Zafar’s Tandav (Amazon Prime Video). The web series covers tropes synonymous with modern-day politics—hashtag battles, slander, backstabbing. But there is something inherently disingenuous about the way this Saif Ali Khan-starrer plays out.

In some ways, it seems like a school play where cabinet ministries are being distributed like candy and the prospect of being elected commander-in-chief seems as facile as being appointed class monitor. Political scion, Samar Pratap Singh (Khan) can’t wait to take over the reins. To assume office he must succeed his three-time PM-father (Tigmanshu Dhulia) and compete with party favourites (Dimple Kapadia, Kumud Mishra). Things take a predictably murky turn when details of a staged heart attack surface, threatening to take down the one who had engineered it.

Then, there’s a tiring track about student politics where Mohd Zeeshan Ayyub channels his inner Kanhaiya Kumar. The hitch here is that every twist is evident from miles away and the suspense only bores us to bits. Khan seems smug, playing the politico who’d stop at nothing; his reading of the character barely goes beyond the tailored kurtas and designer shades. Kapadia and Mishra are restrained, but neither steal the show. The sharpest here are Sunil Grover and Gauhar Khan, both playing second fiddle to Khan and Kapadia, respectively.

Tandav ends on an ominous cliff-hanger, leaving us horrified at the prospect of a sequel. As a wise man said, the worst is yet to come.