When he thinks about it, an old anger flickers to life. He had begun to dream of her as a mentee, but she had not considered him a mentor.  She had fooled him The playground is a rectangle of concrete, surrounded first by a slim row of trees wilting in the sun, then by the five-story building of the school. The physical-training teacher, in collared shirt and ironed pants, his mustache thick as a shoe-brush and his bald pate shiny, stands in the sun and shouts commands for the students to march in rhythm, arms raised in salute, feet landing sharply on the ground.

The girls, his students, are thirteen years old, their skirts down to their knees, bra straps falling off their shoulders, tired socks curling off their shins. Many have cleaned their white sports shoes with a rub of blackboard chalk. Now their backs slouch, and their arms flop when they should be rigid as blades.

“Haven’t you seen,” PT Sir scolds as he walks down their rows, “the soldiers’ procession on TV? You should look exactly like that!”

Republic Day, the national holiday celebrating the country’s constitution, is coming up, and this will not do. The students’ parade, the most patriotic performance on this patriotic occasion, is PT Sir’s responsibility. It is the one time in all the school year when he, this odd teacher who teaches not geography or mathematics or chemistry, not even home science, showcases his work. Well, he thinks meanly about himself, that is other than all the times he steps up during assembly to fix a malfunctioning microphone, the only man at this girls’ school called on for handiwork. A march past event at a school (Photo used for representative purposes only. Courtesy Shutterstock)

“Quiet!” he scolds when murmurs arise from the girls. “Be serious!”

The class falls silent. Girls look at the ground, laughter suppressed in their mouths.

Off to the side, two girls sit in the shade of a tree and giggle. At the beginning of class, they had come up to him and each whispered in his ear, “Sir, I have got my period. Can I please be excused?”

PT Sir thinks, but is not sure, that they perhaps had their periods last week also. Frowning, he removes a handkerchief from his breast pocket and wipes the sweat off his head, his forehead, his nose. What else can he do?

The host of the show walks down the corridors of a newsroom and, pen in hand, announces that a young woman has been arrested in connection with the train bombing. Her name is Jivan. Last name currently unknown.

PT Sir slams his after-dinner dish of sweets on the table and lunges for the remote. At the sound, his wife emerges from the kitchen, asking, “What happened?”

He raises a finger to his lips, and presses his thumb down on the volume button until sound fills the room. He leans so far forward his face is no more than a few inches from the screen. There, in a video clip being played and replayed, among the jostle of policemen and reporters, is that face, that poorly made plait, that scar on the chin, elements of a person he knows, or knew. Now the girl keeps a hand on her back, like an elderly lady who aches. PT Sir’s mustache nearly falls off his face. “Look at this,” he whispers to his wife. “Just look.”

“This young woman, all of twenty-two years old,” yells a reporter standing in the middle of a lane, curious onlookers crowding into the frame, “was arrested from the slum where I am standing right now. It’s the Kolabagan slum, that’s right, the Kolabagan slum next to the Kolabagan railway station, where the train was brutally attacked six days ago, killing one hundred and twelve people. In that attack, as we know—” PT Sir presses a button and the channel changes. Jivan appears once more, a camera zooming in on her face.

“She has been booked under a very serious crimes against the nation charge and a sedition charge, which is highly unusual—”

PT Sir presses a button, and the channel flips again.

“Why did she bear so much hatred in her heart for her own country? Sociology professor Prakash Mehra is joining us to talk about the alienated youth, and how the Internet—”

It was not so long ago that Jivan was his student. When she started, one of the school’s charity students as they were bluntly called, she had never seen a basketball in her life. But the rules were intuitive, and she played with energy, her legs uninhibited, her arms flung, her mouth open in laughter. Jivan scared the others. The aggressive game of kabaddi came to her naturally, and she was perhaps his only student who was disappointed when he asked them to play mild dodgeball.

PT Sir understood, from the fervor with which she played, and how she responded to compliments with a close-mouthed smile, that she needed this class in a way the other girls did not. So he pardoned her soiled skirt. He forgave her old shoes.

Once, when she fainted in the heat of the playground, he took it as his opening to offer her a banana. After that, every now and then, he gave her a sandwich from his own tiffin box, or an apple. Once, a bag of chips. She didn’t get enough to eat, he worried. He couldn’t have his prize student falling sick. He already had her in mind for march-past at school functions, for training so she could play basketball, or even football, at the city level. She could grow up to be an athlete, like him. Not once had he come across a student of his who showed real promise in his field, until Jivan.

Then, after the class ten board exams, she left school. He never knew why. He understood it to be a matter of school fees. But she offered him no explanation, never acknowledged how he had gone out of his way to support her. A small thing, but he found it rude.

Well, was it a small thing?

When he thinks about it, an old anger flickers to life. He had begun to dream of her as a mentee, but she had not considered him a mentor. She had considered him perhaps no more than a source of occasional free food. She had fooled him. 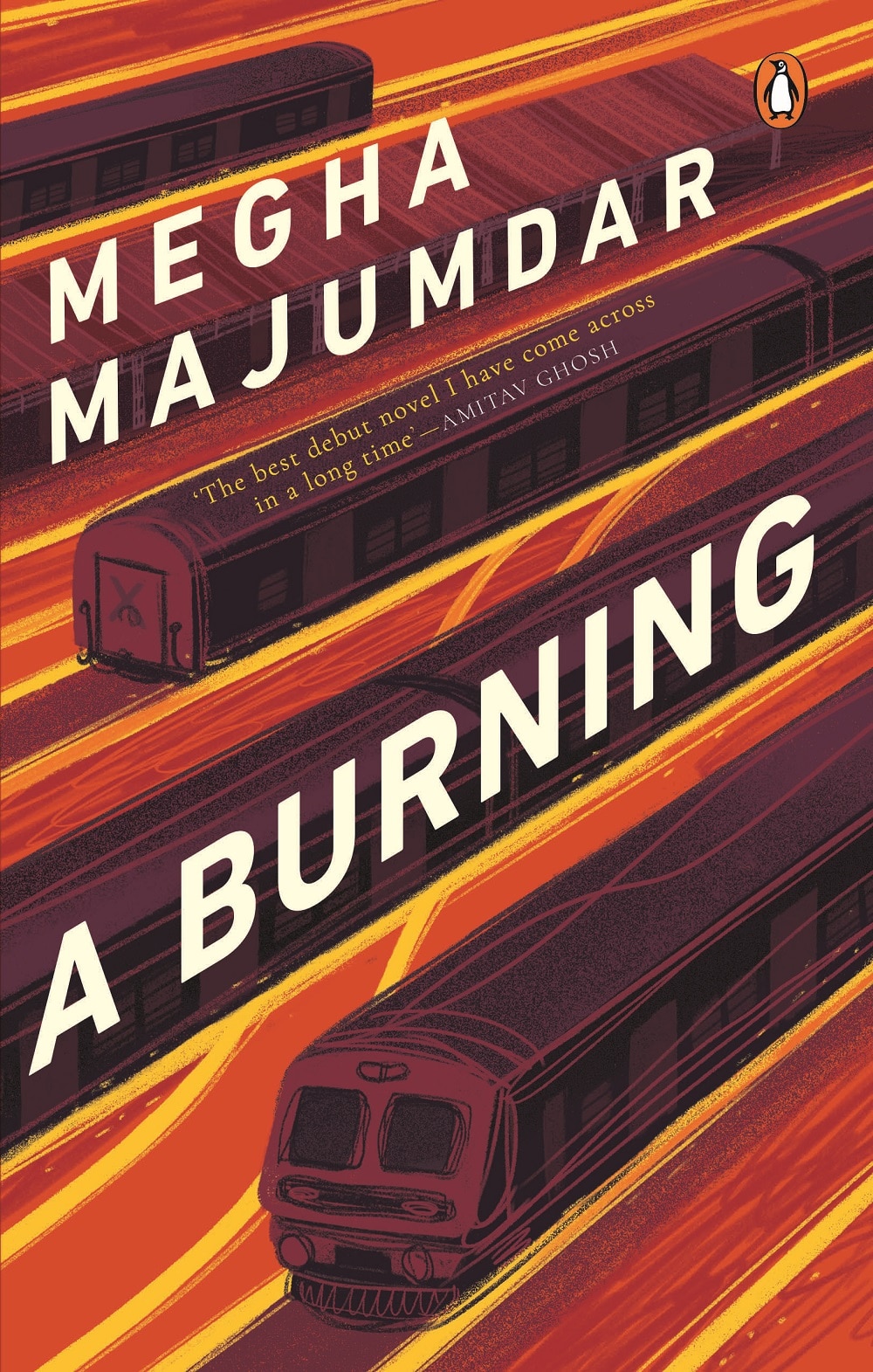 The TV plays, indifferent to its tired viewer. “What happened to make this ordinary young woman, Jivan is her name, a terrorist? What led her down the path of anti-national activity, bringing her into alliance with a terrorist group and conspiring to bring down the government? After the break—”

He cannot believe what she has gone on to do.

His nerves thrum. His life is just the same, and yet this proximity to disaster electrifies PT Sir.

Excerpted, with permission, from A Burning by Megha Majumdar, published by Penguin Random House India