A Look At Srinivas Reddy's Bookshelf

A scholar, translator and musician, Srinivas shares his childhood faves. 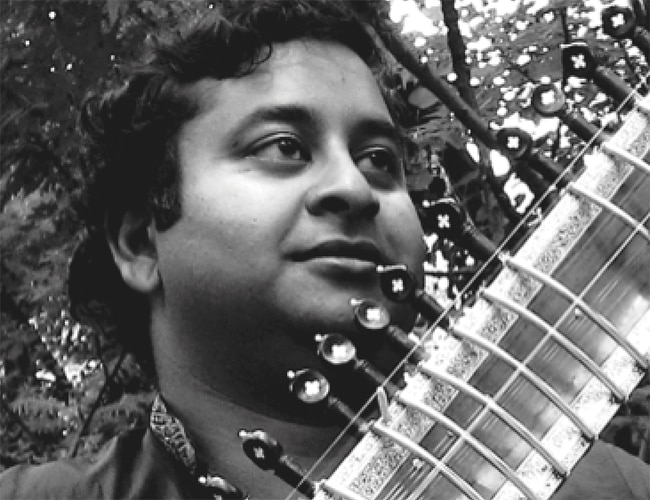 Scholar, translator and musician, Srinivas Reddy trained in classical South Asian languages -- Sanskrit, Tamil and Telugu -- and literature. His books include the English translations of Krishnadevaraya's epic Amuktamalyada; and Kalidasa's Malavikagnimitram and Meghadutam. Next up is a biography of the Vijayanagara emperor Krishnadevaraya. Reddy lives in Rhode Island and teaches at Brown University.

Filled with adventure, magic, myth and humour, this was my very first fantasy story and I was hooked. Part of The Chronicles of Prydain series, it's a classic coming-of-age story set in Lloyd Alexander's reimagined world of Welsh mythology.

A quintessential American novel, and another moving coming-of-age tale. I read this classic as a boy but Scout, Atticus and Boo are still with me. Some characters truly become part of your childhood.

My father gave me this book when I was a college student grappling with divergent interests in science, art and spirituality. Capra brought it all together into one harmonious vision of the universe.

Rilke deeply inspired me when I was a young artist; he exhorted: "Go into yourself. Find out the reason that commands you to write; see whether it has spread its roots into the very depths of your heart …" This book of letters soon led me to his sublime poetry.

Hymns for the Drowning (Nammalvar, translated by A. K. Ramanujan, Penguin Classics, Rs 250)

A. K. Ramanujan is one of my academic idols. This book, like many of his other works, showed me how deep and insightful scholarship could come together with artfully translated Indian poetry.

Telling the story of celebrated historical figures in a scholarly, engaging and readable manner is not easy, but Fox succeeds in spades. This book has been a model for my current biography of Krishnadevaraya.

This simple yet profound book was my introduction to allegory. Orwell's well-drawn characters, his straightforward language and his deep critique of Stalinism left a lasting impression on my mind, and my politics.

I remember reading this book in a cafe, and a man walking by said, "That's one of the saddest books I've ever read." He paused, turned and added, "It's also one of the best." I think he was right on both counts. This book also served as a poignant way to introduce my students to India during the Emergency.

This is one of the most powerful sci-fi novels I've ever read. Herbert combines high adventure with a profound sense of philosophy, spirituality and social commentary. "I must not fear. Fear is the mind-killer."

I first read the Bhagavad Gita with my grandfather who was also my first Sanskrit teacher. Every time I return to this seminal text I discover something new, some-thing beautiful and something perplexing.