Himanjali grew up in Kolkata and has worked extensively in publishing. She is currently the editorial director of Simon & Schuster India. Her most recent work is Mrs C Remembers. 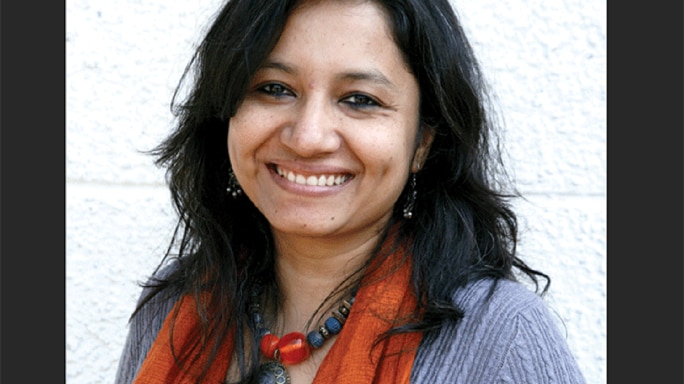 Author of several children's books, including The Stupendous Timetelling Dog, which was shortlisted for the Crossword Award in 2013, Himanjali Sankar's most recent work, Mrs C Remembers, is her first novel for adults. Sankar grew up in Calcutta, taught English at the University of Indianapolis and has worked extensively in publishing. She is currently the editorial director of Simon & Schuster India and lives in Gurgaon.

This is my favourite Atwood, not just for the divine writing, which is a given, but for the astonishing way in which she brings all of it together---the sci-fi sub-plot, the two sisters and their conflicting stories, and so many surprising twists and turns.

With five first-person narratives (of a mother and her four daughters), this masterpiece follows the lives of an evangelical family in the Congo. The devoted wife and daughters tiptoe around the man (the husband and father), a static and austere patriarchal figure. Notable for intricate storytelling that doesn't falter for a minute, the novel pushes on to new literary heights.

The charming Calcutta of my childhood or earlier (nostalgia blurs decades!), dusty north Indian towns I never knew existed, a courtesan of dubious charms, a bespectacled poet, handsome nawabs and so many others that still live with me (though I must declare I love Kabir and Savita the most)---to just the loveliest, most delicious book ever.

As immigrant experiences remain relevant in terms of racial and class tensions, The Buddha of Suburbia continues to be a classic in its irreverent, terribly clever and laugh-out- loud funniness.

The Portrait of a Lady (Henry James, Penguin Classics, Rs 2,000)

When it comes to a classic that has stood the test of time, the message and reading of it mutates in weird ways and can lead to a thousand debates. However, all I can say is, I would totally fall in love with Isabel Archer if she were around today---her wilfulness, her lack of judgement, her polished sentences and just the way she grows and changes (and doesn't change, too).

I remember putting down the book and laughing for ten minutes straight at some point. So, yes, Wodehouse. And Psmith with his monocle and aversion to fish. Always.

The meditative calm of deep sea diving and the quiet, distant beauty of a Murakami is synonymous in my mind, and Norwegian Wood exemplifies it---with its occasional surprises and perfection.

I wasn't a fan of graphic novels till I read Persepolis, but it isn't just the nostalgia of the first in a genre which makes this my favourite---it's the way the glamorous Marjane Satrapi has done it. The simple, comic storytelling---funny, disturbing and moving---and the larger sweep of history, politics and change it encapsulates is in a manner that is dreadfully smart and gripping.

The fact that it can be a struggle to love the child you gave birth to seemed, to me, such a fascinating subversion of sorts. Lionel Shriver stretches this idea into a mind-numbing, disturbing psychological drama---a cold, terrifying book at many levels but oddly satisfying in its many depths.

Just the way it opened up new possibilities in writing, with all those invented words and startling images, made this book tremendously exciting. And such a masterful telling of a badass story with caste, class, religion, gender presumptions all shattering and breaking.

AUTHOR'S NOTE: These are the first 10 books that came to my mind when I thought of favourites. Horrified now to find Middlemarch and To Kill a Mockingbird got left out; but randomness must also reign when it comes to any lists of favourites!