Anuradha Roy works as a designer at Permanent Black, an independent press she runs with her husband, Rukun Advani. She is also the author of the award-winning Sleeping on Jupiter. 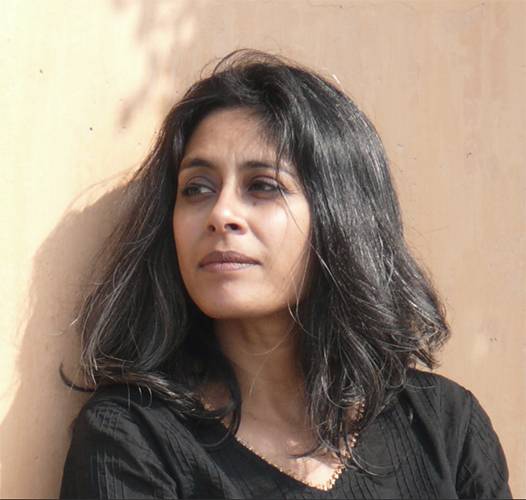 Anuradha Roy's latest, Sleeping on Jupiter, won the DSC Prize for South Asian Literature 2016 and was longlisted for the Man Booker Prize 2015. Her first novel, An Atlas of Impossible Longing, has been translated into 15 languages and was picked as one of the best books of 2011 by The Washington Post and The Seattle Times. She works as a designer at Permanent Black, an independent press she runs with her husband, Rukun Advani.

The book combines sharp, forceful argument with vivid images and tongue-in-cheek humour. Writers of editorials and polemic ought to read it as a lesson in style.

Munro leaves you feeling that the stories have not given away all their secrets. I love their sense of not ending, the deepening mysteries, the images that stay with you for their inexplicability.

It was a book I first read in school in an English translation called Song of the Road (translated by T. W. Clark and Tarapada Mukherji). This moving, breathtaking novel follows the life of a family in desperate straits in rural Bengal. It had such a profound impact on me that I taught myself to read Bengali as an adult to reach the original.

Translated from the Urdu by M. Asaduddin, this is a short story that made a big impression on me when I read it as a child, maybe because my own sense of being alone in an incomprehensible world mirrored that of the girl in the story.

A book of English poetry I grew up with and although our edition was packed with almost only male, pre-20th-century poets, it still provided any number of discoveries. I memorized whole passages of Keats, Swinburne and so on, fragments of which I can still call up, word for word.

A fragmentary autobiography rich with comedy and learning that is lightly worn. Dhar has an eye for oddities, a sly sense of fun and a deep sense of the music of language.

Translated by Richard Pevear and Larissa Volokhonsky, particularly The Steppe and The Duel, in which, as in all his stories, he writes about ordinary people with the greatest compassion and attention, and comes at the world at an angle that illuminates it in unexpected ways.

A book for practising potters, I read it often. It is wise and solid on the making of pots, and also about a way of life that demands extraordinary dedication, solitude and imagination.

The real-life story of quadruple murders in a rural community in Kansas, told with novelistic brilliance. Edge-of-the-seat crime writing. Other crime writers such as Henning Mankell and Karin Fossum are also excellent with atmosphere, detail and plot, all underrated virtues. Sarah Waters' dazzling novel Fingersmith is considered middlebrow for the same reason: it is gripping enough to make you forget food and sleep.

It's hard to imagine the tragedies, Hamlet, Macbeth and Coriolanus, were written by someone; that they are not massive, astounding things like mountains that simply came to exist.