An author of several books of non-fiction and two novels, Kumar's writing has appeared in Harper's magazine, The Guardian, The New Yorker, Vanity Fair and The New York Times. He teaches English at Vassar College, New York. 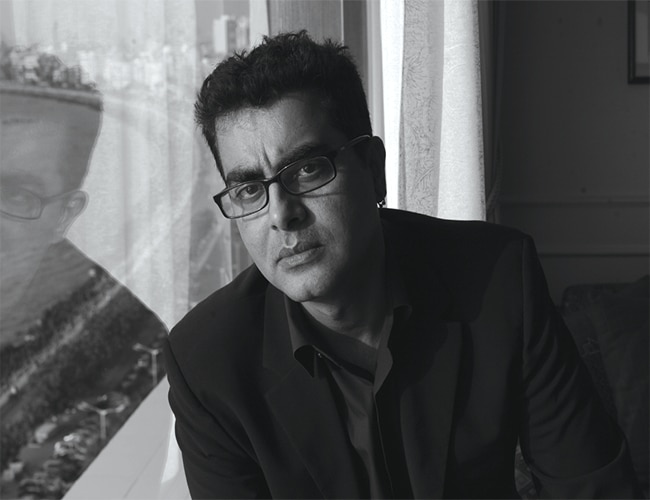 Amitava Kumar is the author of several works of non-fiction and two novels. His forthcoming book Immigrant, Montana: A Novel (Knopf, US, and Faber, UK) was recently published in India as The Lovers (Aleph). His essay 'Pyre', published in Granta, was selected for Best American Essays 2016. Kumar's writing has appeared in Harper's magazine, The Guardian, The New Yorker, Vanity Fair and The New York Times. He teaches English at Vassar College, New York.

I'm guilty of reading the less popular books by writers justly famous for their wide body of work. Naipaul's A House for Mr Biswas is a masterpiece of 20th-century fiction but a book of his I've read many more times is Finding the Centre. The latter is a mix of travel writing and memoir. I keep going back to it because it introduced me to the drama or the act of becoming a writer. ("Such anxiety; such ambition.")

I read Coetzee as a graduate student 30 years ago. Coetzee was writing when the brutal apartheid regime in South Africa hadn't yet come to an end but his novel reads more like a parable about another, unnamed place, or maybe, more accurately, a universal story that would hold true as much in Pretoria as in, say, Patna.

The iron in the soul is a way of seeing the world for what it is. I find it also in Morrison and Roy but these two writers have an additional quality I envy. Both show their skill in these novels at spinning out the vernacular or common speech while, on other pages, letting their language take flight into the furthest reaches of lyricism.

Written during the 1940s and 1950s, these essays on black life and black thought, life in Harlem, the protest novel as a tool of resistance, form the voice of African American assertion, of an artist, author and social commentator, in the American society on the brink of the civil rights movement.

This is a collection of six essays published in The New York Review of Books, between 1973 and 1977, on photography, the photographing eye and manufacturing a sense of reality, among others, that critically examines the art form.

I admire John Berger's G., a novel about a young man's sexual journey in early 20th-century Europe that won the Booker Prize, but what I really love is his 1975 non-fiction report on migration and migrant labourers.

I teach the fiction of Jennifer Egan, Tessa Hadley, or the truly great Alice Munro, but what makes me breathless is the non-fiction of journalist Svetlana Alexievich. This 1997 book is a compilation of hard-hitting, in-depth interviews with survivors of the nuclear reactor accident. She won the Nobel Prize in literature for her investigative, "polyphonic writings" in 2015. To read her is to know that the ordinary words of ordinary people can attain the stature of undying literature.

I want to end by talking of dreams. These are two works of Indian fiction writing. The former is a classic, and the latter more contemporary; both put the reader in touch with the deep corruption present in our souls. The stories are built around a flawed individual but what they reveal is the rot in the system. It is a thought that any Indian writer can contemplate, and I confess that I often do, the challenge of producing work that can be mentioned in the same breath as those novels.