Looking Back At A Political Shocker: When Jayalalithaa Ordered The Arrest Of DMK Head M. Karunanidhi

The 2001 case against Karunanidhi, his son and 12 others pertained to alleged financial irregularities to the tune of ₹12 crore in the construction of 10 flyovers in Chennai 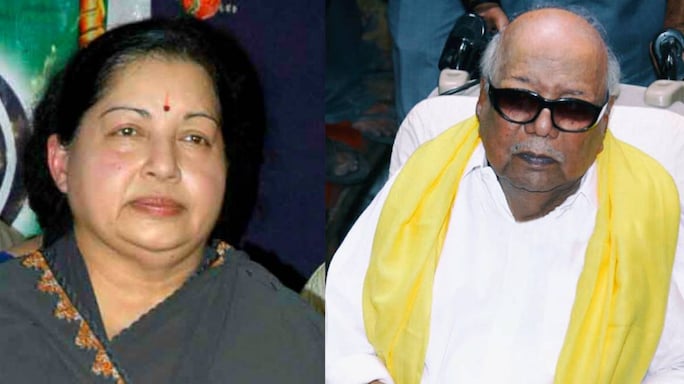 No one, not even her bitterest foe Karunanidhi, could have imagined the nightmare that befell him on the dawn of 30 June 2001.

At about 2 a.m. Karunanidhi was dragged out of his bed from his residence in Chennai. The 78-year-old DMK leader was not even given time to change his clothes. The telephone lines were cut and the house filled with stiff, unfriendly policemen who were there to carry out Amma’s orders—the same policemen who had stood respectfully to attention in front of the old man as long as he was the chief minister. Karunanidhi called up Murasoli Maran on his mobile phone. Maran, who was also a Union minister, happened to be in Chennai that day. Within minutes he reached the spot. The Sun TV crew arrived too and the police, perhaps drunk with the authority the uniform gave them, didn’t stop them, perhaps hoping to appear as heroes.

The cameras captured it all—the damning evidence of the violation of human rights and the abuse of power. TV audiences across the state watched in disbelief as one terrified, frail old man screaming ‘Aiyo’ was dragged down the stairs by ten policemen; his rubber sandal falling off one wobbling foot before he was bundled into the van like a convicted criminal. They witnessed the rude exchange of words when Maran asked the police to produce the arrest warrant, and the physical scuffle with the Union minister, a heart patient. The police meted out similar treatment to T. R. Baalu, another Union minister from the DMK, who arrived on the scene. It was a shocking spectacle and Sun TV knew how potent the material was—and aired it all without a break.

Karunanidhi’s arrest was followed by a spate of other arrests that included former municipal and administration minister Ko. Si. Mani, and former chief secretary K. A. Nambiar. Maran had to be admitted to the intensive care unit of Apollo Hospital as a result of the physical assault by the police. The excuse for the crackdown was charges of massive corruption. M. K. Stalin was the prime accused in this along with his father and others for amassing financial gains in the construction of flyovers in Chennai during the DMK regime. Stalin surrendered after a few hours. Twenty journalists were also taken into custody. Karunanidhi being whisked away by the police (Photo via Wikimedia Commons)

The incident created outrage not only in Tamil Nadu, but also in Delhi. A team from the ruling NDA led by Defence Minister George Fernandes came from Delhi, visited Karunanidhi in the Central Jail in Chennai and recommended President’s rule in Tamil Nadu. But Prime Minister Vajpayee was reluctant to take a hasty step against a regime that had won a huge popular mandate. The immediate casualty was Tamil Nadu Governor Fathima Beevi, who had already been widely criticized for having sworn in Jayalalithaa as chief minister. The Centre now decided to recall her as "she had failed to objectively reflect the situation in Tamil Nadu." This sent a strong warning to Jayalalithaa, who soon thereafter ordered the release of Karunanidhi and the two Union ministers.

The release order was intimated to the media over the phone. It read, "Taking into consideration the advanced age of Karunanidhi, the chief minister of Tamil Nadu, J. Jayalalithaa, has ordered his release on humanitarian grounds. However, the cases against him will continue to proceed in the courts of law."

Even hard-bitten journalists were moved when Karunanidhi held a press conference to relate his story. "Mohamad Ali [DIG] pulled me down by my right hand which sprained my shoulder. I can’t raise my hand. This is the hand I write with." He told the journalists how his legs were swollen after he had been brutally manhandled by the police: "I cannot stand for more than a couple of minutes as they dragged me down the steps, my legs banging against each stair."

The case against Karunanidhi, his son and 12 others pertained to alleged financial irregularities to the tune of ₹12 crore in the construction of 10 flyovers in Chennai.

The arrest was ordered on the basis of an FIR lodged by a municipal commissioner, a man who had faced charges of corruption earlier. The FIR was widely believed to be a concocted one, as Jayalalithaa was itching for retribution. She and her campaigners had thundered during her election campaigns that the corrupt Karunanidhi and his son would be taught a lesson and put behind bars. A woman campaigner from the AIADMK had used obscene words to describe how Karunanidhi would be thrown into prison, stripped even of his loincloth. An AIADMK member revealed: ‘Madam is not as interested in the strength of the charges filed as she is to see them behind bars for at least one day.’ After all, AIADMK supporters said, didn’t Amma also languish in jail for 28 days?

But Jayalalithaa forgot that there should be a method even in madness. You cannot knock at the door of anyone, let alone the former chief minister, in the dead of the night and say you were going to arrest him without an arrest warrant. And you can’t drag him down like a criminal if he demands to see the arrest warrant. 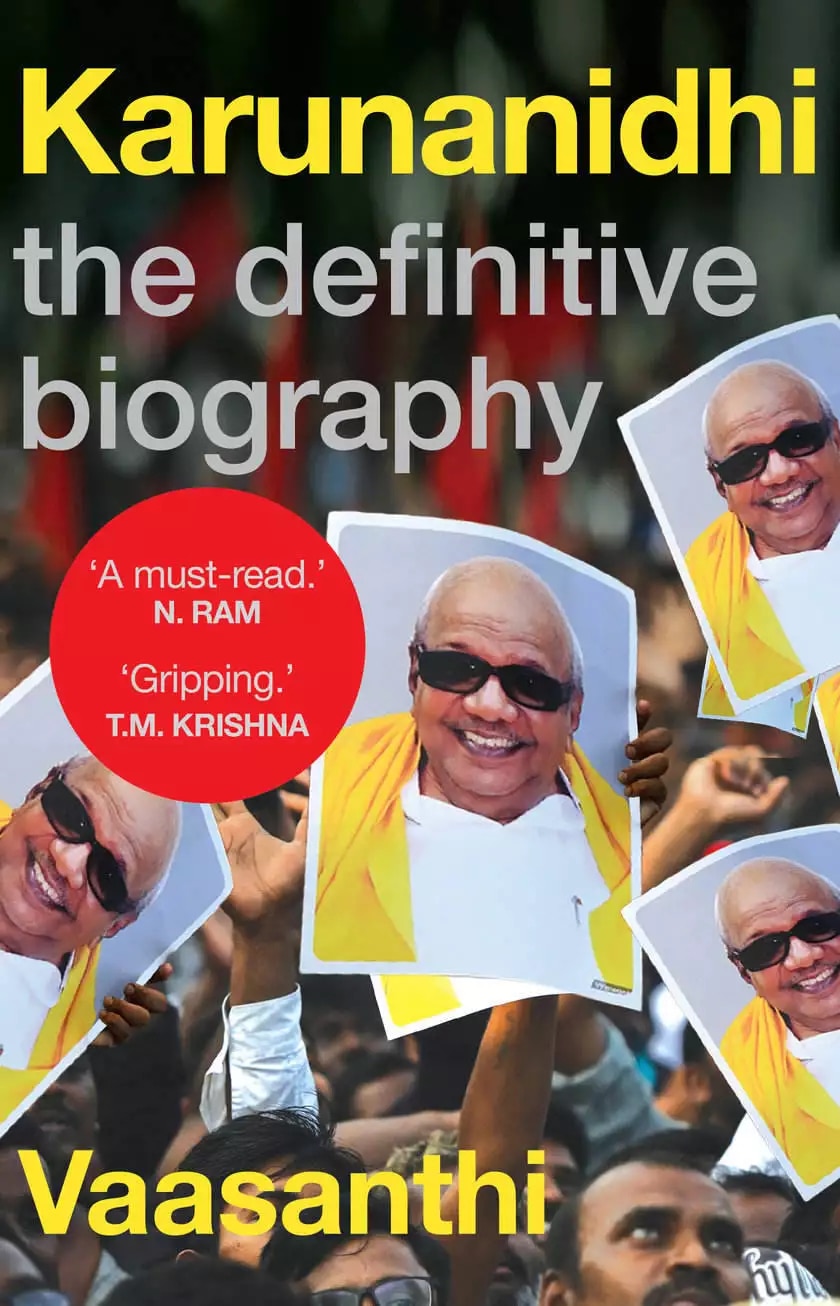 Jayalalithaa’s arrest in 1996 only happened after the high court had rejected all her anticipatory bail applications. And she was informed of her impending arrest well in advance, after daybreak. She had time to bathe, dress, do her puja, have her usual breakfast, pack and bid a proper goodbye to her partymen at the porch with a terse victory sign ‘Nalai namathe!’

As Karunanidhi was whisked off to prison, he could hardly speak and hurriedly scribbled in a journalist’s notepad ‘aram vellum’ (justice will prevail). After his release there was no mention of the cases against him. For Jayalalithaa it was the humiliation of Panchali that had to be avenged; it was an all-consuming rage which ran beyond reason or logic. She was also in a hurry. On 21 September 2001 the Supreme Court declared that "the appointment of Jayalalithaa as chief minister of Tamil Nadu, which took place on May 14, was unconstitutional and void."

Excerpted, with permission, from Karunanidhi: The Definitive Biography by Vaasanthi, published by Juggernaut Books