Living The Dream: A Conversation With Actor Vijay Varma

High on the success of Gully Boy, actor Vijay Varma speaks on how he got into acting and why he is not afraid to play darker roles 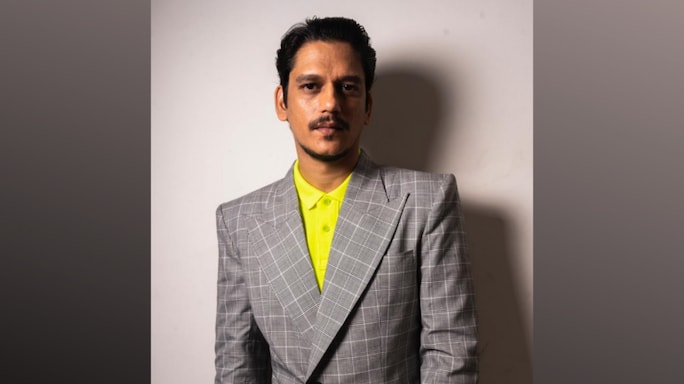 What drew you to acting?

I was doing everything I could to not work in the family business. I tried my hand at fashion design, events, sales and marketing, software engineering—even tried being a tattoo artist! I either enjoyed each experience or failed badly at it. My mind and heart lay in acting, but it was impossible to admit it to myself, or to tell another soul that I wanted to be an actor. It was a secret fantasy I harboured—not even a dream at that time.

How much would you credit the Film & Television Institute of India (FTII) for turning that fantasy into reality?

FTII opened a window for me. It was a great accident. Their acting course restarted after almost two decades just when I was trying to find myself. I saw an ad in the newspaper inviting applications—that clip became my lottery ticket. I’d gone to Pune without any prior acting experience and applied but didn’t get through in the first attempt. The rejection hit me really hard. Back in Hyderabad I joined a theatre group—Sutradhar—where Vinay Varma, my teacher and mentor, gave me a platform and taught me the discipline required to become an actor. I did five plays in eight to nine months, which is a lot for an amateur actor. I left everything else I was doing and submerged myself into it fully. The goal was to apply to FTII again. This time, I got through.

Has life changed drastically post the success of Gully Boy?

Everything I wanted—that I had waited patiently for—happened after Gully Boy: getting more work, having the luxury and privilege to choose jobs and support my family. It made life a much better experience. I am an introvert and I don’t like to ask for work, but things are somehow manifesting.

From Ankit in Pink to Sasya in the web series She, you’ve done your share of dark characters.

I am not scared of doing negative characters. If they speak to me, I will do it. The further away the character is from who you are, the better it is to perform. I want to be part of the cinematic universe of film-makers such as Shoojit Sircar, Zoya Akhtar, Imtiaz Ali. It’s why I play supporting parts in Super 30 and Baaghi 3—so long as my character has an interesting arc, the length is not important.

Many actors today shuttle between streaming shows and films. Do you also want to strike that balance?

I’ve split my time between the two formats. She was my first release on the web and now I have a few more lined up. I am still figuring things out. I want to do work that engages and challenges me—scares me even. The priority is to work with really good directors.

Tell us about your current projects.

There’s Hurdang, a film—set against the Mandal Commission protests—about the conflict between love and duty. Then there’s the second season of Mirzapur, A Suitable Boy and a sci-fi comedy that’s unlike anything attempted before. It’s going to be nuts—a gamble even, but the best one I have ever taken. I look forward to resuming work for Fallen, directed by Reema Kagti, too.