In The Mood For Love

Known for his conscientious, hard-hitting films, director Hansal Mehta takes a softer turn with his latest, Baai. Nothing he has made till now, he says, has been so romantic 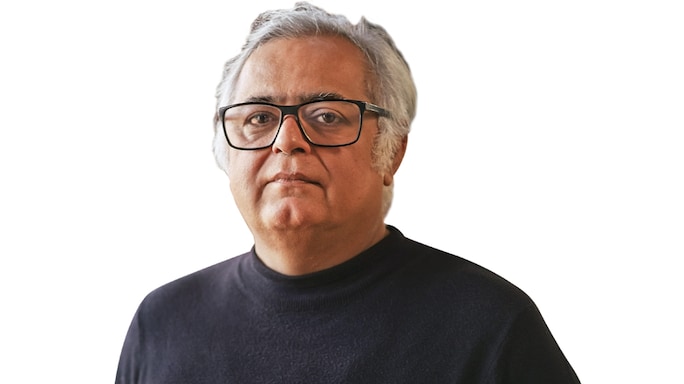 From all the stories in New York Times’ column Modern Love, how did you come to choose the one you finally adapted as Baai?

We were presented with six stories from the column. The funny thing is that no one’s choices crisscrossed. Within 10 minutes, we had made our choices. It was quite interesting how each of us naturally gravitated towards a particular kind of story and world we wanted to adapt. A few things in my story caught my attention. There was that feeling of being closeted, and beyond that, an overarching theme of love between the grandmother and grandson. I saw the plot could be eas-ily transposed to Mumbai, and that through it, I could express my own understanding of marginalization, invisibility and, also, love.

Chef Ranveer Brar’s casting was an inspired choice. How did that happen?

During the pandemic, I was watching many cooking videos, including Ranveer’s. I found a potential actor there. The way he would narrate stories and interact with the camera was very natural. Casting director Mukesh Chhabra then spoke to him and did an audition of sorts, but for me the choice was made. He just needed to agree.

You seem to have quite a number of projects going on—Scam 2003, Scoop,Faraaz, Captain India. There’s talk of a Sanjeev Kapoor biopic, a series on pirates, even a film with Kareena Kapoor Khan …

Scam is being directed by Tushar Hiranandani. Similarly, Pirates is being directed by my son Jai. I am only supervising the creative process. We just finished shooting Scoop in Srinagar.Captain India begins later this year,and we’re working out dates for Kareena’s film. Sanjeev Kapoor’s biopic and a few other stories are for 2023. Faraaz is complete and I am very proud of it.

Faraaz is the first time you’re working with director Anubhav Sinha, but you have been friends, right?

We’ve been friends on-and-off for almost 30 years. It was after he saw Shahid that he called me to his office to speak with his team about making films like that. I think he got very inspired by Shahid, and Mulk was, in a way, a product of that inspiration.That rekindled our friendship. When he finished Thappad, I was going through a low phase with Simran’s failure at the box office and Omerta not making it to any streaming platform. Then that he suggested I make something for him. He had the resources to help me make what I want.So, I went to him with this story that was given to me by Mahesh Bhatt,also someone who’s also very dear to me. It’s a very riveting film.

Much like Rajkummar Rao, Pratik Gandhi now seems to be on his way to becoming your regular collaborator. What does he bring to the table?

Honesty, and that’s what I seek—an actor who approaches his or her characters without judgment and with complete surrender. Pratik has all those qualities. He surrenders so beautifully and you can see that in his performance. Baai is a gentle story and he’s gentle in a such a beautiful way.

We hear you’ve been taking flying lessons in preparation of Captain India. How’s that going?

Captain India is an exciting thriller about a commercial pilot. So, before starting the film I thought I needed to know more about flying. I initially went for just the basics, but then discovered simulators that professional pilots use. The whole experience of taking off, landing and circling around a city is so meditative. It requires such intense concentration that everything else recedes into the background. I enjoyed it so much I continued with the lessons, but I am still nowhere close to being able to fly a real plane yet.