An intimate account of how Eid was observed inside the Red Fort, before 1857 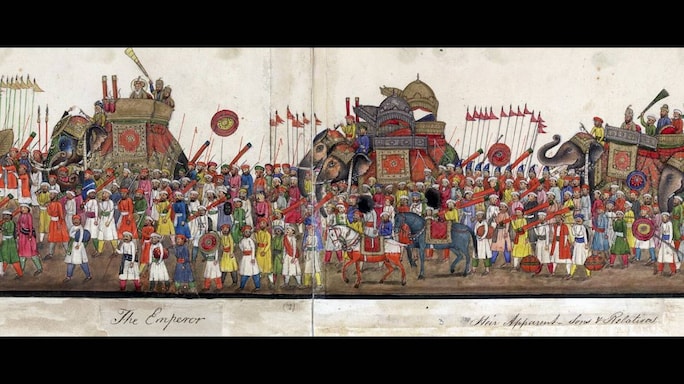 A panorama showing the imperial procession to celebrate the feast of the Eid ul-Fitr, with the emperor on the elephant to the left and his sons to the right (24 October 1843) (Image via Wikimedia Commons)

The following excerpt is taken from Bazm-e-Aakhir (The Last Assembly) by Munshi Faizuddin, translated by Rana Safvi. It is account of the last days of the Mughal Empire, written after it came to an end in 1857. The text provides glimpses of life inside the Red Fort during the reigns of the last two Mughal emperors.

The last Friday of Ramzan, the alvida, is an important occasion. The Badshah [referring to the last two Mughal emperors, Akbar Shah II and Bahadur Shah Zafar] goes out to the Jama Masjid in a ceremonial procession. At the steps of the mosque, his hawadar (a delicate, silver chair) is placed next to an elephant. The Badshah sits on it and enters the mosque, getting down near the hauz, for ablutions. His attendants call out loudly for all to move away from the path. Princes and nobles follow him.

When prayers begin, the Badshah’s rug is placed behind the imam’s. On his left sits the heir apparent, on his right the other princes. The Badshah asks the imam to read out the khutba (sermon). The imam stands on the pulpit. A sword is placed on the waist by the darogha-e-qur (superintendent of the armoury). The imam holds the hilt and delivers his khutba. 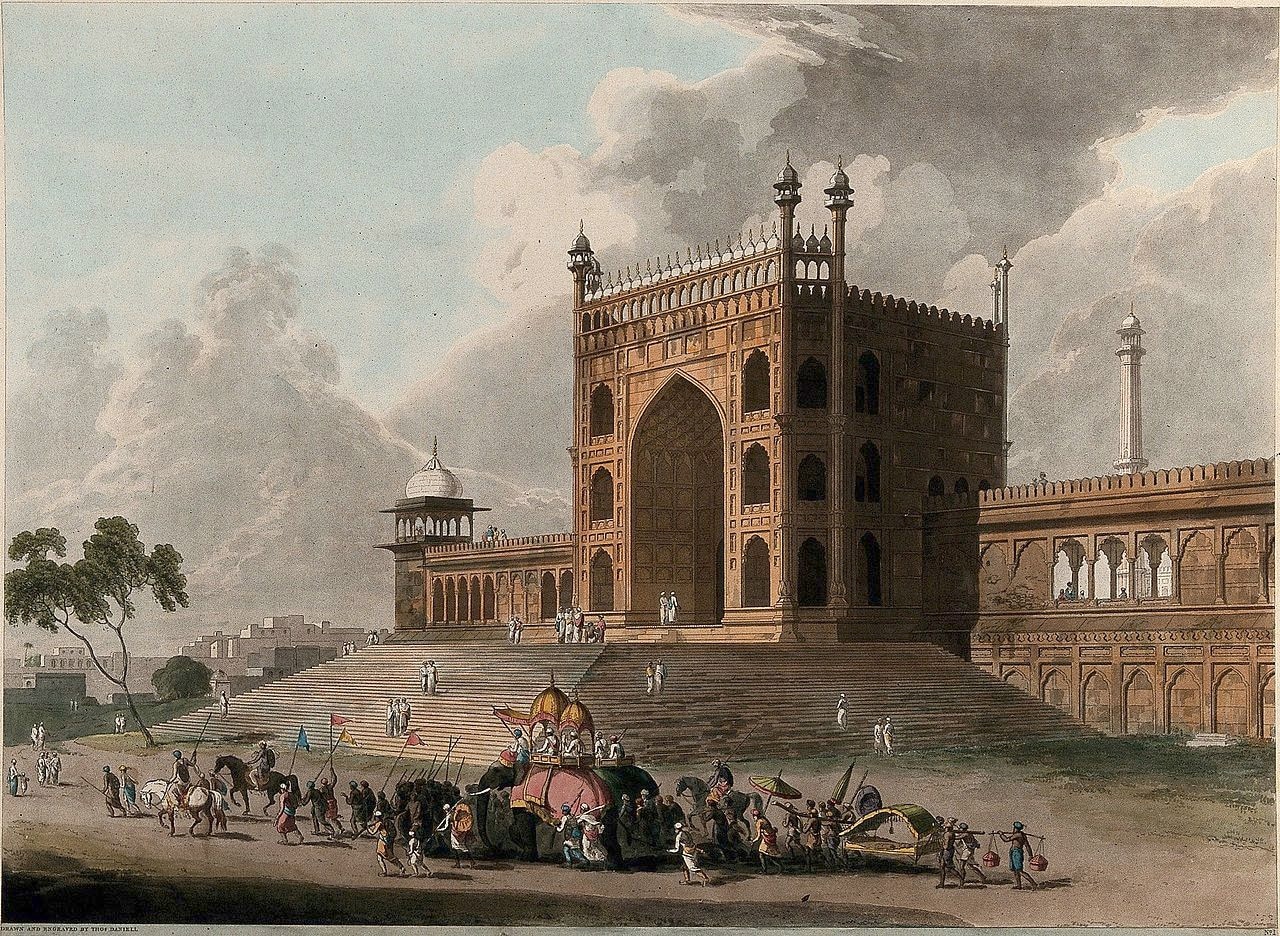 Once the khutba is over, the names of all the deceased emperors are taken. When the time comes to announce the name of the reigning monarch, the wardrobe superintendent is ordered to give a robe to the imam. The imam now makes the pledge, and the congregation follows suit. He reads the two raka’ats (prescribed movements and words while offering prayers) of namaz for Friday after the khutba.

When the Badshah finishes his prayers, he comes to the asar sharif (a small enclosure where the relics of the Prophet are housed. It still exists in one of the galleries of the Jama Masjid). He pays homage to the relics and returns to the Qila.

On the twenty-ninth day of Ramzan, envoys are sent to sight the moon. Everyone is eagerly looking at the skies for the moon, which will signal the end of Ramzan. If someone sees the moon, or a messenger brings a signed letter of a sighting from a village, the time to celebrate will begin. At the naqqarkhana (drum house), a 25-gun salute is given for the advent of Eid the next day. If the moon is not sighted that day, the gun-salute will be done on thirtieth day of Ramzan.

The guns, shamianas and carpets are sent to the eidgah at night. The elephants are painted and ready to be caparisoned. As soon as the morning breaks, the Badshah bathes and changes into robes adorned with jewels. The dastarkhwan (tablecloth) is quickly laid out with vermicelli and milk, sweet candies, dry fruits and plain rice. Split green gram is put on them. The Badshah consecrates the food and tastes all the dishes. After rinsing his mouth, he goes outside. The jasolni immediately calls out to alert every one of his presence. A trumpet is sounded and the procession falls into place. Faujdar Khan makes the elephant kneel, and the hawadar is set down a foot length away from the elephant. The Badshah goes to the Diwan-e-Aam on the elephant. A 21-gun salute is given from the parade grounds. As the royal procession reaches the gateway of the eidgah, it divides itself into two, and the guns are let off in salute once more. The Badshah gets down from the elephant and into his hawadar. The heir apparent sits in a nalki (a palanquin used by persons of rank), while the rest follow on foot. The Badshah gets down at the platform, and goes into the royal tent where his prayer rug has been spread out. The muezzin sounds the Takbir (the Arabic phrase, Allahu akbar). Everyone stands in rows and makes pledges for prayers with the imam. After the namaz, everyone but the Badshah and the heir apparent stand. The imam is asked to read the khutba. The armoury superintendent ties a sword and a bow-and-arrow around the imam’s waist. The imam reads the khutba with a hand on the hilt of the sword. When the Badshah’s name is announced, the wardrobe superintendent once again gives him a robe. When the prayers are complete, one gun is fired in honour of the khutba. The Badshah sits on the negdambar, and goes back to the Qila, where he holds court in the Diwan-e-Khas sitting on the Peacock Throne. He accepts everyone’s offerings and gives them garlands and turban emblems. After that, he enters the mahal and, sitting on a silver throne, accepts offerings from all the ladies.

Excerpted, with permission, from City of my Heart: Four Accounts of Love, Loss and Betrayal in Nineteenth-Century Delhi, translated by Rana Safvi, published by Hachette India