After Kabir Khan’s recent film ’83 left audiences delighted and beaming with national pride, the writer-director speaks toRD about making commercial films that can be both entertaining and political 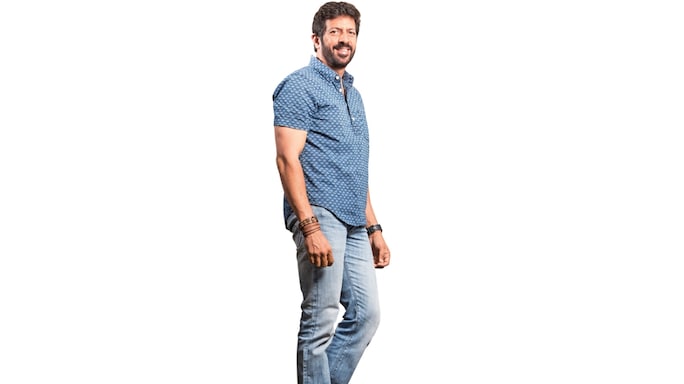 In ’83, you celebrate India but you do so without adopting Bollywood filmmaker’s favourite trick—jingoism …

It is not in my DNA to do so. For me, when you are making a film, you are looking at the politics of this film, the layers beneath the story. ’83, in a classic sense, shows you what patriotism is all about. Patriotism doesn't need a counterpoint—it is love for one's country and it doesn’t have to come at the cost of an enemy you put down. The film makes you feel proud about what these men did for the country, and it does so without any sloganeering and chest-thumping.

My first response is always to the story, but having said that, it’s also important that my ideology as a filmmaker comes across in whatever work I do, especially since I have chosen to dabble in mainstream cinema. when I entered the film industry, discussing politics or ideology was considered taboo in mainstream films. I was fortunate enough to be supported by Aditya Chopra when I made Kabul Express and New York—both of which explored the definition of an enemy: what makes one turn bad?—It’s very important for me to make a film which you can enjoy at face value, but if you do get into the politics of it, you will find the film more profound, more enjoyable.

In ’83, we see that a lot of research has gone into narrating this one event (the Indian cricket team’s historic World Cup win). Did your experience as a documentary filmmaker help in finding all that information?

Oh yes, immensely. It teaches you a scientific way of putting a structure in place. When I took on the task, I knew the responsibility that comes with recreating an iconic moment.Most Indians thrive on knowing certain details and anecdotes about anything related to cricket. When I started the research, everybody had a story attached to it. I wanted to reach a position where if someone came to me and asked, ‘Did you know this happened?’, I could turn around and say, ‘I do know that’. ‘83 was never a story of just the team; it was a story about a country coming of age.

The film was supposed to release in April 2020. You and the producers patiently waited for an ideal theatrical window. OTT has seen quite a surge in the interim. Do you think it has an edge now over theatres?

I have never subscribed to the OTT-versus-theatrical-release argument.I think they will both coexist. When things are normal and the pandemic will hopefully wane, then theatrical is here to stay and it will never disappear. If it had to happen, it would have already, in some other country which is 10 years ahead of us. There is something about community viewing which will never be replaced by OTT. Streaming, of course, is where all shows and films will come and rest for posterity, which is also great because there is no pressure of when to watch it, no pressure of opening week or weekend.

What are you working on next?

These last two years, I have been working on stories and ideas, and reading books. I have three stories but I don’t have scripts. I haven’t decided though what I am making next. ‘83 was an all-consuming project and I want some distance and time before I jump into something new.