Our top picks from streaming, books, music and throwback for September 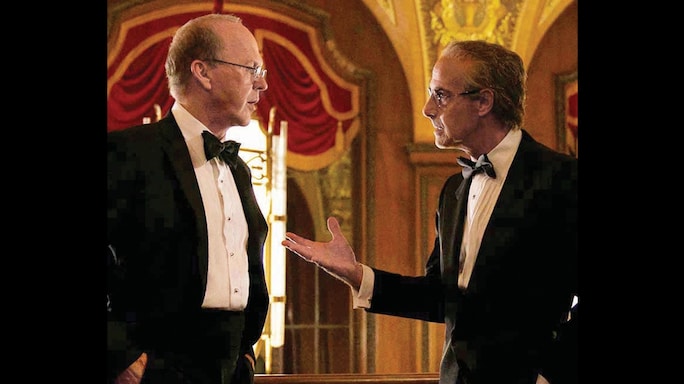 Micael Keaton (left) and Stanley Tucci in Worth

ENGLISH: Shortly after the World Trade Center was attacked in 2001, the US Congress asked mediator and attorney Kenneth Feinberg (Michael Keaton) to lead the September 11th Victim Compensation Fund. Streaming on Netflix from 3 September, WORTH tells the story of how a cynical Feinberg discovers compassion when faced with Charles Wolf (Stanley Tucci), a man mourning his wife's death.

HINDI: Lucky (Apar-shakti Khurana) and his friends are convinced that robbing ane-commerce truck will help them quickly get rich. When they open the seals of the boxes they have stolen, however, they find only condoms. Premiering on Zee5 on 3 September, the quirky HELMET hopes to spread the message of sexual health by showing that squeamishness is an unnecessary evil. 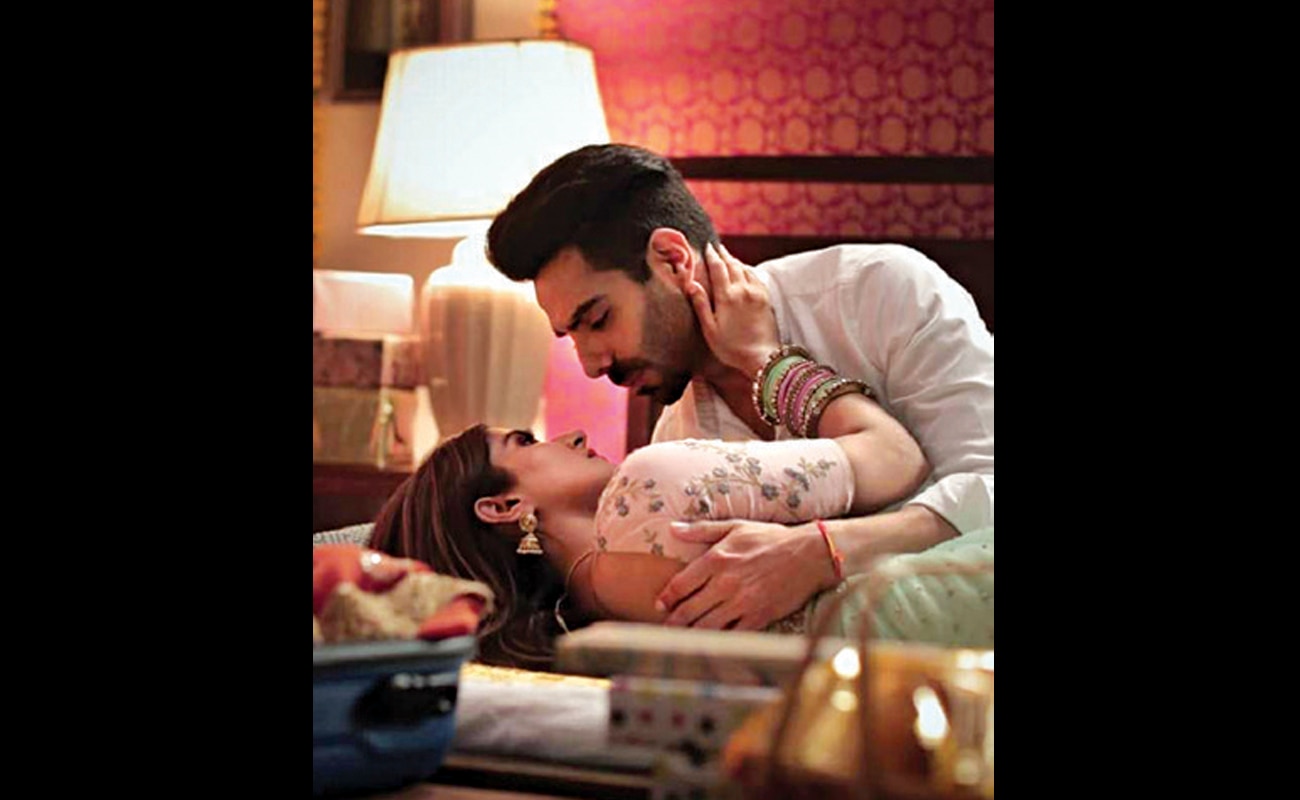 A still from the film Helmet

Releasing on Netflix still from the film Helmeton 17 September, the anthology film ANKAHI KAHANIYA will comprise shorts by three directors—AshwinyIyer Tiwari, Abhishek Chaubey and Saket Chaudhary. While Tiwari’s film is set to blur the distinction between fact and fantasy, Chaubey’s short is set in the 1980s, an age when escape could still be found in single-screen theatres. Together, the films explore a wholly unusual love.

TELUGU: Sriram Raghavan’s Andhadhun was a near-perfect game of cat and mouse that would be hard to better. Thankfully, though, it’s just the kind of story you can watch again and again. Streaming on Disney+ Hotstar from 17 September, MAESTRO is a retelling of the blind pianist’s story that promises exactly as many twists and turns. Directed by Melapaka Gandhi, the film stars Nithiin and Tamannaah. A still from Maestro

It all started with ‘The Professor’ (Álvaro Morte) wanting to print billions of euros in the Royal Mint of Spain. The criminal mastermind's ambition to pull off the biggest heist in history proved as dangerous as it was nail-biting. Money Heist holds the record for being the most-watched non-English title on Netflix. Its fans are all waiting for its final season to drop on 3 September. 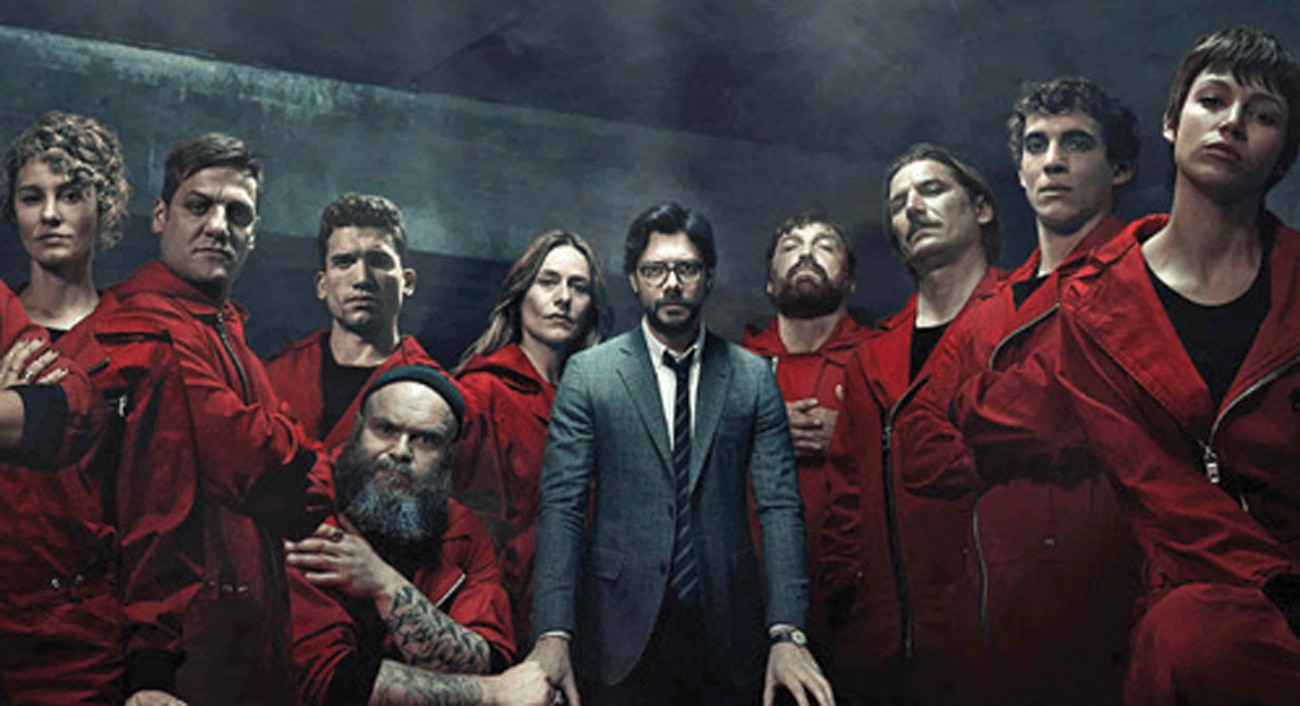 The cast of Money Heist

Coming to Amazon Prime Video on 9 September is a Nikkhil Advanidrama that imagines the struggles faced by doctors,nurses and frontline personnel in Mumbai on the night of 26 November 2008. Starring Konkona SenSharma, Mohit Raina and Tina Desai, this web show tells a familiar story—when the going gets bad, it’s our medical workers who first come to our rescue. The Right to Sex by Amia Srinivasan, Bloomsbury

According to Vogue magazine, Amia Srinivasan, a professor of social and political theory at the University of Oxford, is “a star” who will change the way we think of sexual consent. For Jia Tolentino, author of the groundbreaking Trick Mirror, “Srinivasan is an unparalleled and extraordinary writer—no one X-rays an argument, a desire, a contradiction and a defence mechanism quite like her.”In her book The Right to Sex, Srinivasan doesn’t just revisit debates surrounding sex, feminism, equality and freedom, she also clarifies them. As she speaks about pleasure and power, preference and pornography, she answers the question—how should we think about sex in a post-#MeToo world?

How to Kidnap the Rich (Hachette) After Ramesh, the protagonist of Rahul Raina’s hilarious novel, gets abducted, he becomes a kidnapper himself. Part-caper and part-satire, this one is an all-out riot.

Indian Innings: The Journey of Indian Cricket from 1947 (Westland Sport) Ayaz Memon traces the journey of Indian cricket, looking back at its many colourful characters and those who wrote about it.

Anuradha Roy’s novels—All the Lives We Never Lived, An Atlas of Impossible Longing—have always had large canvases. Her stories often speak of many things and this latest novel is no different. As it moves between India and England, it reflects on theEast–West schism. With the figure of a horse running through it, its narrative renews ancient myths. The book is as much a comment on fanaticism as it is a touching tale of forbidden love and coming of age.

Ritviz Srivastava was only 21 when he released the song ‘Udd Gaye’ in2017. A student of Hindustani classical music, Ritviz created an electronic sound that was uniquely his. Over the years, he has come to enjoy a popularity that stretches from Spotify playlists to DJ sets. Nucleya (Udyan Sagar), 41, on the other hand, had, in a sense, prepared the ground for Ritviz with chartbusters such as‘Laung Gawacha’ and ‘Aaja’.

For Indian fans of electronic music, a collaboration between Ritviz and Nucleya is, of course, an event. Though ‘Sathi’, the first song of their album Baaraat, gives us a melodic structure that Ritviz has almost come to trademark, it’s Nucleya’s beats that make this track altogether surprising.The two artistes have styles that are pronounced, but listening to ‘Sathi’, one doesn’t think they are competing. The Nucleya sound blends withRitviz’s vocals perfectly, creating a tune that is catchy and irresistible. Rohinton Mistry’s A FINE BALANCE is undeniably one of the most accomplished novels written about the Emergency. Hear actor Vikas Adam bring alive this tale of cruelty, friendship and heroism.

On MAKING SENSE WITH SAM HARRIS, hear the neuroscientist, philosopher and author look for answers to important and controversial questions about the mind,society and current affairs.