Kunal Kamra, 30, is a Mumbai-based stand-up comedian. He hosts a podcast on YouTube called, Shut Up Ya Kunal! 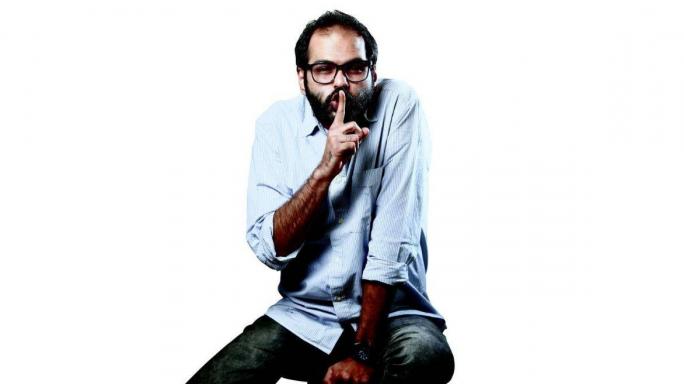 How did you come into comedy?

I had an advertising job when I attended an open-mic comedy contest with a friend who was performing. The next time I tried it myself and ended up as the runner-up. There was a very popular senior comedian in the audience who suggested that I should consider doing comedy. I took him seriously and started doing more events.

Do you have a mentor?

While writing, whenever I hit a block, my go-to person is [comedian-writer] Anuvab Pal. Other than that, I am mostly inspired by Varun Grover’s and Sanjay Rajoura’s work.

Who do you find funny?

Besides the three I mentioned, Doug Stanhope is one of my favourites. To be honest, most funny people are not into stand-up. Some of them are politicians!

Is political satire the new news?

Today, news is just satire. You are watching news to have a laugh and you are going to comedians and satirists for news—that shouldn’t be the case.

What inspired you to choose political satire?

I was consuming a lot of news and like any artist, most of my material just became about that. On screen and on paper, conflict makes for great content. Therefore, any comedy that’s based on opinion will reflect that conflict inherently. The more you write about things you believe in, the easier it is for you to create material.

Whom would you love to have on your podcast?

I would love to have Subramanian Swamy on the show but I am sure he will never come.

What shapes your political beliefs?

The best part about being a comedian is that you are not strongly rooted in any political belief. You don’t have a party-line to toe.

People must ask you if you are all set to join politics. What do you tell them?

I don’t think I have the discipline or the patience or the bandwith to ever join politics. Nor am I interested in it. I think we all have different roles in society, and you should play the role which is best suited to your ability. I can write an okay joke—and that’s what [I believe] I should stick to.

Do you think Indians are funny?

I don’t think being funny has anything to do with people’s nationalities. But broadly speaking, I think that in the past few years, India has lost its sense of humour. We aren’t able to laugh at ourselves anymore.

What is the one thing that you hate about stand-up comedians?

I don’t hate anything about stand-up comedians at all, but I would say that in comedy, we are sadly becoming too professional and formal. And there’s always a credit card between a comedian and a joke. Our craft is not growing as fast as our pockets. Most stand-ups are worried about how the content they put out will make them look, instead of how funny it is. Also, comedians have become influencers—they are at par with Bollywood celebrities.

How do you prepare yourself for your shows/podcasts? Do you feel the pressure to constantly keep posting in order to remain relevant?

I don’t feel the pressure to continuously post. I do not prepare myself enough. I just let things happen to me and I have no deadlines. I have no goals of, ‘Oh, I have to put out a special this year. The guests on the podcast have to bigger and bigger each time!’ I just go with the flow and I just do things that will entertain the four or five people I show the podcast to, before I release it. I edit it with Ramit and we incorporate any feedback before pushing it out. To be very honest, there is no pressure on deadlines. We put out things as and when we wish, and that’s why we face no pressure. There are around 20 videos on my YouTube channel in the last two years, and I think this frequency’s decent enough . We’ve stuck to this format since it’s worked for us.

Where do you find the courage to speak up against some of the most powerful people in the country? Why do you think speaking up is important?

I think the more difficult thing for people is to mind their own business and make money. I think that makes you feel incomplete. You have the information, you have the channel, but you don’t have the courage to speak. I think that is a terrible position to be in. I am not doing anything great. I am just doing things I think I should do.

Some of your most entertaining work (including the ‘Waah Modiji waah’ T-shirt) has emerged from the collaboration with ThePeeingHuman ( Ramit Verma). What is the backstory?

Ramit is a very talented editor and creative director on the podcast. We are also flatmates and work on everything together. Everything I do is thanks to him. The podcast is mostly his idea. I just invite the guest and shoot it, while he edits it. ‘Waah Modiji Waah’ is his brainchild. I am blessed to have collaborated with him since he is one of the sharpest minds when it comes to satire and humour.

Had it not been for the internet, what would you be doing?

I would have been in advertising. I would never have known that there is life beyond a secure job—and I don’t know if that’s really a bad thing.

How do you, as an ‘influencer’, see the comedy scene in India evolving?

A one-hour comedy special is not something that’s probably working as well as it was five-seven years ago. People don’t have attention spans over 10, 12, or 13 minutes. So, a lot of the content is online and people are watching it in passé, but it’s not converting into ticket sales or bigger deals. It is something that we have to deal with. There is no solution, but at least, we recognize the problem.

Do you feel comedians have become more responsible post #MeToo?

Yes, they are more responsible on stage. However, I don’t know if it is coming from any understanding of the problems. They may just be operating out of the fear of losing out on work or opportunities.

In the age of social media, pushback comes easily. How do you react to online hate and what does your thought trail look like while interacting with trolls and critics?

It’s a pretty one-way conversation. I never heed trolls or critics online because I don’t think anyone can criticize my work more than I do. To be very honest, I have stopped caring about the pushback or the criticism in the last one year. I just keep doing my work, and whatever makes me happy.

How do you perceive your growth so far and what is on your bucket list for the coming years?

Personally, I want to be more happy and travel a lot more. I don’t want to be stressed about anything and be able to speak my mind always.

If you ran the country, what is the first thing you’d get done?

I would get the facts in order—facts about our Independence struggle and our history.

There was news of you being evicted from your house. How has your work-related stress affected you personally?

This is not a big deal. They can evict me from one house—even two—but I can always find another. It’s not like I will ever be homeless. Life is great and I have nothing to complain about. I think the more I talk about this and victimize myself, the more I will discourage the comedians in the scene to be outspoken. We have an ecosystem which hates us. We also have an ecosystem out there to protect and nurture us.

Writing, creating content and performing in shows. These elections do not matter [to me] in any way. I will just be doing the same thing that I do.

Do You Like This Story?
79
0
Other Stories
Please enter valid text
Must Reads
Latest Issue