Benyamin Picks Out The Best Books He's Ever Read

Benyamin is an Indian novelist and writer of short stories in Malayalam. His 2008 book Goat Days won the Kerala Sahitya Akademi Award. Another novel Jasmine Days was awarded the JCB Prize for Literature and the Crossword Book Award (both in 2018). His latest works include Al Arabian Novel Factory and Body and Blood 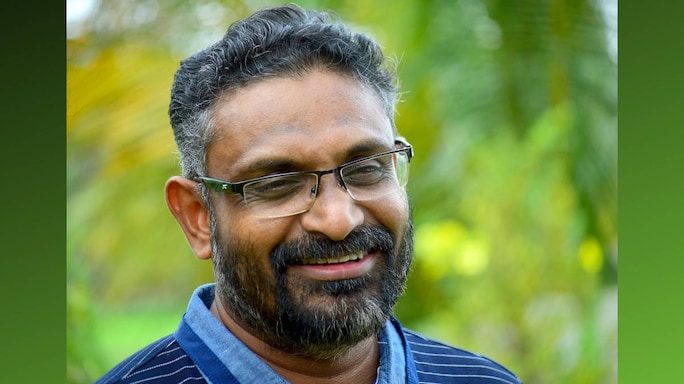 The Last Temptation of Christ by Nikos Kazantzakis, Faber, ₹599

This is a novel that unravels the Christ we know from the Bible. For me, it is the most creative presentation of the struggles he faced in his growth from man to divinity.

The novel depicts the conflict and resentment between the painters who were commissioned a book, to be produced during the reign of the 16th century Ottoman king Murat III. It evolves into a dialogue between the paintings of the West and the East. Each chapter has a different  narrative style presented by each of the characters. This and the delicious suspense that keeps going till the end make this work brilliant.

The work, I believe, is the most beautiful of all the novels ever written. There are no others that speak so beautifully about the mentality of acriminal, and the role played by the background in which he grew up. Dostoyevsky’s storytelling is simply amazing.

Today, Jerusalem is the holiest city in the world for Judaism, Christianity and Islam. This book depicts how these religions govern the world we live in by telling its millennial history, describing its ups, downs and the struggles for it. What sets this book apart, though, is the authentic and  meticulous history it narrates.

This book shows the magic of bringing mere folk tales to the imagination of a global audience, and how to do so. The story takes place in Latin America, but on reading it, we get the feeling that this is what is happening in our own backyard. With this, the world became acquainted with the charm of the literary style of magical realism.

This is a work of contemporary relevance by one of the most creative writers in modern times. This book deals with war and the pollution it causes in the human mind, the exer-cise of power and the psychological problems of loneliness—all issues that need to be discussed even today.

The jury described this 2015 Nobel Prize-winning author’s work as a “monument to suffering and courage in our time.” This book seeks to tell the life stories of people during the Communist regime in Russia, showing how dictatorship grips the lives of ordinary people. We can’t read many of these experiences except with shock.

A different kind of work that tells us what a novel can turn out to be, this book subverts the style of linear storytelling. The novel is a collection of short notes on the concept of travel. Once we have read the book, a different world of ideas emerges and fills us.

My favourite work—a book that provided a good answer to all self-conflicts, fears of failure and existential problems I had in my youth. Based on the life of the great musician Beethoven, the work depicts how a man copes with ups and downs and losses in his life. It tells us that life is not only about  success, it is about failure as well.

Although there have been many books on the atrocities of the Nazis and the persecution of the Jews in Hitler’s time, this is a remarkable work with a variety of narratives. It tells us how fascism massacres people.