Be Kind to Your Mind: How Seniors can Stave Off Mental Decline

In a world where the pandemic has turned long-held social norms and ways of living upside down, ageing is far from an easy process, not least in the way it affects the mental health of the elderly. Two experts explore how to care for ageing minds in this excerpt from their recent book Rethink Ageing 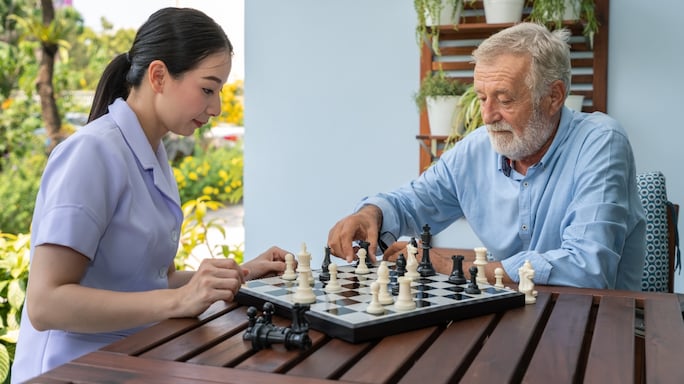 Daddy had always been Sangeeta John’s world. John, a Mumbai-based former journalist, lost her mother at an early age. Her father was a single parent and a mining engineer who raised her with love and affection and retained his sharp and analytical mind well into post-retirement. When he repeatedly started to complain about physical ailments that seemed to have no solution despite umpteen doctor visits and distancing himself from her, John sought out psychological help. Eventually, her father was diagnosed with anxiety. John has always been an aware daughter, clued to her father’s health needs. Yet it took her time to get the right diagnosis, because everyone—including her—focused on his physical health first.

Geriatric psychiatrist Dr Santosh Bangar isn’t surprised when we shared this with him. As one of the few trained liaison psychiatrists for older adults in India, Mumbai-based Dr Bangar works closely with general physicians in hospitals and often comes across older adults who have auditory and visual hallucinations, like Shoma’s father. He says we seldom realize that imbalanced physiological parameters can also manifest as mental-health issues and vice versa. ICU psychosis or delirium is a state of acute confusion, where older adults can become aggressive, agitated, paranoid and hallucinate because of physical imbalances. It is extremely common.’ In our classic focus on physical health, more so for older adults, we often forget that the mind needs as much care and attention as does the body.

With older people, problems can run the risk of being brushed away under the carpet of ‘old-age issues’ even by the most empathetic families. We couldn’t be more wrong. Geriatric psychiatrists say the most common mental-health issues they come across in older adults are depression, delirium, anxiety-related issues and disorders related to substance abuse and addiction, lack of sleep and chronic pain. In fact, 30 per cent of the 103 million people above sixty in India have symptoms of depression, says the 2021 Longitudinal Ageing Study (LASI). Neurodegenerative conditions like dementia, epilepsy and Parkinson’s disease may manifest as mental-health issues for years, say experts. ‘Sometimes people may come with anxiety, sleep problems, constipation, loss of sense of smell or nightmares, before being diagnosed with a neurological condition,’ Dr Bangar adds.

What is a good state of mental health? Mental-health experts we spoke to for this book, describe it not just as the absence of a disorder but a state of emotional wellbeing where you are able to cope with challenges that life may throw your way. And while everyone experiences some form of stress, it is an individual’s response to it that determines the extent and need for counselling and intervention.

Ageing isn’t an easy process in a world where the pandemic has turned long-held social norms and ways of living upside down. Devoid of their usual routine and a looming sense of an uncertain future, many older adults are trying hard to adapt to the ‘new normal’. More than ever, it is time to pay attention to the mind as much as we do to the body, as it ages. Even the data says so. The National Mental Health Survey conducted by NIMHANS in 2015–16, 3 showed that 10.9 per cent elderly were in need of mental health care. Worryingly, the treatment gap was 85 per cent, showing the apathy towards mental-health treatment in India.

How do you know when to seek help for mental health?

Act on your instinct and seek medical help if you feel something is off, says John, who has followed that through her caregiving journey. John has been a caregiver for almost ten years now, and if like her, you have been a caregiver too, you’ll probably recognize many of the hurdles she talks about—lack of early diagnosis, managing a senior citizen’s physical and emotional setbacks, explaining decisions to often contrary family members and trying hard to create a conducive environment for the elder. Here’s a checklist of mental-health red flags we collated after speaking to caregivers and experts. Remember that the signs may not follow the same pattern for all but if some of these happen consistently, a doctor visit could be due.

How to Be Kind to Your Mind

One of the kindest acts you can do for your mind is to find a sense of purpose. In the global bestseller Ikigai: The Japanese Secret to a Long and Happy Life, the authors share examples of this across Japan, especially in Okinawa, the village with the highest number of centenarians, showing how finding your ikigai or a sense of purpose can keep you focussed and enhance emotional well-being. Your sense of purpose could be a hobby, activities you do around the house, a vocation or a cause. It could be using your skills to teach underprivileged children like Charles Narayanan, a retired radiation physicist in Bengaluru, does. Lovingly called Tuition Uncle, Narayanan says teaching helps him keep his mind sharp, utilize his skills and gives him something purposeful to wake up for, every morning. His first student, Pooja, who barely knew English, Math or Science when she started, finished a Bachelors in Computer Application degree in 2021 and secured a job in a reputed IT firm. Narayanan says such success stories keep him motivated to do more and his mind functioning actively.

Exercising the brain helps too. We have all read about the cognition-sharpening powers of Sudoku. Cognitive activities like solving a puzzle, doing a word game, crafting or learning something new keep the brain working. Chennai’s Suguna Rangaswami, eighty-two, attributes much of her mental agility to her love for crafting (she makes soft toys and puppets), Scrabble and other word games that she has played over the years. If games like Scrabble improve brain plasticity, experts also suggest learning a new language or instrument or trying something new such as gratitude journaling. Brain gym exercises can also help the brain develop new connections.

As neuropsychologist and sleep scientist Matt Walker puts it, sleep is your life-support system. A study conducted by Walker showed that older people above sixty had almost 70 per cent loss of deep sleep compared to people less than twenty-five. As Walker says in his now-famous TED talk, disruption of deep sleep may contribute to cognitive decline and Alzheimer’s disease as well. So, sleep as well as you can. Your brain will thank you for it.

For some, it’s spirituality that helps achieve emotional stability, especially in a world battered by negative news and grim happenings. Meditation, chanting, devotional music, becoming part of a spiritual study group or motivational texts may help find a space of calm and healing. Apps like Calm and Insight Timer offer short guided meditations and music that is aimed at helping people unwind, relax and help first-timers navigate ways to meditate. It reminds us that our emotional imperfections and struggles could be like the Japanese art of Kintsugi—where precious metals like gold are used to give broken ceramics a beautiful new look. We don’t need to hide the broken parts within us—instead, we can be aware of their fragility, learn to work with them and emerge stronger. It’s a long road ahead in the journey of opening up to mental health in India, but as older adults like Moitra and caregivers like John show us, acceptance among the elderly has gradually begun.

Excerpted with permissions from Rethink Ageing: Lessons In Ageing From The Older And Bolder Generation, by Reshmi Chakraborty and Nidhi Chawla. Published by Penguin Books, 2022

Reshmi Chakraborty is the co-founder and Editor of Silver Talkies, a social enterprise focused on active ageing since 2014. She has worked as a journalist for over two decades and continues to write for various publications.

Nidhi Chawla is the co-founder and Business & Strategy Head of Silver Talkies. She has several years of experience in the financial services sector, having worked with SREI International Securities as well as McKinsey & Company and is currently a member of the CII Seniorcare committee.