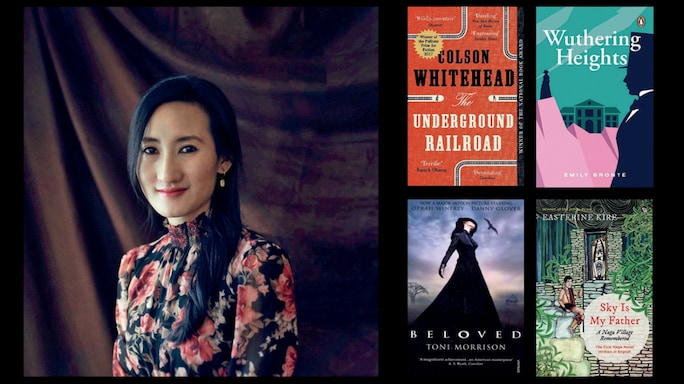 A moving historical novel on slavery in antebellum south, this book is a daringly imagined blend of history and creative imagination. While the author envisions an actual physical train in the novel, the same is also brilliantly emblematic of the network of good, brave people—white and black—who came together against institutionalised slavery.

This one has everything—a giantess Dog woman, dancing princesses who choose their own happy ending, fluid time, space and reality (time is compared to maps!). I read this book in college and its subversive take on conventional perceptions, particularly its treatment of fairy tales, remain an enduring lesson in questioning the usual traditional norms of patriarchy.

The Narrow Road to the Deep North by Richard Flanagan, Vintage

Flanagan tells a difficult story well— one about human suffering, the horrors of war, love that torments. His compassionate rendering also reveals startling beauty in unexpected moments. I especially adore how Flanagan tucks little bits of haiku within the prose narrative. Ultimately, this book is a moving ode to the resilience of the human spirit.

A House for Mr. Biswas by V.S Naipaul, Picador

Almost every traditional Naga man’s dream is to own a piece of land and better still, build a house on it. I grew up listening to male figures in my life talk of building houses and I never quite understood it.Then I read this darkly hilarious, poignant novel. Mr Biswas’ quest to claim a space for himself in the world made me rethink the idea of a house and what it means.

One Hundred Years of Solitude by Gabriel Marquez, Penguin India

“It was the butterflies. Meme saw them as if they had suddenly been born out of the light and her heart gave a turn.” This masterpiece was my introduction to the world of magic realism. Yellow butterflies have never been the same since.

A ghost story emerging from fragments of memories, this is a powerful, devastating commentary on slavery. Morrison has stated that she tried “to make the slave experience intimate”. I remain struck by how profound and humbling her book feels.

A Tree Grows in Brooklyn by Betty Smith, Arrow

A timeless coming-of-age novel filled with heart and wisdom for both children and adults. Who can resist falling in love with Francie Nolan, the book’s fierce young protagonist, as she boldly traverses the rites of passage which come with adulthood? I remember revisiting this classic I loved in my younger days while in a reading rut. I enjoyed it as much—it was exactly what I needed. Goes to prove how it takes just the right book to reignite a spark.

The restless romantic in me keeps going back to this classic: a tempestuous gothic romance set in the Yorkshire moors of England. Bronte’s only novel mesmerises me with its sheer poetry, its unabashed portrayal of love as religion—transformative, redeeming, transcending.

I read this in college and decided I never wanted to read it again after I was done. It was just too heartrending. This novel, for me, is storytelling at its finest.

Sky is My Father: A Naga Village Remembered by Easterine Kire, Speaking Tiger

Other than holding the distinction of being the first novel written in English by a Naga, this book is an important addition to my bookshelf. It is a beautiful and heartfelt reminder of the possibilities contained within that old association between history and literature, particularly for traditionally oral societies.