Alia Bhatt opens up about becoming a producer, how streaming is expanding her fanbase and being a nervous expectant mother 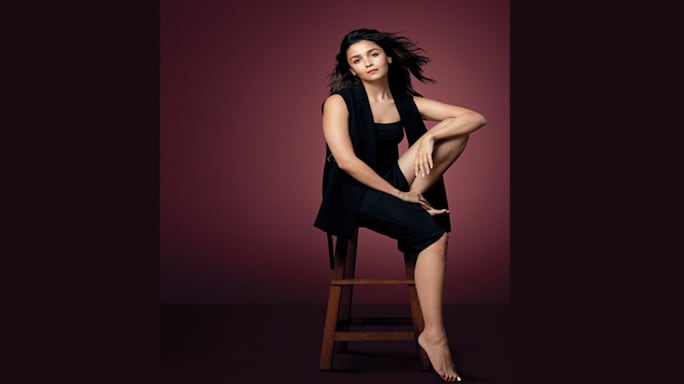 Darlings is a genre-shifter. It starts out as a relationship horror and then turns into a revenge thriller and dark comedy. Did the surprise factor draw you to it?

When the director Jasmeet K.Reen started the narration she said I want to make a film on domestic violence but in an entertaining way. Otherwise people don’t watch films like this and learn. I also loved the mother-daughter dynamic; I was emotional about their journey by the end. I love the way Jasmeet has brought alive the world and how clear she is in her vision.

You play a character who is so gullible that you feel like knocking some sense into her. How did you get into the shoes of Badru who is so unlike Gully Boy’s feisty Safeena?

For a long time I wanted to play a naïve, almost silly, woman. Badruis simple and pure; she genuinely believes that her husband loves her. Not everyone is like Safeena,who gives it back. I am not saying everybody should be like her—I don’t think being violent is the answer—but then being submissive and ignorant like Badru is not either. But I liked the fact that there are reasons for everything. She doesn’t want to be alone like her mother. You always try and not become your parent but eventually you do and realise it’s not that bad.

Which brings us to what qualities have you inherited from your mother?

Apart from the workaholicness and willpower that I have imbibed from my father [filmmaker Mahesh Bhatt],I am just like my mother [actress Soni Razdan]. The way I speak, my anxiety and paranoia when it comes to health. She’s very funny and I like to think I am too, and we both have a zest for travel and life. We cannot sit in one place. So much so that my sister Shaheen can be heard saying ‘Calm down Soni. OK Soni.’

How is preparation for the upcoming real-life role, that of a mother, going?

I think it’s a combination of nerves and excitement. I am already beginning to get paranoid. My mother was like ‘Be prepared now. You will be scared for the rest of your life’.But I am also grateful, hoping that everything goes well every day, that there’s health and happiness. There's much love in the air. I am a big ball of love right now.

Darlings is a Netflix release. So is your first international production,Heart of Stone. Both Gangubai Kathiawadi and RRR found a whole new audience on this platform. You feeling the benefits?

I have a whole new fanbase in Thailand that I didn’t expect because Gangubai went viral once it released on Netflix.My digital team was like your[Instagram] followers are going up and we realised the timing was cued to the film releasing on streaming. Even when I was travelling in London during the shoot of Heart of Stone, lots of people would stop by and say they had seen it because of Netflix. So yes it has definitely helped.