Exposure to contaminated air (and water) kills three times as many people as AIDS, tuberculosis and malaria combined, and nearly fifteen times more than war and all forms of violence, according to the Lancet Commission on Air Pollution. 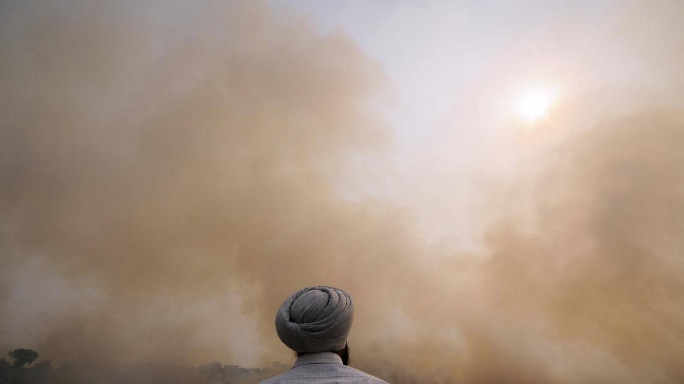 A breach in our defences

‘We are moving back to Washington this week,’ wrote Gardiner Harris, the New York Times correspondent in India, in an editorial in 2015. It was his goodbye letter to the city that had been his home for three years.

Gardiner and his family were packing up their lives in Delhi because their eight-year-old son had developed full-blown asthma while living in the capital and had been on regular steroids.

‘The high level of pollution from vehicles, dust, smoke and factories, especially during the election campaign when he was travelling around the city, might have caused accumulation of toxins in his body and that required immediate attention,’ Dr Baina Nandakumar, Chief Medical Officer at the Jindal Institute of Nature Cure in Bengaluru, said to the Indian Express in April 2015.

He was speaking about his patient, Arvind Kejriwal, chief minister of Delhi, who had to leave the city and spend ten days in Bengaluru to be cured. Two years later, in November 2017, the situation in Delhi had not improved, it had only become worse. Disgusted, the chief minister famously compared the city to a ‘gas chamber’ – a term which is still used to describe India’s capital city every time pollution makes headlines.

‘There were oxygen cylinders in the change room. It’s not normal for players to suffer in that way while playing the game,’ Sri Lankan cricket coach Nic Pothas told the Guardian in 2017 after a Test match between India and Sri Lanka in Delhi had to be stopped because the Sri Lankan players started vomiting on the field, unable to handle the bad air that hung over the stadium that December morning.

‘If you have the option to live elsewhere, you should not raise children in Delhi,’ warns Sarath Guttikunda, one of India’s top researchers of air pollution. He moved to Goa to protect his two young children from Delhi’s bad air.

Thirty years ago, I too woke up to find I couldn’t breathe. When I was rushed to the doctor, I found out that I had grown allergic to Delhi’s polluted air. Perhaps, if I hadn’t taken immediate action I wouldn’t have been here, and you would be reading a different book right now.

It’s always hard to imagine someone else’s suffering, so let me give you a simple example that may help you understand my plight better.

All of us have been struck by the common cold at some point in our lives. The first symptom is usually a stuffy and blocked nose, making it difficult for you to breathe. This feeling usually gets exacerbated just before you’re going to bed. As you lie down there can be a moment of complete panic when you are not able to breathe at all. It makes you sit up, it sends your heartbeat racing, and it makes you gasp for air. Even though you know it’s just a common cold, those few seconds of not being able to breathe can be a terrifying experience.

Now imagine that as a constant feeling. That’s what it was like for me that morning many years ago. My road to recovery was long and arduous. My routine revolved around constant doses of medication, perpetually reaching out for my inhalers and anti-allergy puffs, because I was always gasping for breath. On some days I felt so weak I couldn’t find the strength or the will to get out of bed and go to work. I was angry and bewildered at the same time. I had no idea why I was paying the price for something I had nothing to do with.

But this is the truth in all its brutal starkness. Air pollution doesn’t choose its victims. It affects all of us because we all breathe the same air, irrespective of who we are, rich or poor. Pollution cuts across class and creed, ruthlessly dispensing its poisons to all that live and breathe. And for the first time ever in the history of human physiological evolution, it is breaking down and permeating the sophisticated mechanisms of the human lung system.

Do you know how big your lungs are? Take a wild guess.

If you were to remove your lungs and spread them out on a flat surface, it would cover a full-sized tennis court. That’s forty times the surface area of your skin. Amazing, isn’t it? 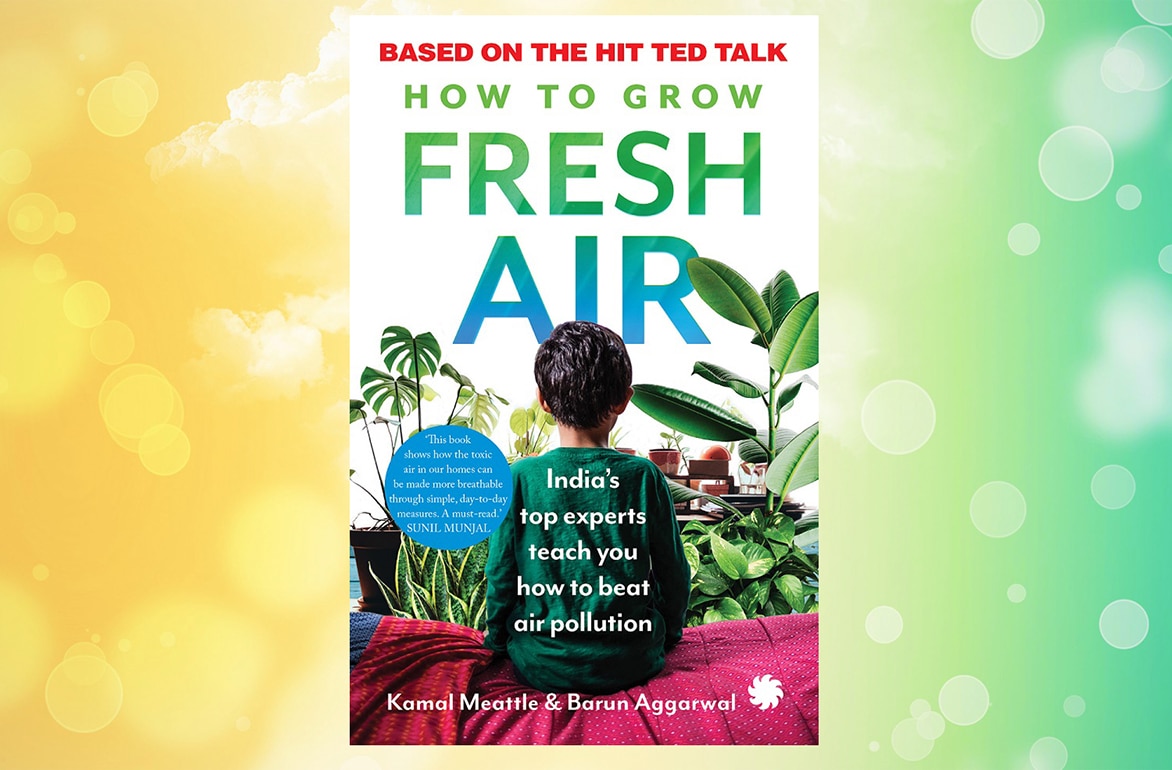 When we breathe in, air enters our noses and mouths, goes down the windpipe, or trachea, and then into our lungs through large tubes called bronchi, and then into smaller tubes called bronchioles. (When these tubes get blocked with phlegm, we are diagnosed with bronchitis.) From here the bronchioles sweep the air into tiny air sacs with very thin walls (that look like bunches of grapes) called alveoli, where oxygen separates itself from the rest of the air by attaching itself to the haemoglobin. These oxygen-ferrying taxis then circulate throughout our system by the many tiny blood vessels called capillaries. If all arteries, veins and capillaries of the human circulatory system were laid end to end, the total length would be 1,00,000 km. The total volume of blood in the circulatory system of an average person is 5 litres. Blood recirculates 1500 times each day, even without any exercise to speed it up, and pollutants affect the quality of blood.

As all of us know, oxygen is vital to life. Oxygen is the only way the food in our systems gets converted to fuel. It powers our bodies like a cell phone charger.

I like to think of the human body as an especially intelligent and utopian nationhood. Like Wakanda in Black Panther. An empathetic system that has evolved from the ground up – one that nourishes and enriches its citizens, learns from and adapts to new environments, accounts for exigencies, is fortified with defences, and isn’t afraid to deploy its ammunition against hostile invaders to protect its people.

The human body is capable of all of the above. Take, for instance, the nose. It’s more than just an entryway for air; it also acts as a round-the-clock vacuuming system. The nose is lined with fine hair called cilia that trap and stop any foreign and unwanted particles from going down the windpipe. It is one of the many examples of how our bodies have prepared and developed a fortifying mechanism against unwanted elements.

But what happens when the foreign particles in the air are smaller than the ultra-fine cilia in your nose? How can the cilia stop something when it is not equipped to do so? PM 2.5 are such small particles that they pass through our noses easily. And so one of the first and most dangerous breaches in our physiological defences begins. This is where the Trojan horse is being wheeled in, and little do we know of the devastation that will soon occur.

Our bodies are incredibly complex organisms that have evolved over 1,00,000 years to survive and adapt to the environment and excel at it. Yet, today, air pollution is destroying these amazing mechanisms like never before. The very air which is our life support has become toxic. So, when we breathe we are also taking in hazardous toxins that pass from the air into our nose, then to our lungs and finally into our bloodstream, where they inevitably end up clogging our arteries, waiting to be cleared by stents! And heart disease is just one of the many disorders that air pollution causes.

Perhaps, in many decades to come, our bodies will evolve to combat pollution too. But right now, this is wishful thinking. Till then, we have no other choice but to clean our air and protect ourselves and our families from the devastating effects of pollution.

Today, all of us are conscious about the food we eat. We make sure we drink two to three litres of water every day. We look for superfoods like chia seeds and quinoa to boost our nutrition. We’ll go to the ends of the earth to eat what will make us slimmer, live longer lives or make us stronger or cure us of some illness. But we hardly stop to think about the quality of the air we breathe.

We take around 23,000 breaths a day, that’s about 11,000 litres of air every day. Now what if I told you that the air you are breathing right now (especially if you are in one of the more polluted cities in India) is equivalent to smoking forty-four cigarettes a day? This statistic isn’t just limited to the capital city. Every emerging metro in India is choking under air pollution.

Exposure to contaminated air (and water) kills three times as many people as AIDS, tuberculosis and malaria combined, and nearly fifteen times more than war and all forms of violence, according to the Lancet Commission on Air Pollution.

The WHO study released in May 2018 is even grimmer. It reports that nine out of ten people breathe polluted air, and every year seven million people around the world die due to exposure to both indoor and outdoor air pollution. The study also says two million of those deaths occur in Southeast Asia and other developing regions of the world.

Yet, with over 80 per cent of cities around the world today breathing polluted air, this is no longer an individual fight. Governments around the world need to realize that pollution is not a problem that will go away on its own, or lessen with ad hoc initiatives like vehicle restrictions. A lot more needs to be done to cut pollution levels from ambient and indoor air. Everyone is bearing the brunt of air pollution at a serious cost to their lives. But children are especially vulnerable to respiratory issues such as bronchitis and asthma.

Excerpted with permission from How to Grow Fresh Air by Kamal Meattle and Barun Aggarwal, published by Juggernaut Books. The book can be purchased here.