A Worthy Follow-Up: A Review Of Hannah Gadsby's Douglas

Articulate and insightful, though not as powerful as Nanette, Hannah Gadsby’s Douglas is still a treat to watch 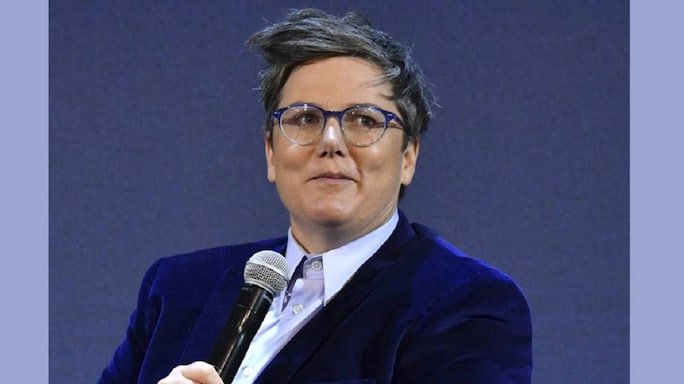 Australian comedian Hannah Gadsby’s extraordinary Sydney Opera House performance of Nanette—her intense concoction of comedy, drama, storytelling, art history, social commentary and feminist, outsider anger—became an international Netflix hit. Articulate, intelligent, insightful and provocative, Gadsby tapped into a post-#MeToo vein, her Netflix special airing just as the world appeared to be waking up to the iniquities of the patriarchy (just as the world now appears to be reminded of the iniquities of racism).

Gadsby’s Netflix show was cathartic, eye-opening, emotional—taking a flamethrower, for instance, to society’s reverence of Picasso as a transformative artist while ignoring his history of violent misogyny. But Nanette was not about cancel culture so much as a viscerally expressed plea to be heard, for the right to be heard. In Douglas, her Netflix follow-up, Gadsby is less performatively angry, less abrasive but also less interesting. Her stylish opening gambit is to set up the structure of her show before going on to expertly deliver it nonetheless.

The show is named after the rectouterine pouch, a feature of the female body, laid claim to by Scottish anatomist James Douglas—a typical example, Gadsby says, of patriarchal entitlement.

Douglas lacks the coruscating originality of Nanette, but it remains a treat to watch Gadsby, particularly her excursions into art history, her mock despair at what great art reveals about the predilections of men and her very real despair about who gets to make art and who gets to tell their story.