A Hell Of An Actor: A Chat With Paatal Lok's Jaideep Ahlawat

Feted for his performance in Pataal Lok, Jaideep Ahlawat has grabbed a long-awaited and well-deserved spotlight 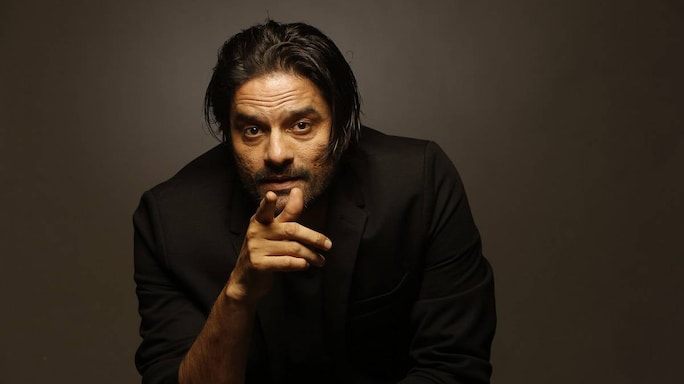 Is it true you wanted to be an Army officer?

I did. That was the environment in my hometown in Haryana—most students prepared for the Indian Army exams. A bunch of my friends and I tried to get into the Army as officers too.

How did you end up in films?

After two or three failures with the Combined Defence Services exam, I got messed up in my head. After graduation I didn’t do anything for a year because I was so angry with myself, and so frustrated. I started theatre that year, which helped. Then I joined a master’s course in English, because being in a university meant I could be in university plays and inter-university contests. After that, I applied to the Film and Television Institute of India (FTII).

How did you feel when you realized your role as Shahid Khan [in Gangs of Wasseypur] was being praised?

(Laughs) At the time, Facebook was the biggest social media platform, and I used to get messages and see posts with articles in which I was being praised. I didn’t realize it’s a big step. I was just in a happy zone that I had done an Anurag Kashyap film with great actors. Then, maybe a week or month later, I realized people had started recognizing me on the road. That is the moment it got real. It felt amazing.

Before Gangs of Wasseypur, did you feel like giving up at any point?

Never, because this is the only thing I like to do. I have a diploma in education—I am eligible to teach students under class 5—but I never gave myself that option. Especially because of FTII, I knew it’s a matter of time, and it’s not like if you go to Bombay they will serve you everything on a platter. So I was just trying to get better projects.

Critics have been praising you for a while, but the scale of audience recognition for Paatal Lok has been unprecedented. How do you think this happened?

Not just critics—the audience also watched Gangs of Wasseypur, Raazi, Vishwaroopam—but when they found me featured as the protagonist and my performance was good, they were much more favourable towards me. It’s actually quite normal. In Paatal Lok, my role also had the length of the entire series, so my performance reached more people’s hearts and minds.

Do you prefer today’s world with its massive social media presence and immediate response to Paatal Lok or an earlier, quieter world?

Even if I prefer the earlier world, I can’t do anything to change things.

Some people don’t have social media accounts at all.

I am hardly on social media. When I do go online it’s only to talk about my work or something I feel strongly about. For me, it is social media, not my personal-life media. I restrict myself online because that suits me. I don’t post what I’m eating or reading. I don’t do that.

Do You Like This Story?
87
2
Other Stories
Please enter valid text
Must Reads
Latest Issue