A Glimpse Into The Past: Calcutta Through The Eyes Of Bourne & Shepherd 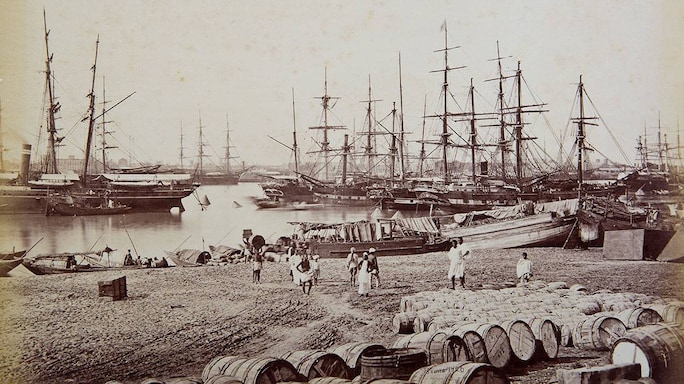 Achieving renown as a landscape photographer soon after he got his start in London, Samuel Bourne made his way to India in 1863 by boat, hoping to work professionally in the field. Over the next seven, hugely prolific, years, Bourne produced some of the most definitive photographs of the 19th-century Indian landscape, by incorporating aesthetic, cultural and philosophical notions of the Victorian tradition of the picturesque in his works.

Bourne’s images—more than 2,000 of them—act as important historical records of colonial outposts such as Kolkata, Agra, Shimla and Varanasi among others. The exquisite quality of his images was a result of the care he took in developing them, using the long and laborious wet plate collodion process. His photographic surveys of the Himalayas, which represent some of the finest examples of 19th-century travel photography, are a testament to this monumental effort and boast of an unbeatable finesse in aesthetic and technical quality. In fact, by the time Bourne left India in 1870, the Bourne & Shepherd studio, which he helped set up and which was functional until 2016, was among the most commercially successful studios in the world at the time.

Admittedly, Bourne considered Calcutta “totally devoid of architectural beauty, and its immediate neighbourhood of pictorial interest.” Yet Bourne & Shepherd’s photos of Calcutta are nothing if not evocative. They have the effect of ‘freezing’ Calcutta in time, particularly during the era of the British Raj. The historical worth of these photographs is only now being fully appreciated. Museums and curators have, in the recent past, held exhibitions displaying whatever remains of the Bourne & Shepherd collection, after a massive fire in 1991 tragically destroyed most of the negatives and archival material in its possession.

Bourne’s work (above) depicts a bustle of activity near the river Hooghly, which runs through the erstwhile colonial capital. The details of the image offer cogent answers to the question of why this city and the river were so vital to colonial trade and commerce.

Located on the banks of the river, Calcutta acted as a major access point and strategic hub for transporting goods and people into Bengal and further inland. As for the river itself, for centuries, the Hooghly was used as a trade route for several empires that set up commercial posts along its winding length. With time and the advent of more European traders, its importance magnified, due to the route to international markets that opened up via the Bay of Bengal and the Indian Ocean.

This is clearly evident from the line of people who can be seen unloading goods from docked ships and the scores of barrels propped up on the riverbank in the picture. The ships themselves add an element of nostalgia, taking us back to a time that is forever lost.