5 Predictions For The Future Of T20 Cricket In 2016, West Indies earned a rare distinction as they clinched the T20 Cricket World Cup in both the men's and women's versions of the game. (Photo: T20 WorldCup/Facebook)

For all its evolution since 2003, T20 still has a very long way to go. The tumult of the early years of the IPL has given way to acceptance of T20’s place. This has precipitated a rise in advanced thinking around the format that has represented the beginning of a strategic and technical revolution. Yet the speed and efficiency of change is only going to accelerate in the years ahead, as teams, management, coaches, players, the media and fans become more familiar with the game and its subtleties—and the financial incentives to win increase. All the while, there will continue to be innovation off the pitch in how the sport is structured. Here are five predictions for the years ahead.

As understanding of T20 deepens it will become increasingly acknowledged that T20 and Test cricket are so different that they are essentially different sports. Although there are still 22 players on a 22-yard pitch with six stumps and a leather ball, the offensive and defensive players are inverted.

As awareness of these differences becomes increasingly apparent and as the game—particularly T20, still in its nascent years—continues to evolve, the gulf is likely to widen. Very few players will be able to master the skills required to succeed in both Tests and T20. The ODI format, meanwhile, is likely to represent the middle ground.

This divergence is already clearly apparent in spin bowling: Almost no spinners since the advent of T20 have maintained consistent performances in all three formats. Shane Warne and Muttiah Muralitharan, the two greatest spin bowlers in the history of the game, are arguably joined by only left-arm spinners Daniel Vettori and Shakib Al Hasan in being able to excel in all three formats.

Pace bowlers are increasingly finding cross-format success almost as elusive. For batsmen there has remained more of a crossover, helped by their physiological advantage which enables them to train more. But as pressures are placed on power hitting and 360-degree scoring, many will be forced to choose between the defence-orientated red-ball game and attack-focused white-ball formats.

The T20 World Cup will expand

The ICC often declare that T20 is the globalization vehicle, but the number of countries permitted to play in the main stage of the men’s World Cup remains pitiful compared to sports that cricket likes to consider itself bigger than. But the decision in 2018 to open up T20 international status to all men’s and women’s international sides, bringing cricket in line with other sports, hinted at a desire to grow the sport less tepidly.

In the years to come this number is likely to grow. Sanjog Gupta, the executive vice-president of Star TV Network—and, as such, a crucial member of the cricket ecosystem—said that he supports a more inclusive format.

"I do see room for the T20 World Cup to be a big platform for new nations to come in and new nations and new viewers to be inducted in cricket and for it to become the tournament that’s the real first handshake for viewers around the world," Gupta said. 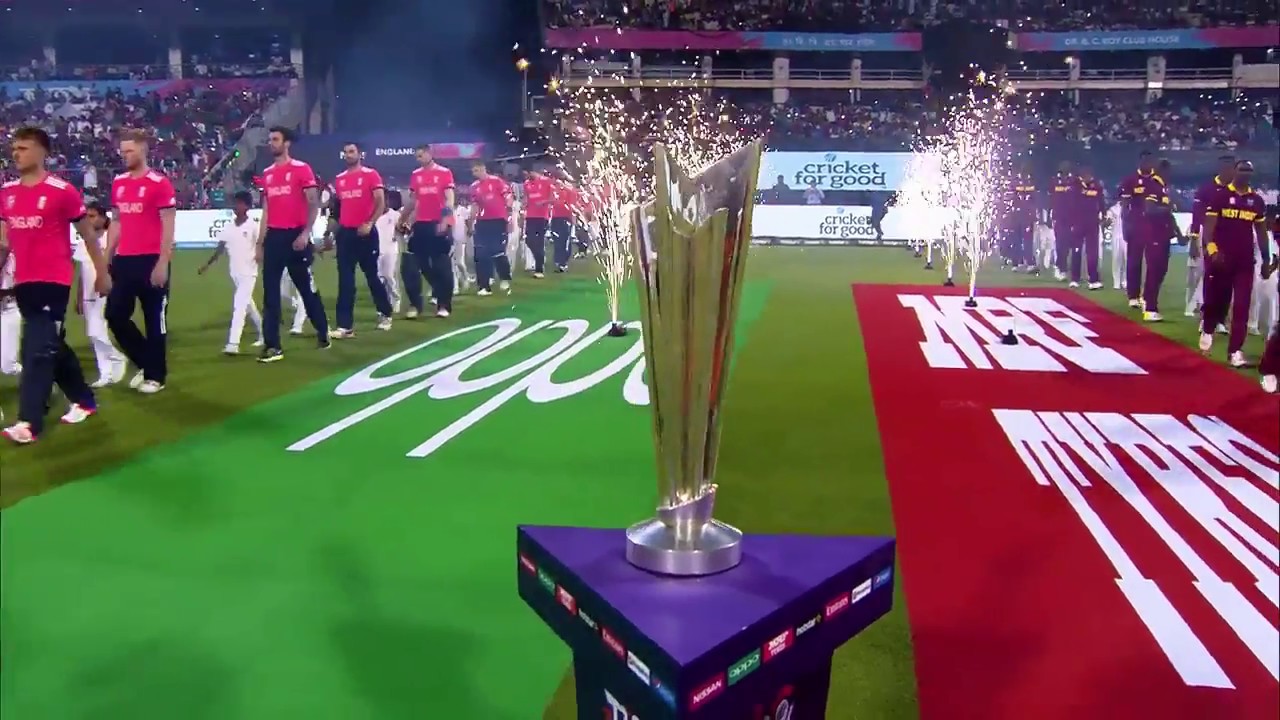 A few tweaks to the rules behind organizing the T20 World Cup event could change the game forever. (Image: YouTube)

He suggested two potential models for expansion. The first option would include 14 teams: "You could potentially look at two groups of seven, which gives you 42 games followed by an extended play-offs."

The second option would include 15 teams, followed by a subsequent stage. "You could potentially look at three groups of five each, with two from each group qualifying and playing in the Super Six. That gives you a good mix of new teams, more regions but also great games at the Super Six and league stage."

Recent progress made by the US men’s team, who are now ranked among the world top 20 in ODI cricket, is likely to crystallize the desire to grow the T20 World Cup.

Traditionally bowling actions have been a product of a compromise between competing factors—broadly: speed, accuracy, movement and endurance.

The reduced physical workload of four overs per match and the challenges posed by balls that don’t swing and pitches that don’t seam, opens up the possibility of a new breed of pace bowler: concerned almost entirely with bowling at high speeds.

These bowling actions will likely look and feel very different to traditional bowling actions. They will probably be slingy and more round-arm, resembling a javelin thrower as much as a cricket player. Such bowlers will also be built differently too. They will have distinct training regimes, with high strength and power development emphasised to develop short bursts of explosive movement to attain extreme high ball speeds over 24 balls.

Producing bowlers such as these will require "a completely different approach to developing fast bowlers" according to Marc Portus, head of movement science at the Australian Institute of Sport and a bowling biomechanics expert.

The emphasis on boundary hitting in T20 will give rise to a new subset of batsmen, more aligned to baseball hitters than traditional cricketers. These players will have techniques designed to maximize shot power and distance with minimal footwork and a strong, stable base and a still head. Their bat swing will be long and clean and they will generally be big, powerful men. They will typically target the leg side because it is the most natural hitting zone but they will evolve to hit over the off side as well. 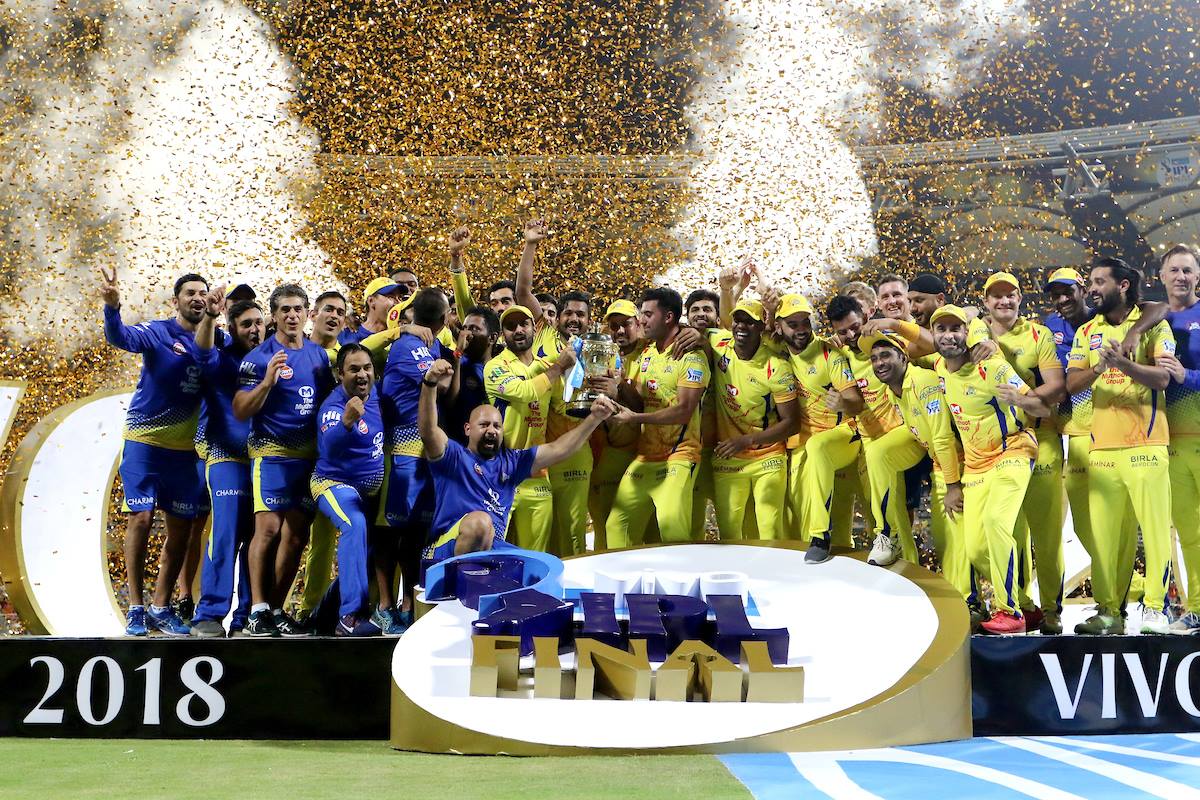 "I think guys are going to get bigger and stronger like baseball where the fielders don’t matter," envisaged Brendon McCullum. "You’ll just take the fielders on. Andre Russell is like that, isn’t he? He doesn’t play sweeps or ramps, he just hits in his area."

T20 will be cricket’s gateway to the Olympics

In 1900, Devon and Somerset Wanderers, representing Great Britain, beat the French Athletic Club Union in a cricket match in Paris. Twelve years later, this game was officially recognised as being part of the 1900 Olympic Games. It remains the only game of cricket to take place in the Olympics.

In 2009, rugby sevens rejoined the Olympics, effective from the 2016 Games. The benefits have dwarfed all of World Rugby’s expectations: Rugby has received around an extra £25 million every four-year cycle from national Olympic committees since rejoining, as well as extra sponsorship and support from local government. Most significant has been the exposure gained through being an Olympic sport—both in the Games themselves and in qualification for it—which has boosted participation in the men’s and, especially, women’s game around the world.

Rugby’s surge has highlighted cricket’s curious position as being the only major sport not in the Games. For a long time it was this way because it didn’t want to be, with England historically staunchly opposed, arguing that it would cause disruption to their home summer once every four years. England are now declared supporters of joining the Games. "T20’s got a huge role to play in the future," said Harrison. "I’d like to see the ICC—and we’re huge believers in this—adopt a proper strategy to get into the Olympic Games."

That just leaves India as a potential obstacle. Virtually every other board—even Scotland and the West Indies, whose cricket players would be represented under different banners at the Olympics—are strong proponents of joining the Games, convinced of the potential to galvanize the sport in emerging nations. In Germany, for instance, cricket would receive £750,000 a year just by dint of being an Olympic sport, compared to about £150,000 a year from the ICC. And the International Olympic Committee, who are keen to grow the Olympics in South Asia are also known to be keen. 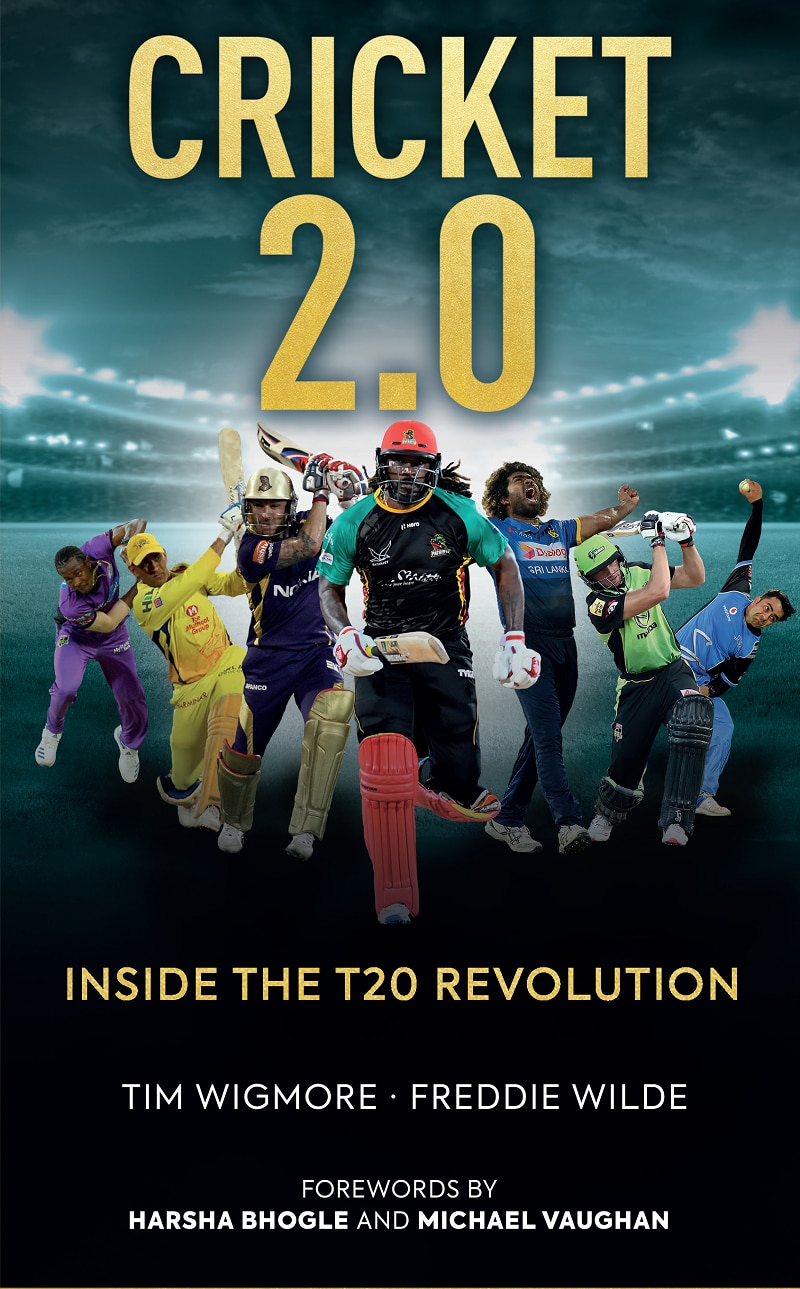 T20 is the most probable avenue for cricket to join the Games. The most likely format, in both men’s and women’s cricket, seems to be of two groups of four—with the identities of the nations decided by pre-qualifying—progressing to the semi-finals and finals. It could be a seminal moment for cricket.

Excerpted, with permission, from Cricket 2.0: Inside the T20 Revolution by Tim Wigmore and Freddie Wildie, published by Penguin Random House India.