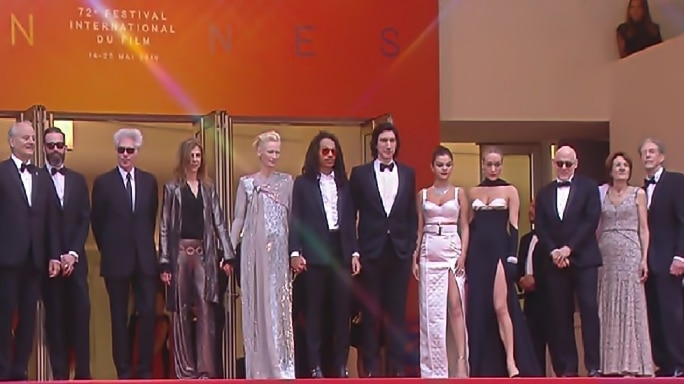 Every year, a part of the French Riviera transforms into a star-studded galaxy with the best of world cinema and its finest exponents. If the Oscars typify Americana, Cannes is the epitome of European elegance.

Cinematic, colourful and controversial, the 72nd Edition of the Cannes Film Festival opened (on 14 May) with its jury president, Alejandro Gonzalez Inarritu (director of award-winning films like Amores Perros, Babel and The Revenant, to name a few) accusing world leaders of ruling with rage, anger and lies, ahead of the premier of Jim Jarmusch’s The Dead Don't Die. A zombie comedy with Bill Murray playing the role of a policeman investigating zombie attacks on people in a sleepy small town in America, alongside a strange Scottish mortician with a love for drag make-up and sword fighting, the film promises to be a riot. With Jarmusch, Murray, Adam Driver and Tilda Swinton setting the tone, the next 11 days are guaranteed to be an extravaganza celebrating the year’s best cinema. The red carpet fashion at Cannes tends to hog the headlines, but we bring the focus back to where it belongs: the best films that we can’t wait to get premier tickets to.

Academy award winning director and one of Spain’s most prolific auteur, Pedro Almodovar’s Pain And Glory has started garnering critical acclaim for its deeply emotive storytelling. The film takes you through a series of re-encounters of a film director in his decline. In an interview with Variety, Almodovar concedes that the film may very well be a new phase of filmmaking for him. It also marks the return of leading actors, Antonio Banderas and Penelope Cruz working together again after 2013’s laugh-riot I’m So Excited.

Ira Sachs makes his Cannes debut with a truly global cast in his latest outing: Starring indie megastars Isabelle Huppert, Marisa Tomei, Greg Kinnear and Brendan Gleeson, the film is set in Portugal (unlike all his previous films like Love Is Strange and Little Men, both based in New York). It explores ideas of intimacy and relationships over three generations grappling with a life-changing experience during a holiday.

Actor, writer and director, Dexter Fletcher’s Rocketman is being billed as a fantasy-style version of Elton John’s early years starring Taron Egerton with Jamie Bell as his long-term collaborator, Bernie Taupin. Even though critics have started drawing similarities between Rocketman and Bohemian Rhapsody (Fletcher was brought in to finish the film after Bryan Singer was fired), the former is being hailed as an honest tribute to the legendary Elton John.

ONCE UPON A TIME IN HOLLYWOOD

Tarantino fans, rejoice! With big-ticket stars like Leonardo Di Caprio, Brad Pitt, Margot Robbie and Al Pacino, Quentin Tarantino is back with his 9th film. Once Upon A Time In Hollywood looks like a mega romp of glitz and glamour—so expect to be dazzled both at the premier and in theatres. The film is being touted as a black comedy-drama about a fading TV star and his stunt double in the late 1960s Hollywood, as Los Angeles is traumatised by the Manson family murders.

Austrian director Jessica Hausner’s futuristic film about a genetically modified plant that is cultivated to bring happiness to its owners has been quietly collecting buzz in festival circuit since last year. The Palme d’Or 2019 nominee believes Little Joe to be a film that doesn’t obey any set rules of film-making.