You Can Never Have Enough Of Tortilla Chips 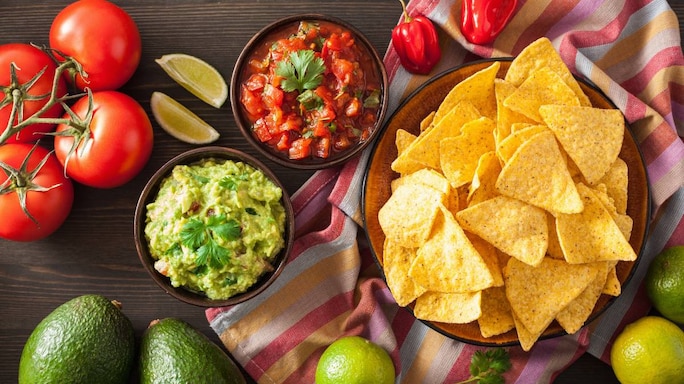 If you have to rank a few popular snacks in order of preference, tortilla chips—or nachos, as most of us call them—are likely to make it to top three. Bingeing on these crisps while watching a movie or a sports match with friends and family is par for the course for most of us.

Made from corn, the triangular tortilla chips are a hugely popular snack not just in India, but across the world. Tracing its origin, an article on CNN that refers to Gustavo Arellano’s book Taco USA: How Mexican Food Conquered America says, “While many have credited Rebecca Webb Carranza as the inventor and innovator of the tortilla chip, the Tamalina Milling Company claims its family’s tortilla company made the famous corn chips long before that, Arellano wrote in Taco USA.”

These chips have now found a place in global cuisine as a key ingredient of a very popular dish—nachos.

Nachos is the short form of the dish Nachos Especiales that Ignacio “Nacho” Anaya put together for his customers at the Victory Club restaurant in Piedras Negras, Mexico, in 1943. Anaya’s dish had tortilla chips, cheese and jalapeno peppers. In his memory, 21 October is celebrated as International Day of the Nacho.

Many ways to enjoy it

There is no one way to munch on tortilla chips. Besides having them just like that, you can enjoy these chips with a creamy dip or peri-peri sauce or even tomato ketchup. You can crush them and sprinkle them on your salad. And, of course, you can go the classic way and pair them with cheese.

Do You Like This Story?
22
3
Other Stories
Please enter valid text
Must Reads
Latest Issue