Why Turmeric Deserves To Be Called The Golden Spice 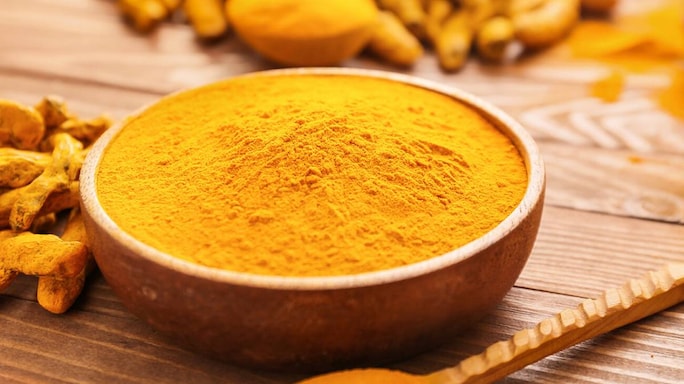 While turmeric latte or “golden milk” might be the latest global craze, turmeric, also known as the “golden spice”, has been an integral part of the Indian culture for centuries. Your mother or grandmother would have made you drink turmeric-infused milk (haldi doodh) at night to reduce aches and pains, strengthen bones and boost immunity. The turmeric plant is highly prized for its various medicinal qualities. Here are some good-to-know facts about this yellow wonder spice:

1. Turmeric (Curcuma longa) belongs to the ginger family and is traditionally grown in the Indian subcontinent. India is the world’s largest producer as well as exporter of turmeric. Nearly 30 varieties of turmeric are grown in India, with Telangana, Maharashtra and Tamil Nadu leading the production.

2. A key ingredient of the Indian spice box, turmeric is extensively used in traditional medicine for its anti-inflammatory properties. Considered auspicious, the spice also finds a place in wedding ceremonies.

3. Turmeric is packed with nutrients, such as vitamin C, calcium, fibre, iron, potassium and zinc.

4. Turmeric contains curcumin, a polyphenol that is believed to be the key component lending this spice its healing properties. In their paper ‘Curcumin: A Review of Its Effects on Human Health’, published in the journal Foods, authors Susan J. Hewlings and Douglas S. Kalman write, “It has been shown to benefit inflammatory conditions, metabolic syndrome, pain, and to help in the management of inflammatory and degenerative eye conditions. In addition, it has been shown to benefit the kidneys.”

5. A small study on the efficacy and safety of curcumin for knee osteoarthritis found that patients who were given curcumin tablets (500-mg, three times daily) showed a similar improvement in pain as compared to those who were given diclofenac 50-mg tablets two times daily, for four weeks. Those who were on curcumin did not need treatment for any stomach trouble and also experienced weight loss.

6. Since turmeric has anti-inflammatory properties, it is often recommended to those who workout regularly. It can help reduce exercise-induced inflammation and muscle soreness.

7. Also known as the “Indian saffron”, turmeric is not only an important part of Indian cuisine but is used widely across the globe—in Japanese tea to Thai cosmetics.

8. Due to its antioxidant and anti-inflammatory properties, turmeric is also widely used in skincare products. Your mother may have often told you to apply a turmeric paste to get rid of acne spots and for a glowing skin.

Do You Like This Story?
41
0
Other Stories
Please enter valid text
Must Reads
Latest Issue