What to Consider When Choosing a Tennis Racket

Whether it is for fitness or fun or both, tennis won’t disappoint you. All you need is a sturdy racket 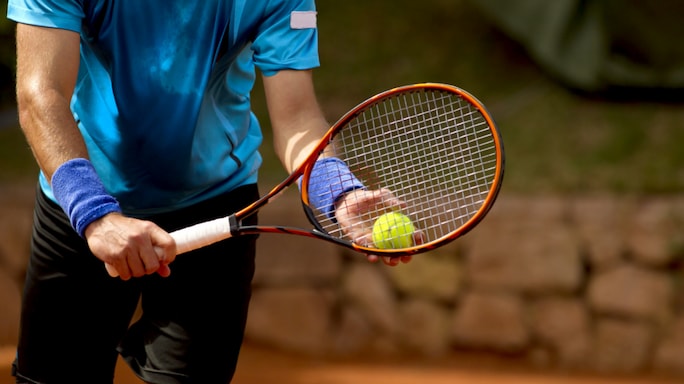 A large health survey, spread over 15 years from 1994 to 2008, conducted in England and Scotland came to the conclusion that regularly taking part in sports such as tennis and badminton reduces the risk of death by almost 47 per cent. The researchers also found that the risk of death from cardiovascular disease reduced by as much as 56 per cent among racket-sport regulars compared to 36 per cent among aerobics practitioners.

So, what’s stopping you picking up a tennis racket and get cracking? Moreover, tennis is one of the most popular and enjoyable sports in the world. If you do decide to take up tennis to stay fit, here are some things you need to know before you buy a racket for yourself.

For the beginner level

Never go by the looks to make your first racket purchase. You should know what you want beforehand. If you are a beginner, go for a racket that has a large head size because you will find it easier to hit the ball despite not the best of timing and stroke-play. The racket should be lightweight too so that you can swing it—a heavy racket in your early days of learning can pull you down. Check the grip size because you don’t want to end up with an injury while starting out.

Avoid an expensive racket if it is your first purchase because you will know your playing style better once you practice regularly. As you play more, you can move to other rackets that suit your style.

For the intermediate level

As you become confident about your game and your body’s muscles get used to the momentum, you are ready for the next stage. From a racket with a large head size, you can move to one with a mid-plus head size with medium-weight frame. These rackets typically generate less power compared to the beginner’s rackets, but by now you are using more of your strength to power the balls than the racket's.

For the advanced level

Advanced players typically use mid-size rackets. These have a relatively small head size and weigh more, generate less power and offer greater control. Professional players like to use their own strength to hit the ball and be in control of the game.

Always choose a racket that matches your proficiency levels so that you can enjoy playing the sport.