What Makes The Humble Coconut Oil A Hit With Celebrities

There is no denying the growing popularity of coconut oil, not just in India but across the world 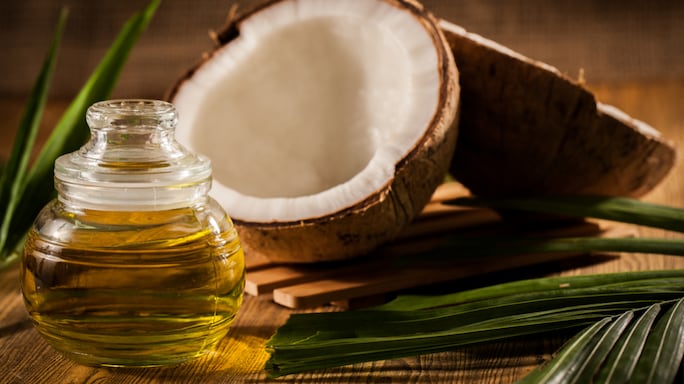 It is quite possible that when you point out to a Malayali mom that coconut oil is used by celebrities such as Angelina Jolie, Miranda Kerr, Emma Stone, among many others, for its health benefits, she may shrug her shoulders and just say, “'What’s the big deal? We have known this for centuries.”

Coconut oil is known widely for its nourishing and moisturizing properties and is, therefore, extensively used in skincare and haircare remedies. But beyond its beauty benefits, it is a star in the kitchen too.

Some scientists have raised doubts over the healthy claims related to coconut oil because of its high saturated fat content (86 per cent). Even butter has a significantly less percentage (51 per cent) of saturated fat, scientists argue. Saturated fats have the reputation of triggering a rise in low-density lipoprotein (LPL) or bad cholesterol levels in your blood.

The Coconut Development Board, however, says that “since coconut oil is naturally saturated (>90%), it does not need hydrogenation, thereby considerably reducing the chances of high blood cholesterol and high low-density lipoproteins (LDL)”.

Coconut oil is known for its distinct flavour and aroma. Eatables fried in coconut oil have a longer shelf life—a reason why it is used for frying coconut and tapioca chips. A rich source of vitamins C and E, coconut oil can improve your hair and skin health. The oil is also used as a home remedy against dandruff and hair loss. Some even claim that it can aid weight loss by improving your metabolism.

Because of its multiple health benefits, it has often been labelled as a ‘superfood’. If you haven’t tried this oil yet, maybe it’s time you give it a chance.