The Power of No

Why it’s okay to turn down favours 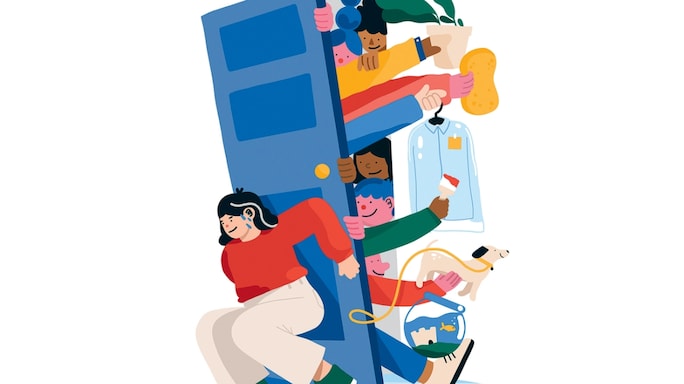 Karen Chapelle, a 50-year-old metalwork artist in Toronto, has always had trouble saying no when people ask her for favours. Usually, she’ll respond with a knee-jerk yes—and just as often find herself regretting it.

“It’s a natural thing for me to want to help people,” says Chapelle. “It’s a good feeling to be useful and needed.” The problem, she adds, is that she has unintentionally trained everyone in her life to expect a yes to their requests, no matter what they are. Chapelle knows her ‘okaying’ to favours, whether requested by co-­workers, friends or her family, often at the expense of her own finances, time or mental health, isn’t good for her. But it’s been a hard habit to break.

Many of us get sucked into saying yes—even when we’d really rather not—to avoid conflict, because we feel sorry for others, or because we even feel ashamed when we put ourselves first. If you have difficulty figuring out when, or how, to say no, here are some tips for breaking the cycle of what one psychologist calls “the disease to please.”

Learning how to take better care of yourself often goes hand in hand with learning that you’re allowed to put your own needs and wants first, and that doing so doesn’t make you a jerk. In fact, consistently putting yourself last is likely to leave you drained and annoyed—a sure path to jerky behaviour.

Dr Susan Newman is an American social psychologist and the author of The Book of No: 365 Ways to Say It and Mean It—and Stop People-Pleasing Forever. Newman’s book argues that always being there for others (to your own detriment) doesn’t necessarily make you a nicer person; it just makes you miserable.

To turn down favours without guilt—or with less guilt, anyway—Newman says to remember that saying yes in the moment means you’ll have to say no to somebody or something else later on. View it, she says, as a time management issue as opposed to a good-person-o’meter.

“A lot of us tend to think we can always fit one more thing in,” she says. “But the more you say yes to someone, the more you’re going to be targeted.” Always being the go-to person can be flattering at first, she adds, until you realize you have no time left for yourself.

Newman says it can be useful to make a list of the people whom you want to help, and decide in advance what your general boundaries are when it comes to demands on your time. Do you exercise every day at three? Do you need to be in bed by nine? Do you have a standing lunch date every Saturday? Keep these things in mind when you’re considering adding to your load the parent council fundraiser.

If you don’t want to completely turn someone down, Newman suggests putting specific limits on the scope of the ask instead—and sticking to it. “Keeping in mind your own needs isn’t selfish,” she says, “it’s self-preservation.”

Listen to your gut

How can you tell if the favour that’s being asked of you is one you’re going to resent doing later? Oh, you’ll know. As the bestselling author Sarah Knight put it in her 2019 self-help book F*ck No!: How to Stop Saying Yes When You Can’t, You Shouldn’t, or You Just Don’t Want To, any time she felt saying yes was a bad idea, a little warning voice piped up in her head. She had to learn to stop stifling it. In time, the more she truthfully said no to things she didn’t want to do, the more she was able to get in tune with herself and give other things an enthusiastic yes.

“If it’s something you really want to do, you don’t tense up when you’re asked,” explains Newman, “and you’re happy to do it because it’s for someone you trust will likely reciprocate at some point down the road.” While favours aren’t a scoresheet that need to be perfectly balanced, she adds, nobody wants to feel like they’re at the mercy of a ‘user’ or a ‘taker’—that person who is always asking for something and rarely plans on giving anything back.

Newman says it’s always prudent to be wary of classic taker tactics, such as flattery (“Oh, but you have to make the baby shower cake because you’re the best at it!”); playing on your sympathies (“I’ve just been so busy with my sick iguana, I haven’t been able to work enough hours to pay rent”); or pressuring you for an immediate answer so you don’t have time to consider your options.

OK, so you’ve made your chosen people lists, you’ve figured out your personal boundaries, and you’ve decided that no, your neighbour cannot borrow your lawn mower again. But how do you actually say no without damaging your relationships or stressing yourself out?

“Avoid lengthy explanations,” counsels Newman. “As soon as you say, ‘Oh, I can’t because I have to walk my mother-in-law’s dog,’ you’re leaving wiggle room for them to debate with you.” It’s sufficient to simply say, “No, I can’t do it.” If that kind of bluntness makes you uncomfortable, Newman suggests keeping at the ready phrases like “Maybe next time” and “Thanks for asking, but I’m overloaded right now.”

Most importantly, she says, don’t waste time worrying that the person you’ve refused is sitting around thinking about what a pill you are. They’re probably not thinking about you at all and have already moved on to their next target.

Chapelle jokes that she’s spent “many, many” hours in therapy learning how to say no to favours, but it still doesn’t come easily to her. She’s working on being able to say no sometimes and not feel terrible for doing so. Often she still does feel guilty, but she’s learning to live with it. Her new attitude has come with some valuable lessons: “When you never say no, people take advantage of you, and if you start doing favours for the wrong person, you can get into a lot of trouble.”

Do You Like This Story?
27
0
Other Stories
Please enter valid text
corona updates
Must Reads
Latest Issue