In the past 25 years, numerous scientific studies and reviews have shown us what exactly friends are for: they slash our risk of mortality in half, double our chances of recovering from depression, make us 4.2 times less likely to succumb to the common cold. 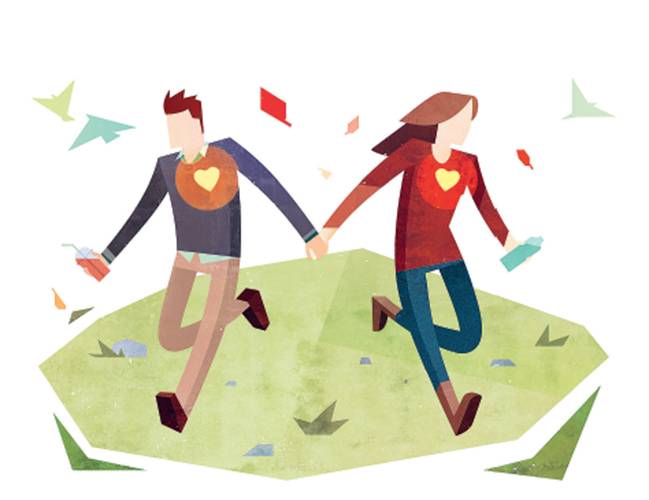 In the past 25 years, numerous scientific studies and reviews have shown us what exactly friends are for: they slash our risk of mortality in half, double our chances of recovering from depression, make us 4.2 times less likely to succumb to the common cold. According to England's University of Oxford psychologist Robin Dunbar, they're even responsible for our massive brains-we need that neural power to keep track of our various complex relationships. (Dunbar found that the biggest predictor of a primate's brain size is the magnitude of its social group.)

But what's happening inside our hefty noggins? If there is tremendous evolutionary value in social attachment, could we be wired to develop those bonds? Recent neurological research suggests that's the case.

Naomi Eisenberger, a professor of social psychology at University of California, Los Angeles, wanted to know if there was any literal truth to the language we use to describe social connection-that, for example,  it makes us feel warm-hearted. For a 2013 study published in Psychological Science, she had half the participants hold a heat pack and half hold an unheated ball. Unsurprisingly, members of the former group registered more activity in regions that detect and reward physical warmth.

Then Eisenberger gathered messages from the participants' families and friends. Half of these were loving; the rest contained factual statements about the party in question. When the subjects, who were being monitored by way of a brain scan, read the tender messages for the first time, "the same neural regions were active as with the heat packs," Eisenberger says. "We know how important it is to have relation-ships, and we are borrowing from those brain regions that are associated with warmth to signal to us when we feel connected."

It turns out birds of a feather don't just flock together-they actually resemble each other genetically. That's the remarkable finding of a 2014 study by Nicholas A. Christakis, a physician and sociologist at Yale University in Connecticut, USA, and James Fowler, a professor of medical genetics and political science at the University of California at San Diego, USA. The researchers examined 4,66,608 genetic markers from subjects who were identified as being in one or more of 1,367 friendship pairs, and they discovered that "friends may be a kind of 'functional kin'". More specifically, close buddies resemble fourth cousins, with the same resemblance in genetic make-up as those who share great-great-great-grandparents.

After they dug into the data, Christakis and Fowler saw that pals were more likely to have similar senses of smell. That won't come as a surprise to anyone who's struck up a friendship at a coffee shop or musty old bookstore. As the authors write, "It is possible that individuals who smell things in the same way are drawn to similar environments." What we don't share is even more intriguing: friends have significantly different immune systems. When it comes to the spread of infection, that makes some clear anthropological sense. It's nice to have company. It's even nicer if that company doesn't leave you with a deadly disease.

So if we know why we seek social connection and with whom, then what keeps us together? In a July 2015 study for Human Brain Mapping, researchers at the Rotman Research Institute in Toronto took that question to a group whose members were in a unique position to answer it: happy couples married for an average of 40 years.

Psychologist Raluca Petrican scanned the brains of 14 wives while they viewed silent videos of their spouses recalling positive experiences (wedding, birth of a child) and negative ones (illness, death of a parent). The catch? The videos were mislabelled, so the emotions the wives saw conflicted with the descriptions they'd been given.

When the women watched their cheerful husbands describe a supposedly sombre event, they registered increased, spontaneous activity in regions containing mirror neur-ons, which are critical for establishing empathy. "It helps to be particularly attuned to the silver lining that your partner sees in a really dark time," Petrican says. But when their spouses showed negative emotions towards a presumably joyful time, the women inhibited their responsiveness to those emotions-they made their mirror neurons go quiet. "Otherwise, the wives would start to doubt an otherwise positive event that is foundational to their sense of intimacy," Petrican explains. The greater her reported marital satisfaction, the stronger a woman's ability to inhibit her response.

The surprising takeaway: when it comes to preserving our friendships and our relationships, sometimes ignorance really is bliss.

Do You Like This Story?
10
16
Other Stories
Please enter valid text
corona updates
Must Reads
Latest Issue