Lemongrass: All That You Need To Know About This Wonder Herb Is Here

It’s time you stop associating lemongrass only with Thai cuisine 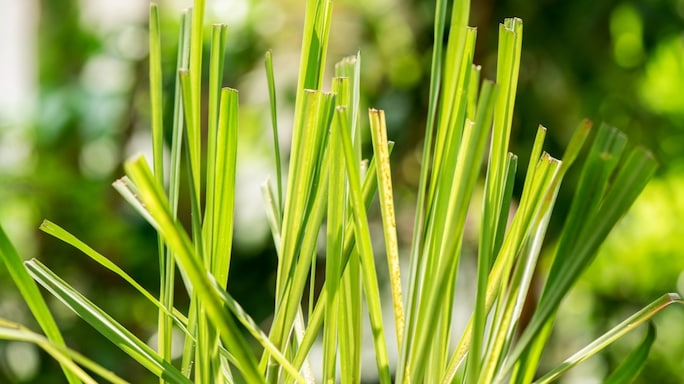 Are you someone who thinks lemongrass can only be used in Asian recipes? Known for its sweet and citrusy flavour, lemongrass is also used in aromatherapy, to brew a pot of ‘herbal’ tea, and in skincare products. Here is a primer on lemongrass in five points:

1. A key ingredient in Asian cuisine, especially Thai fare, lemongrass looks similar to a spring onion but with a woodier stalk. Also known as citronella, lemongrass can be used in stews, curries, stir-fries and even cocktails.

2. “You can use lemongrass whole, sliced or pounded to a paste. To use whole, slice off the very bottom of the stalk, and peel off any dried-out layers, then bash the woody top end with a rolling pin to soften, and help release some of the aromatic oils,” recommends BBC Good Food. Lemongrass is available in various forms—you can order fresh, dried or powdered lemongrass from an online store.

3. Lemongrass is rich in vitamins A and C, nutrients that can improve your skin and hair. “Beyond that, it also has astringent properties which help minimize your pores as well as keep your oil levels balanced—cutting back on those pesky pimples,” says an article on Marie Claire.

4. It is known to aid digestion and has antioxidant properties too. After a heavy meal, you can make yourself a quick cup of lemongrass tea, either by dipping a teabag or by chopping the stalk and putting it in boiling water. You can also use readymade dried lemongrass leaves.

5. As a culinary ingredient, lemongrass can be used in a variety of ways. Besides Thai green curry, you can add it to your masala chai to give it a citrus-y twist. Late Indian food writer Tarla Dalal created as many as 91 recipes using lemongrass. If you haven’t tried lemongrass before, it’s time you give it a shot. You can even grow it at home, just like you grow any potted plant.

Do You Like This Story?
17
2
Other Stories
Please enter valid text
Must Reads
Latest Issue