How To Rid Your Life Of Plastic

The earth is being choked by plastic. But it is never too late to act. Starting now, every single step you and I take to combat it, however small, will be priceless It’s been a decade since I went to the Puri beach in Odisha. On my last visit, I was shocked to see how this vacation hotspot had transformed. Plastic refuse winded all the way down to the shoreline; the road looped around numerous heaps of garbage—mostly plastic debris. The staff in two nearby eateries expressed helplessness at the sordid state of affairs: Despite the presence of large signs to discourage littering, visitors evidently preferred to dispose used plastic cups and bottles on the road than in trash bins dotting the area.

I recalled my unfortunate Puri experience while reading about state-sponsored clean-up campaigns, such as the Swachh Bharat Abhiyan, and wondered how bad the situation could likely be in other parts of the world. I decided to dig deeper, and what I found wasn’t encouraging at all.

Humans have produced an estimated 8.3 billion tons of newly manufactured plastic, according to a 2017 article in Science Advances. Currently, around one million plastic bottles are purchased across the globe every minute and 20,000 plastic bottles are produced every second, The Guardian reported last year. Recycling efforts are simply unable to keep up with this frenetic rate of production and consumption, resulting in a staggering 91 per cent of plastic remaining unrecycled.

Where does all this waste go? Are they incinerated? Are they simply dumped out of sight? The Guardian article also reported that 79 per cent of globally generated plastic ends up in landfills. What’s really alarming is that plastic can take between 450 and 1,000 years to decompose, poisoning the environment and living creatures in the process.

Our oceans and marine life are bearing the brunt of it as well. Between 5 and 14 million tons of plastic waste are found in and around coastal regions, and most of it comes through rivers in Asia. A study by the Ellen MacArthur Foundation further predicts that by 2050, the oceans will have more plastic than fish (by weight). 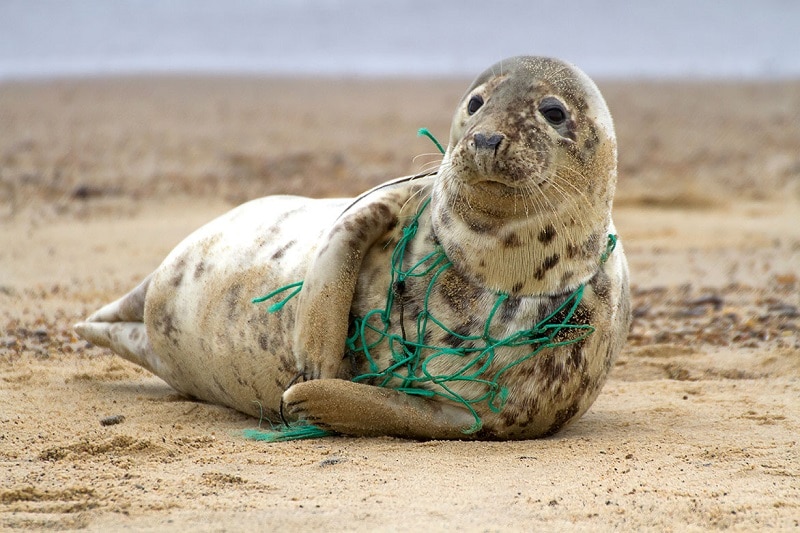 The signs are ominous. The Great Pacific Garbage Patch is a massive area in the Pacific Ocean, between Hawaii and California, where at least 80,000 tons of plastic waste (both large debris and microparticles) has accumulated across 1.6 million square kilometres—that’s three times the size of France. A similar patch is currently growing in the Atlantic Ocean as well.

In November 2018, national park officials found a sperm whale that had washed ashore in south-eastern Indonesia, having consumed a staggering 5.9 kilos of plastic, which included 115 drinking cups, 25 plastic bags, four plastic bottles, two flipflops and a bag containing more than 1,000 pieces of string. This is but one of the many cases of whales dying due to plastic ingestion, not to mention its impact on coral, seabirds, sharks and marine reptiles.

A 2017 report found that our country generates around 26,000 tons of plastic waste every day.  The average Indian consumes about 11 kg of plastic yearly, which, in a country of an estimated 1.3 billion people, has led to terrifying levels of waste.

Not surprisingly, 43 per cent of this comes from product packaging or are the single-use kind, according to the Federation of Indian Chambers of Commerce & Industry. Swati Singh Sambyal, programme manager, Environmental Governance (Waste Management) at Delhi’s Centre for Science and Environment, points out that such plastics pose a major threat, as they are difficult to collect and recycle.

“Some of these plastics are multilayered and cannot be recycled or melted down at all,” adds Ravi Agarwal, director of the non-profit Toxics Link. “Industries, consumers and governments are all complicit in exacerbating the plastic menace. Indian industries do not take responsibility for treating plastic waste. They rarely factor in the ability to recycle in their product design, and collection systems are not set up to process many kinds of plastics. Indian recycling systems are informal, rudimentary, unsanitary and produce only low-quality granules. In particular, government use of plastics, such as for election banners, need to stop,” Agarwal says.

Given the sheer scale of the problem, can individual actions even make a difference? Perhaps. Awareness and simple lifestyle changes, by each one of us, is a key first step. Here are some everyday items you can cut down on to lower your plastic use:

Ditch that plastic toothbrush for a bamboo or neem brush from the days of yore. Instead of toothpaste, it may be a good idea to use powders that come in metal containers. Neem chewing sticks are yet another option.

Most personal-hygiene products come in plastic packs. However, brands such as SaND for Soapaholics sell soaps without plastic wrapping. Soap nuts (reetha) are widely available, inexpensive and ideal for use on skin as well as fabrics. This natural cleaning agent has recently made a comeback as an effective, green alternative to harsh chemical cleaning products. Replace plastic combs and brushes with wooden ones. Not only are they eco-friendly, they are durable, gentle on hair and won’t change how you look. Most personal-care products are either made of, or packed in, multilayered plastic. Ditch these for natural, eco-friendly alternatives. (Image source: IndiaPicture)

Refuse plastic straws and cutlery while dining out—ask for paper, glass or metal options instead. While ordering in, tell the restaurant to not send plastic forks and spoons. Hooked to your morning cup of coffee? Carry your own mug or sipper instead of using a plastic cup and stirrer from your office or local café.

“Government efforts to manage the plastic problem by stipulating thickness of polybags have mostly been futile, since this is impossible to regulate,” Sambyal says. As citizens we must take responsibility: Opt only for cloth, jute or other biodegradable bags that are easily available, long-lasting and promote local businesses.

Food and water should ideally be stored in metal or glass containers. Plastic bottles not only compromise the environment but also endanger your health. A recent study by Orb Media and researchers at the State University of New York, USA, found that minute quantities of microplastic enter our bodies from bottled water. Most plastic toys are manufactured using chemicals that are linked to health issues including cancer and neurological ailments. In India, toys are often handed down or shared between siblings, thus ensuring they stay in circulation for a longer time. Instead, consider toys made from wood, cotton, paper, metal or natural rubber.

Teething rings and feeding bottles are also made with plastic and pose a significant risk. Agarwal states that these products, made of polyvinyl chloride (PVC), include cancer-causing agents such as brominated flame retardants and phthalates that leach out during use and contaminate food. These chemicals can also cause intergenerational harm. Single-use, disposable diapers are up to 25 per cent plastic, according to The Guardian, and pose significant health risks while adding greatly to landfill waste. Many families are slowly reverting to reusable cloth and biodegradable nappies as a viable and economical alternative.

The earth is being choked by plastic. But it is never too late to act. Starting now, every single step you and I take to combat it, however small, will be priceless.