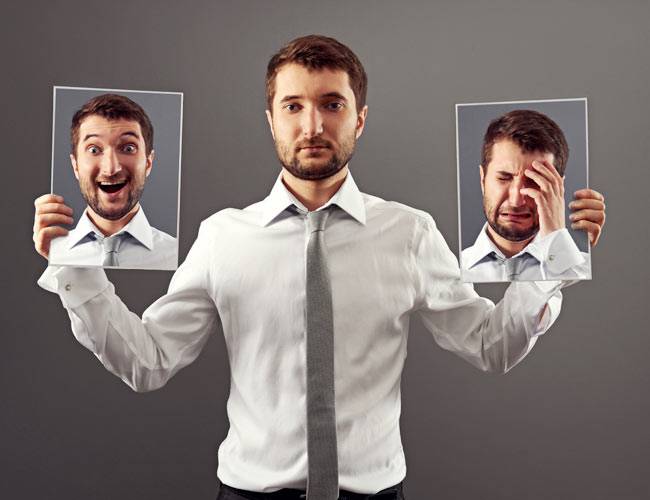 ROHIT'S* MOTHER NOTICED that he had been shopping too much online and then gifting away the expensive items. He was hardly sleeping at night and had become very irritable. His girlfriend confirmed that he had been drinking more than usual, spending extravagantly, always insisting on paying the bills when they were out with friends. She consulted her family doctor who suspected bipolar disorder and recommended a psychiatric consultation. It took considerable convincing to get Rohit to agree to consult a psychiatrist. Fortunately his hypomanic symptoms (elation and hyperactivity) responded to medication quickly and he returned to normal within a few weeks.

Bipolar disorder is a common psychiatric disorder affecting at least one per cent of the world. We do not know for sure why it occurs, but biological reasons (chemical changes in the brain, genetics) seem more likely to be responsible than psychological ones, though in some cases both may cause it. Often stressful circumstances, such as a marriage breaking up, lack of sleep, or even a jet lag may trigger a mood episode.

It is characterized by episodes of euphoria (a high, or mania) and depression (a low). It may first manifest as either. During the euphoric phase, the patient experiences a feeling of well-being and overconfidence, even of grandiosity, believing he is very rich or powerful. He may start spending excessively or giving away money. Other symptoms include insomnia, hyper-sexuality, violence, gambling, dangerous driving, abuse of recreational drugs and alcohol.

In this phase, the person usually does not think he is ill, refuses treatment and often requires involuntary treatment.

The depressive phase is characterized by a complete lack of energy and unwillingness or inability to do anything. The person often feels like a failure, has negative thoughts and broods over the pointlessness of life. A high percentage may attempt suicide. The depressive phase may immediately follow the euphoric phase or set in after some months. In this phase, the person may often seek help voluntarily or readily agree to consult a mental health professional.

The introduction of lithium in the 1940s and '50s revolutionized the treatment of this disorder. For the first time, there was an effective medicine that rapidly controlled the highs and lows and reduced the risk of suicide. Lithium is inexpensive and is probably still the most effective medicine for bipolar disorder. However, it has toxic effects on the kidney and thyroid. These need to be closely monitored with regular blood tests. In the past few decades, a number of other mood stabilizers have been discovered such as valproate, lamotrigine and carbamazepine that have added to the treatment options. They do not need such close monitoring as they have fewer toxic side effects. Bipolar disorder is a recurrent illness and the long-term use of these medicines helps to prevent relapses. This enables people with this disorder to lead a fairly normal life.

However, while these medicines help control the extremes of mood swings and abnormal behaviour, the patient often experiences minor mood swings and is sensitive to stress. It is important that both he and his family members learn how to recognize the early signs of relapse such as insomnia and irritability. Psycho-therapy helps improve compliance with meds and make positive lifestyle changes such as regular sleep, aerobic exercise and reducing stress. Mindfulness meditation has been found to be useful, as described in Dr William Marchand's book on the subject.

Going beyond this, a recent Spanish study, Functional Remediation in Bipolar Disorder, found that a psycho-educational programme had a much better outcome than just medicines. This programme included brain training exercises to develop attention, memory and multitasking skills, along with positive lifestyle skills training.

Do You Like This Story?
24
1
Other Stories
Please enter valid text
corona updates
Must Reads
Latest Issue