Go With the Flow: How little acts of spontaneity can make your day

A ‘Sure, why not?’ vibe can become one of the surprising upsides in these difficult times. 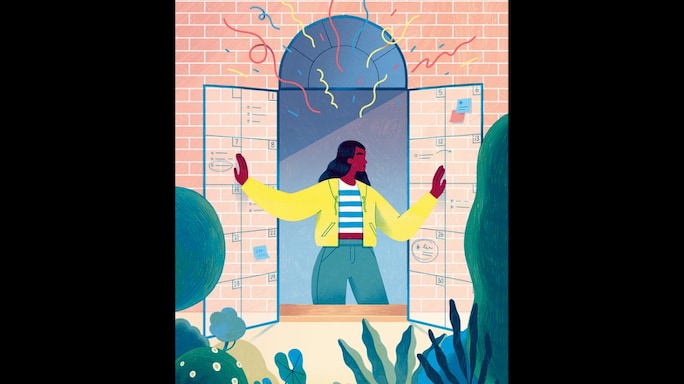 The pandemic has made me a more spontaneous person. Weird, I know. Before COVID-19, I was very Type A about my social life: dinner at 6 p.m.—6:30 if I was feeling sassy—usually at a restaurant of my choosing that I’d researched and booked with three other moms, four weeks in advance. The upheaval of this last year completely changed my Virgo approach to recreation.

Now, with so many activities off the table, whenever there’s a chance to do anything, I jump. Socially distanced falafel in the park? Sounds glamorous! Walk with an acquaintance who lives around the corner? My new BFF! Lawn cocktails with the neighbour? Why didn’t I think of this before?

My new ‘Sure, why not?’ vibe has been one of the surprising upsides of this time. I’ve made some new friends, seen parts of my hometown I didn’t even know existed and become extremely good at dropping everything at a moment’s notice. I’ve also learnt that embracing novelty and openness to new experiences can make us happier—even if it’s confined to small changes in our daily routines. Here are some easy ways you can give spontaneity a fighting chance to thrive.

Someone who’s naturally more introverted or anxious doesn’t need to revamp their entire approach to life to reap the benefits of spontaneity, says Steve Joordens, a psychology professor at the University of Toronto, Scarborough. The key, he says, is to identify which areas are the ones you feel could benefit from a little more of an off-the-cuff approach and focus on changing your habits there.

“The first step is asking yourself what’s lacking in your life,” he says. “What’s your goal?” Once you identify your aim—more friends? A new hobby? Getting out of a fashion rut?—you then need to identify which habits are keeping you from getting what you want. Maybe your weekend routine is too packed or too rigid, or you keep making flimsy excuses to not try that new online baking class.

Then you can consciously substitute those spontaneity-killing habits for ones that will help you achieve your goal. If this doesn’t exactly sound spontaneous, that’s because it isn’t—at least not at first. “It’s just like going to the gym,” says Joordens. “You may have to force yourself in the beginning, but then hopefully it becomes your new habit.”

Having gaps in my day, thanks to the widespread closures of restaurants, bars and movie theatres, definitely helped foster the creation of Brave-New-Why-Not?-Leah. I could accept last-minute invites for bike rides or phone chats, and I quickly learnt the small joys of unexpected fun.

According to Edward Slingerland, a professor of philosophy at the University of British Columbia, the first thing you need to do to nurture spontaneous experiences is to create some space for them. The author of Trying Not to Try: Ancient China, Modern Science and the Power of Spontaneity, he became interested in spontaneity while studying Chinese philosophers who wanted to cultivate a state of Wu Wei, or effortless action, and saw spontaneity as an important goal.

“We overstructure our lives and plan too much,” he says. “Most people don’t have any gaps in their day to play.” And while Slingerland admits that leaving those gaps is definitely trickier if you’re juggling things like work, taking care of family members or a busy volunteering schedule, even just having the mental goal of not overscheduling yourself can help change your approach. Many rabid list checkers (guilty!) might also be initially baffled as to how to put this into practice.

“Spontaneity is this weird combination of trying and not trying,” says Slingerland. He suggests giving yourself a very loose goal—like, say, going for a walk without a particular destination or just put ‘leaving the house’ on your agenda—to help build the scaffolding for interesting things to happen. You just have to get comfortable with the idea that you might not always be ‘accomplishing’ something, per se.

Another quick way to give spontaneity a fighting chance? Stop scrolling. Screen time, says Slingerland, is a ‘black hole’ for adults and children alike. “Digital addiction is a real barrier to spontaneity,” he adds. The modern instinct to reach for our devices at the first hint of empty time (guilty again!) eats up both actual time when we could be engaging with our environment in a more present way and the sudden mental breakthroughs that can occur when we let our minds wander. You’re not going to strike up that interesting conversation with the person next to you in line if both of your faces are buried in your phones. And you’re not going to notice that you’ve just passed a cute new bakery if you’re too busy checking email as you scurry by. So put your phone down and embrace the unexpected world around you.

Learning to not fear failure is a daunting but essential step in the path to becoming more spontaneous. “The hardest thing for a non-spontaneous person is going to be that risk,” says Joordens. Even though we’re not necessarily talking about capital-B ‘Big Risks’ here, even making small changes to your routine can be enough. Your partner might not like that new bedroom idea; you will perhaps look silly if you take up tap dancing (okay, you will look silly); it could be a flop if you stream that movie you know nothing about. The trick, says Joordens, is to take a cue from the entrepreneurial world and try to reconceptualize failure as a learning opportunity.

“Entrepreneurs embrace failure and the notion of learning from it,” says Joordens. “The upside is if you’re spontaneous, you’re more likely to discover something new, and that could turn out to be something you really love.”