Get Angry the Right Way

Understanding your rage can help you express it more healthfully The Driver who cuts you off in traffic. The neighbours who don’t pick up after their dog. The insurance company that keeps you on hold for an eternity. Situations such as these get our hearts racing and send our stress levels skyrocketing. Anger isn’t a pleasant feeling. Some of us bottle up the emotion, while others explode in a wild rage. Both habits have repercussions for our bodies, our minds and our relationships.

Anger may feel uncomfortable, but it’s also normal and healthy. “A lot of people think they have to get rid of their anger,” says Patrick Keelan, a registered psychologist in Calgary, Canada. “But anger is an emotion built into us to signal that something needs to be addressed.” When we take notice of that signal and actually rectify the problem instead of ignoring it, we’re usually much better for it.

Unfortunately, many of us have been conditioned to keep our emotions hidden. Increasingly, research is suggesting that this can have long-term effects on our health. Investigators at the University of Rochester noticed that people who suppress their emotions tend to have shorter life spans. They’re more likely to die earlier from cancer, for example. When we’re angry, stress hormones such as adrenaline and cortisol are released, which can make us prone to developing a wide range of diseases, including diabetes, depression and autoimmune conditions.

Is it better, then, to scream and holler whenever something makes you seethe? That’s the rationale behind the ‘rage rooms’ that have popped up in many cities, where folks are invited to vent their anger by violently smashing stuff in a ‘safe’ environment.

“The theory is that you get the anger out of your system through aggressive actions, and it’s cathartic,” says Keelan. “But the research indicates that when we display our anger aggressively, it can actually increase the intensity of the anger—and increase the likelihood of aggressive actions in the future.” It doesn’t take much imagination to predict how a furious rampage can affect your relationships with your spouse, your kids or your co-workers.

It also hurts your health. A large 2016 study at McMaster University found that people are more than twice as likely to have a heart attack after an angry outburst. The increased blood pressure and heart rate put stress on the cardiovascular system, and if there’s already some plaque buildup, the blood flow to the heart may be restricted.

If we shouldn’t bottle up our angry feelings but aggressive behavior isn’t healthy either, how should we handle things that tick us off? It’s the extreme highs and lows that take a toll. If you’re able to apply techniques that smooth out some of those peaks and valleys, you can have a gentler ride. 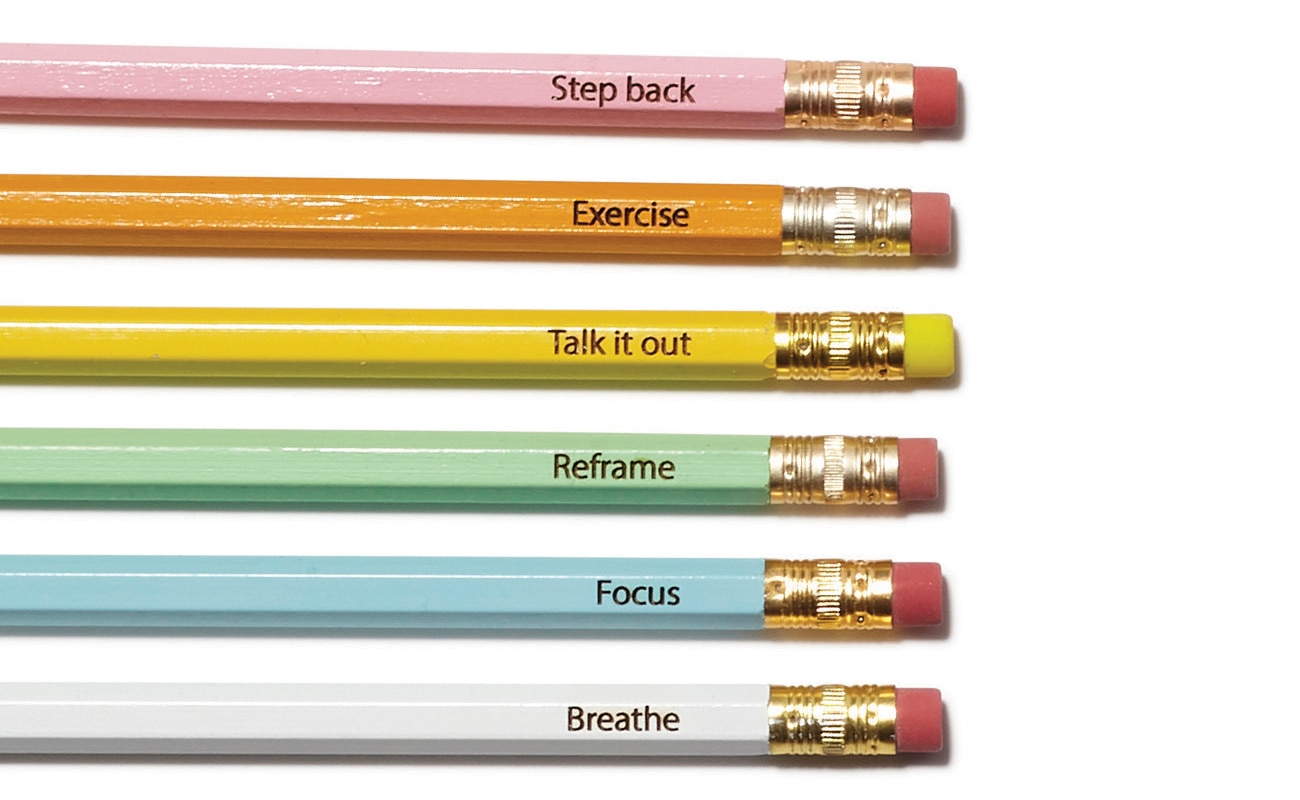 Start by looking beyond the super­ficial trigger to your fury. Anger is often precipitated by underlying feelings of fear, anxiety, disappointment and guilt. Maybe you’re furious that your spouse is late, but it’s really because you were afraid he or she had a car accident in the bad weather.

Also, pay closer attention to your triggers—those daily irritations that you know will set you off. Do you get angry at the long lines at the grocery store? Take a step back and consider that it isn’t personal. Everyone in the line has dinner to make, just like you.

One proven method of dealing with anger is to talk about it. Brain imaging at the University of California, Los Angeles and elsewhere has shown that if you name your feelings, you can actually calm the activity in the amygdala, the part of the brain that triggers the release of adrenaline and cortisol. “There is a value to expressing that you don’t like what’s happening, because it’s an opportunity for change,” says Diane McIntosh, a psychiatrist in Vancouver, British Columbia.

It helps to take a cool-down period before explaining to someone you’re angry with how he or she rocked your boat. That will allow for the effects of the adrenaline to wear off, which in turn allows you to reflect on what’s bothering you. Do some controlled breathing or find some physical activity to take the edge off. “There’s clear evidence that exercise helps with feelings of anger,” says McIntosh.

When you’re ready to approach the other person, focus on the behaviour and why it upsets you, not the person’s character traits. Avoid calling the other person names. Don’t swear, and don’t make generalizations, such as “You always do this!” The idea, says Keelan, “is to bring up your reasonable points to the other person in a manner that is most likely to get a constructive and non-defensive response.”

If you’re on the receiving end, remember that there are benefits to acknowledging and trying to understand the other person’s anger. Try offering to make a change, if that seems fair to you. If you’re willing to be a partner in working through heated situations, the other person will be much more likely to bring matters up constructively in the future. In the end, you’ll both be healthier for it.