Dealing With A Job Loss 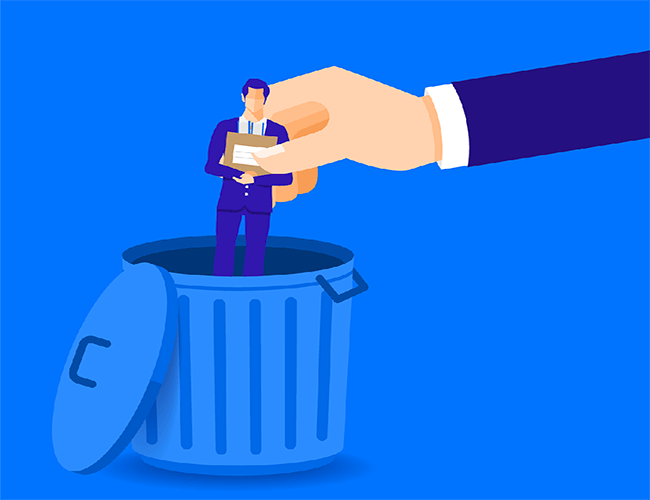 As 35-year-old Rajesh* walked out of the HR head's office, pink slip in hand, his mind was a blur. Suddenly, after working with the company for more than four years, a regular day at work had turned into his last. As he cleared his desk of his belongings and small objects he had used to personalize his workspace, the HR personnel's words came back to him in snatches ... "IT slump …headcount reduction … have to let go … three months' salary in lieu of your notice period … encash leave … avail free services of placement agency … effective today …"  Before the day ended, Rajesh was out. He dragged himself to the nearby café somehow and called his wife, Nina*.

People like Rajesh are being "let go" for a variety of reasons: poor performance, personality issues, headcount reduction, outsourcing and automation, among them. Most people, even though they are aware of the harsh realities, go through a mix of emotions: shock, denial, self-blame, anger, often leading to insomnia and even depression.

If not handled well, the period following a lay-off can lead to withdrawal, whiling away time, binge-watching shows, and in some extreme cases--if resentment sets in--to bad-mouthing, which can jeopardize future opportunities.

How to approach it

The most important thing is to not think of yourself as a victim. Prioritize self-care and develop a plan to keep yourself busy. Look for useful professional development courses online, start an exercise regimen to keep your spirits up. Update your resume and make a list of friends and acquaintances who could help you find a new job.

Research shows that talking about it with a loved one, a trusted friend, therapist or coach can help with the process of acceptance and getting on with what needs to be done.

A study by Dr James W. Pennybaker, an American social psychologist at the University of Texas, Austin, involving a group of laid-off engineers, found that those given the task of writing about their feelings for 20 minutes a day, for a few days, were three times more likely to get a job within the next few months, compared to the other group that was asked to write on a neutral topic such as time management. This could be because when you feel you're in control of your emotions, you are better equipped to explore practical options such as looking for a new job, starting something on your own, reskilling or relocating to another city. Make finding new possibilities your full-time job.

Initially, Rajesh was obviously very upset and spent a number of days curled up in bed. Seeing this, Nina took time off from work and even accompanied him to the first few sessions with the counsellor provided by the agency. Rajesh realized he had become too complacent in his job and was in denial of the reality around him. He had never thought of upskilling himself or investing in his own professional development. This insight helped him refocus his energy: from playing the blame game to acquiring new skills and equipping himself for a better job.

Rajesh and Nina then decided to move from Mumbai to Bengaluru, where his IT skills were more sought after. So a newly focused Rajesh first got himself a job, and Nina soon joined him after a transfer. The silver lining was that the cost of living in Bengaluru was lower and they could even fulfil their dream of owning an apartment.

Dr Dayal Mirchandani, is a Mumbai-based psychiatrist and author.