Create Your Own Mixed Tape With A Multifaceted Audio Mixer

Professional sound mixing is possible at home with an audio mixer 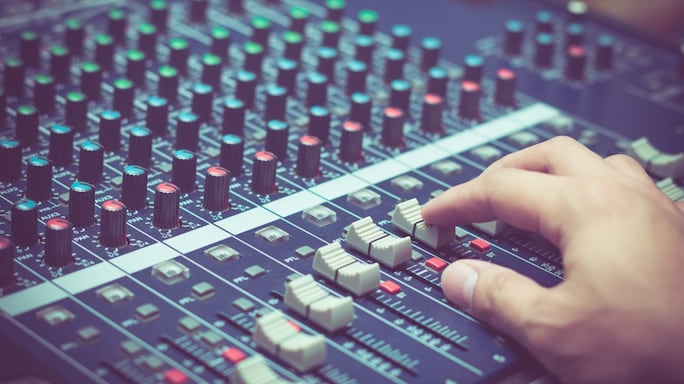 Thinking of setting up a recording studio at home? Set the bar high with an audio mixer. You can record music, podcasts and even recreate a DJ experience by mixing some live music.

An audio mixer is an electronic device that processes and monitors audio at the same time. It can be used in live concerts too.

Also known as a mixing console or a soundboard, a mixer can usually handle either digital or analogue signals. If you are creating a soundtrack, the mixer works well with vocals, drums, bass, synth, guitars and other instruments. It controls the frequency and timbre of sound and can even entirely change its character.

Split consoles, an earlier invention, had separate channel strip sections for different functions of the mixer—for instance, there were separate sections for handling the audio signal inputs and monitoring them. This design was rather rudimentary, which necessitated the development of a simpler model.

In-line mixers simplified the complicated operation of split consoles, while also adding to its functions. For instance, early in-line models were designed in a way that functions such as signal inputs and monitoring were handled by the same channel strips or sections. At the same time, with additional paths and channels, it became possible to make audio remixes of a much superior quality, in a relatively simple manner.

How to operate an audio mixer

To make full use of an audio mixer, one should be familiar with the various sections and cogs of the device and the different and varied functions of each of these components. Remember, each knob or switch on the console/mixer or each path/channel handles a unique feature of the sound input, and it is therefore critical to know the correct combination of operations to get the desired output. The device lends itself to experimentation but only if you have a proper grasp of the basics in the first place.