Caring for our Minds

With only 3,000-4,000 psychiatrists in India, it's time to revolutionize the way we look at mental health care. 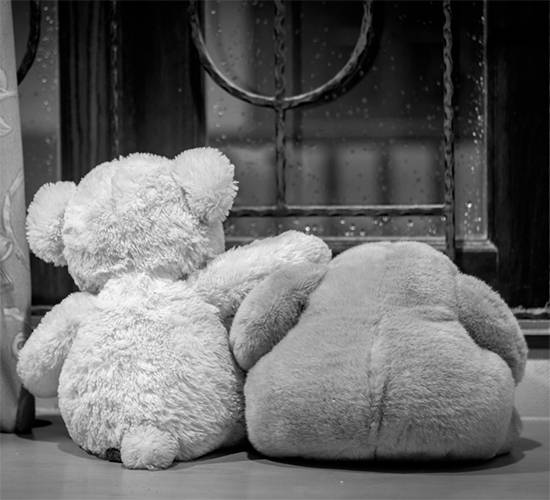 The number of people living with depression globally has increased by over 18 per cent between 2005 and 2015, according to a recent WHO estimate. In this respect, the World Health Day focus on depression is most relevant. Leading mental health expert Dr Vikram Patel discusses the lens through which it is viewed in India.

We have a shortage of specialists of every kind, not just psychiatrists. We have very few training opportunities, not least because the Medical Council of India has strangled specialist training, for example, by restricting training to medical colleges, even though most mental health care is dispensed outside their walls. Of the small number of psychiatrists we produce each year, a substantial number -- perhaps half -- emigrates, so there is a vast brain drain in psychiatry. In some developed countries, such as the US, Australia, Canada and Britain, there are more Indian psychiatrists per capita than those practising in India.

Also, a rounded psychiatrist would like to work in a team with other professionals, be able to offer psychotherapies and social interventions, and be based in a community setting. On the other hand, psychiatry practised in India is often in large mental hospitals or the private sector, which can be isolating. Ultimately, most psychiatrists end up becoming purely pill prescribers, which is only 30 per cent of what mental health care should actually comprise. Further, those who wish to pursue an academic career find that avenues are very limited and the research carried out is often of poor quality and out of context to the Indian reality.

We need to use the community worker approach to deliver psycho-social interventions, as research conducted by Sangath [co-founded by Patel, the NGO focuses on child development and mental health] has shown. We need to build skills in the primary care doctor to detect and treat mental health problems. There should also be a robust linkage between the specialists in medical schools and district hospitals with primary care. This is the same model of care used for all chronic diseases, not only for mental disorders. In fact, in the long term, the most sustainable way to improve access to mental health care is to see mental disorders as a chronic disease similar to diabetes. A chronic disease management system with integration of care for all these conditions is also needed.The Mental Healthcare Bill should improve matters, even though it is stuck in a parliamentary logjam. It gives much more agency and empowerment to people with mental disorders and their families. [The Mental Healthcare Bill was passed in the Lok Sabha on 27 March 2017]

Stigma is a major challenge and there is no simple solution here. What does work is disclosure: people coming out and talking about their experience of depression. Mental health is still looked upon as a rich man's disease by many. It is assumed that, if you are poor, then the symptoms of depression are simply an expression of the misery of your life. However, this is not a natural consequence of poverty and those who are poor and depressed deserve, if anything, even more of our attention than the rich.

Now, there is far more openness about discussing mental health problems and much less shame attached. When I started work in India two decades ago, I was often challenged about mental health being a priority for a poor country or that it was a 'Western' concern with limited relevance to people in other cultures.

Attention towards the young

One of the most important findings of psychiatry and child development is that deprivation -- like inadequate love and neglect, abuse, being separated from one's parents, being out of school, being exposed to violence -- early in childhood is associated with disruptive behaviour in adolescence. Most of the young men involved in the Delhi rape case had stories of such extreme deprivation. Such children only come to our attention when, as young men, they are violent, antisocial and lack a sense of remorse and guilt.

We need to see what happened in Delhi not as a problem of those four young men, but as a failure of our society to address child neglect. It is the failure of India to look after its children, particularly the most vulnerable, and recognize the complete absence of any child mental health services.

We know that suicide and self-harm are the leading causes of death among young people. Most mental disorders begin before the age of 24, although they are often first detected later in life. Facing a mental health challenge, or dealing with problems such as bullying in school, navigating the stresses of growing up, parental pressure or abuse can be extremely isolating, especially when you are an adolescent. Talking about mental health is the first step on the path to recovery.

World Health Day 2017 focuses on depression and talking about this condition. To this end, PHFI will launch a campaign and website called It's OK To Talk, (itsoktotalk.in) on 8 April, dedicated to adolescents' and young people's mental health in India. It is a safe space to discuss experiences with mental health, illness and well-being, and a community to connect with.

As told to Team RD

Dr Vikram Patel is a psychiatrist and researcher. He is the co-director of the Centre for Control of Chronic Conditions at the Public Health Foundation of India (PHFI).