If Chinese is your favourite cuisine, these key ingredients will help you make gourmet dishes at home 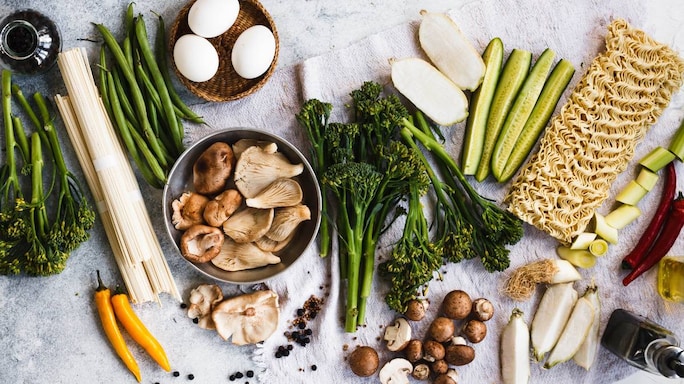 There’s much more to Chinese cooking than noodles, chilli paneer and fried rice. If you are looking to prepare restaurant-style Chinese food at home that tastes truly authentic, then stock on these five core ingredients that are essential to Chinese cooking, and are now easily available in India:

1. Soya sauce: Used in almost all Asian dishes, soya sauce is to Chinese cuisine what ketchup is to American food. Packed with umami (savoury) flavours, this sauce has become quite a popular pantry addition for chefs and foodies across the globe. While dark soy sauce has been in the Indian kitchens for as long as we can remember—an essential ingredient in one of our favourite birthday party foods, chowmein—it’s the lighter variety that is often used as a table condiment. With a lighter viscosity, it has a more vibrant hue and flavour as compared to the dark soya sauce and is more versatile of the two. Light soya lends itself well to stir-fries, marinades, salad dressing and braising of meats. It can be used as a dipping sauce too.

2. Sesame oil: Extensively used in Chinese cuisine, and throughout Asia, sesame oil—usually available as toasted sesame oil—has a deep amber colour and a rich, full-bodied nutty flavour. Just a touch of sesame oil can lift a dish and give it that authentic Asian flavour—it makes for the perfect addition to salads, stir-fry dishes, dips, sauces and more. Sesame oil is generally used for sprinkling over dishes and not for frying.

3. Shaoxing wine: Named after the region of its origin, Shaoxing in east China, this cooking wine is a kitchen essential in every Chinese household and Chinese restaurant across the globe. Made from fermented rice, this wine has a sour and spicy flavour with notes of caramel (like Sherry) which gives it an edge over regular vinegar. Great for Asian stir-fries, meat and fish preparations, it adds a lovely aromatic flavour to dishes.

4. Dried mushrooms: With a lovely meaty texture, dried mushrooms (preferably dried Shiitake) add a whole new dimension to the flavour profile of an Asian dish. Unlike freshly bought button mushrooms, cooked shiitake has a velvety texture. Packed with umami flavours, they can be easily stored in airtight containers for months, to be used whenever you wish to rustle up a quick dish. The best part is that you can use the rehydration liquid as a stock to elevate any dish.

5. Oyster sauce: Not for the faint-hearted, this sauce is bold and beautiful. As the name suggests, the sauce is basically made of oyster juices, salt, sugar, and sometimes soy sauce that is thickened with cornstarch. This Asian version of barbecue sauce can elevate an otherwise boring stir-fry to umami deliciousness. Its slightly sweet and salty flavour makes it one of the most sought-after sauces in Chinese cuisine.