7 Power Foods In Your Pantry

No need to spend big bucks on the latest exotic health food. The best eats for your health are the ones you know I first read about açai berries and goji berries a couple of years ago. Originating in South American rainforests and remote northern China respectively, they were praised for their high concentrations of disease-fighting antioxidants. I found a health food store that carried the dried berries and bought a small (200 g) packet of each—at about eight euros (₹652) apiece.

My husband and I would have a few a day, and soon had to buy more. I wondered whether their purported health benefits were worth the money, and after some research discovered that blueberries, fresh or frozen—widely available and about half the price—are one of the best sources of antioxidants. And credible studies show blueberries actually fight disease, whereas açai and goji berries are, as yet, unproven.

New ‘superfoods’ are forever making headlines. We’re now hearing about the wonders of teff (an Ethiopian grain), maca powder (Peruvian ginseng), yacon root syrup (from the Andes), tree water and even powdered crickets. Sure, they may be good, even great, for you. But the healthiest foods have been in the supermarket all along—with modest price tags and backed by research proving they’re healthy. Enjoy these as part of a balanced diet that includes whole grains and vegetables.

Berries such as Indian gooseberries (amla), strawberries, blueberries and grapes are naturally high in antioxidants—substances that help fight ‘free radicals’. Free radicals are unstable molecules in the human body. If the body is not able to process them, they can cause oxidative stress, which has been linked to heart disease, cancer, arthritis and other inflammatory conditions. Recent research has been establishing the role antioxidants play in preventing cancer. According to the journal Oxidative Medicine and Cellular Longevity, not only does amla’s antioxidative properties slow down cancer cells but the berry’s tannins and flavonoids also seem to help destroy them.

Berries help lower your risk of developing type 2 diabetes too. A report by Harvard School of Public Health that looked at data of close to two lakh medical professionals showed that the regular consumption of foods rich in anthocyanins—compounds that give fruits their unique blue, purple and red colours—significantly brought down the chances of type 2 diabetes.

The same study also found that drinking fruit juice, however, increased the chances of type 2 diabetes. Says Lovneet Batra, a Delhi-based nutritionist, “It’s always best to have whole, fresh fruit, especially because antioxidants in berries lose their functionality when they come in contact with oxygen.” Berries that are rich in anthocyanins include red and black grapes, blackcurrants and strawberries.

People who suffer from long-term conditions such as arthritis, sinusitis and asthma also experience chronic inflammation as their immune system is constantly fighting the condition. Chronic inflammation eventually leads to organ damage such as the heart in cardiovascular diseases or the brain in Alzheimer’s. The flavonoids, anthocyanins and other polyphenol compounds present in berries, especiallyamla, have potent anti-inflammatory properties that may stave off organ damage.

“If you can’t have amla raw, then try pickling it,” says Batra. “The sugars and salts present in homemade amla pickles preserve much of its antioxidants.”

Yogurt contains bacteria—Lactobacillus and Bifidobacteria—called probiotics. There is emerging evidence that these bacteria have positive effects on brain health. For instance, a 2015 study published inPsychiatry Research found that probiotics helped reduce social anxiety in young people who were genetically predisposed to neuroticism—a psychological trait that makes people prone to anxiety, depression, etc.

In the same study, published in the British Journal of Nutrition, the US-based researchers also noted that the post-meal glucose levels of the obese participants dropped more quickly when they began their meal with yogurt. This, according to the researchers, demonstrates improved glucose metabolism. “Eating 200 g of low-fat yogurt before a meal is a feasible strategy to improve post-meal metabolism and thus may help reduce the risk of cardiovascular and metabolic diseases,” says Ruisong Pei, a University of Wisconsin–Madison postdoctoral researcher involved in the study. “Diabetics tend to greatly benefit from consuming yogurt,” says Batra. However, dairy is linked to polycystic ovarian syndrome (PCOS) and it’s best to know the source of your milk to reap the benefits of yogurt.

Garlic is definitely a superfood with its anti-oxidative, anti-inflammatory, antimicrobial and antibacterial properties. Garlic contains the chemical compound alliin, which on crushing becomes allicin, an amino acid that has shown to dissolve cholesterol in test tubes. However, allicin is unstable and tends to degrade on cooking.

Consuming raw garlic has a host of benefits. Researchers from the Jiangsu Provincial Centre for Disease Control and Prevention in China, for instance, found that people who ate raw garlic at least twice a week during a seven-year study period had a 44 per cent lower risk of developing lung cancer. Surprisingly, garlic seemed to reduce the risk of lung cancer even in smokers. According to Batra, crush or chop garlic before consuming it because “allicin works best after it has come into contact with oxygen”.

While garlic’s effect on lowering cholesterol has thrown up mixed results, it is a proven natural blood thinner. Blood clotting is a necessary process, but sometimes it can be potentially dangerous. People who smoke, take oral contraceptives, have diabetes, are obese and over the age of 65 can all develop fatal clots in their lungs, arteries and brain. “But have one clove at a time,” warns Batra, as garlic is a potent herb and can interfere with your medication.

Also called legumes and pulses, these include lentils, kidney beans, black beans, chickpeas and many others. Dieticians say they are a perfect balance of fibre, protein and complex carbohydrates. Plus, a 2016 study from Sorbonne University in Paris, published in the British Journal of Nutrition, found that dietary fibre such as that in beans lowered prostate cancer risk.

Because beans are a very good source of protein, you can use them to reduce your meat consumption. The World Health Organization warned in 2015 that red and processed meats may increase rates of several cancers, including colorectal. That’s the world’s third most common cancer; 13 of the 20 countries with the highest rates are European. “Replace some of the meat with beans in soups and stews,” suggests Sarah Schenker, a UK-based nutritionist.

“Beans release their energy slowly, which is good for blood-sugar levels and appetite control, so they help with weight management,” she says. And they’re cheap; you can buy them tinned or dried; and you can enjoy them as dips, such as hummus. “Don’t ignore beans,” says Schenker. “Go down that aisle in the supermarket.” 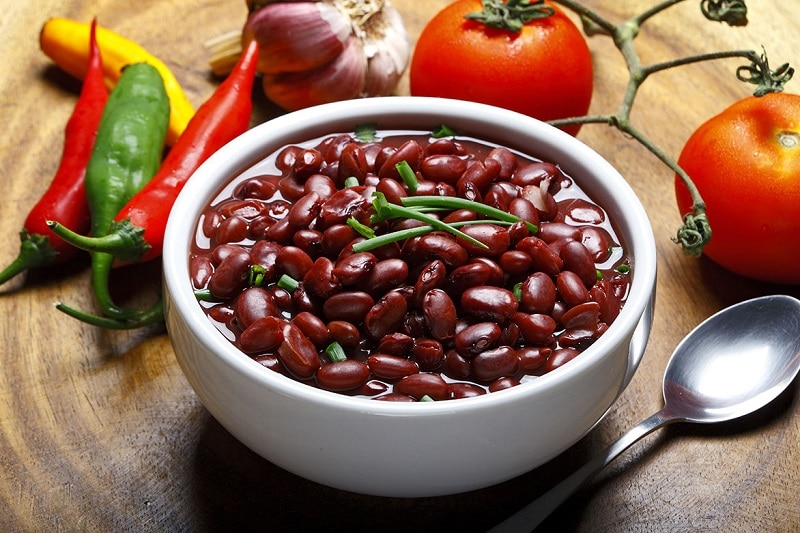 These nutrition powerhouses are a staple of the Mediterranean diet, which has been linked to longevity. One of their best qualities? “Nuts can prevent some cardiovascular diseases,” says Ellen Kampman, a professor of nutrition at Wageningen University in the Netherlands. Kampman helped develop the recently updated Dutch Dietary Guidelines, which recommend a handful of unsalted nuts daily.

That recommendation is reinforced by 2016 research from the UK and Norway showing that, compared with people who didn’t eat nuts, those who ate 28 g (a handful) a day cut their coronary heart disease risk by nearly 30 per cent. The reason? Nuts and nut butters are a great source of unsaturated fats that help lower blood cholesterol.

When it comes to nut butters, choose all-natural, with no added sodium or sugar. And for a tasty snack or topping for salads and rice dishes, brown nuts briefly in a pan with soy sauce, suggests Claudia Thienel, a German nutritionist. 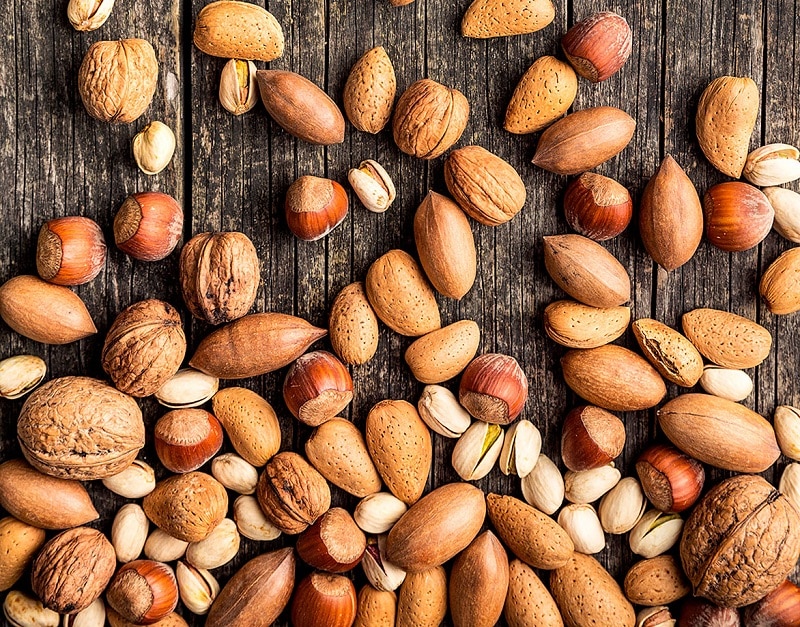 It’s not news that oats reduce low-density lipoprotein (LDL or ‘bad’) cholesterol levels, boosting heart health. LDL cholesterol sticks to blood vessel walls and can cause blockages or clots. A 2016 British Journal of Nutrition study review shows oats are even better for cholesterol than earlier thought. Researchers at the University of Toronto, Canada, looked at 58 clinical trials involving nearly 4,000 people globally and found that oats—whether instant, quick-cook or coarse— lowered LDL cholesterol and apoB (a lipoprotein that carries bad cholesterol through the blood) but not high-density lipoprotein (HDL). In other words, having oats reduced the total bad cholesterol levels without affecting the healthy HDL kind.

Vladimir Vuksan, a professor of medicine who led the research, says these benefits came from eating 3.5 g a day of beta glucan, a soluble fibre in the oat’s bran.

Vuksan says it would be difficult to consume that much beta glucan by eating oatmeal alone. One cup of cooked oatmeal has about 1.5 g of the fibre, so you’d need more than two cups of oatmeal—not a good idea due to oats’ carbohydrate content (a diet high in carbs can cause blood sugar spikes). “So simply add oat bran to foods,” he says. It’s widely available; you can sprinkle it over soups, salads or cereals, and bake with it.

When making oatmeal, says Sue Mah, a registered dietician in Toronto, “Use steel-cut or quick-cooking oats. Those types are slower to raise blood sugar than instant oats.” You can boost the fibre content by adding nuts or seeds and fresh fruit, she added.

A Japanese study of approximately 90,000 people over 10 years, published in 2016 in Cancer Science, found that those who drank lots of green tea had lower risks for certain cancers, including gall bladder and bile duct. A type of polyphenol antioxidant that’s abundant in green tea may be the reason.

Green tea has also been linked to brain health. A 2012 lab study by the University of Basel, published in European Journal of Clinical Nutrition, showed evidence that green tea boosted activity in the part of the brain responsible for working memory, which tends to decline with age.

Green tea may have more of the beneficial polyphenols than black tea, but both types are good for you. Says Schenker, “They have among the highest concentrations of polyphenols found in any plant.” Both are proven to help prevent cardiovascular disease. That’s why the Dutch Dietary Guidelines recommend drinking tea, says Kampman. “For something different, enjoy it as iced tea, with fresh mint and maybe sliced fruit,” Thienel suggests.

Of course, no single food is a magic bullet. Says Dr Yoni Freedhoff, an Ottawa-based doctor and author, “To me, ‘superfoods’ are balanced meals you’ve cooked from fresh ingredients and then enjoyed, ideally, around a table with family.”