A new chief minister and an Aadhaar record make the headlines. 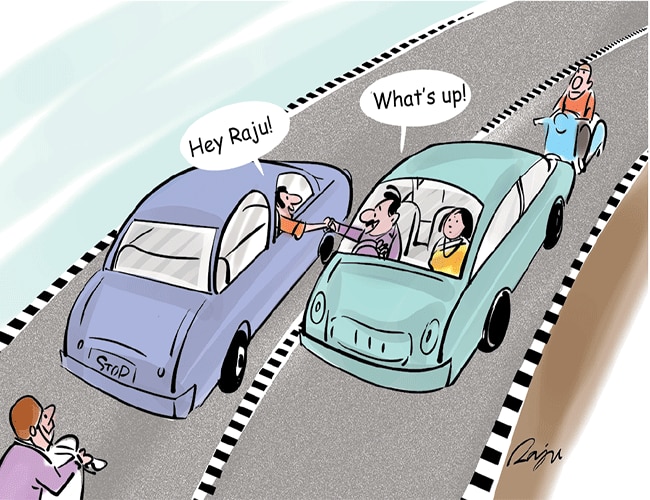 A STUDENT from Bengaluru has done what no diplomatic envoy could do before---he has booked a round trip to North Korea on a cab. A glitch in the Ola taxi app allowed 21-year-old Prashant Shahi to reserve a trip to North Korea for about Rs 1.5 lakh, a minor expense for entry into the world's most secretive country. Shahi shared screenshots of his booking on Twitter, prompting other pranksters to book Ola cabs to Antarctica, Amsterdam and Canada. Ola joined in the joke and said, "When we said we wanted to shoot for [the] moon, we didn't literally mean it."

TRIPURA'S NEW CHIEF MINISTER, Biplab Deb became an internet sensation, thanks to his meme-inspiring comments. According to him, the internet existed at the time of the Mahabharata (roughly 5,000 years ago); only civil engineers should take the civil services exams; Rabindranath Tagore returned his Nobel (the poet laureate had renounced the British knighthood, not the Swedish prize). Deb wasn't done, though. His advice to the Tripura youth? Rear cows instead of chasing government jobs. Well, if the shoe fits.

MOST NEW PARENTS TAKE photos of their newborn's first minutes to capture the moments for posterity. But the parents of a baby girl in Maharashtra enrolled their newborn for Aadhaar, a biometric card issued by the Unique Identification Authority of India (UIDAI), within 1.48 minutes of her birth. Saachi may have set a record for being the youngest Indian to have Aadhaar. At least she won't be inundated with messages to link her mobile with the precious number!

A DONKEY was recently issued an 'admit card' for a recruitment test for naib tehsildars in Jammu and Kashmir. The card, issued in the name of 'Kachur Khar' (brown donkey), even had a photograph of the prospective candidate grazing in a field. The authorities said the prank and the failure to detect it "is not going to dent the image of the Services Selection Board". But that hasn't stopped readers from laughing their heads off.